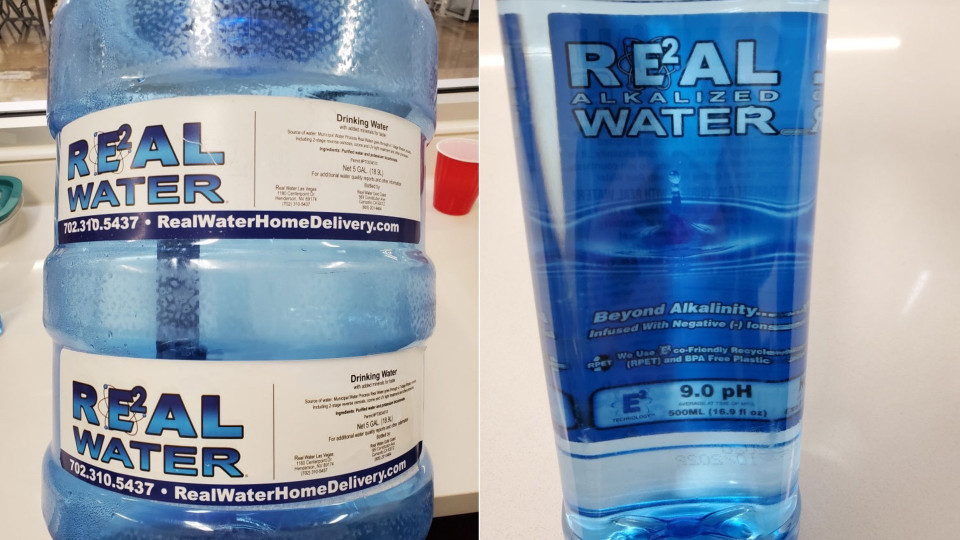 LAS VEGAS (KLAS) — One human death, several pet deaths, liver transplants, multiple miscarriages and other ailments are listed as claims involving Real Water, a now-shuttered brand that is the basis of several lawsuits reviewed by the 8 News Now Investigators.

Real Water sold alkaline water, which has a pH level higher than tap water, through a home delivery service and in bottles sold in stores. The water was marketed as “the healthiest drinking water available today,” according to several lawsuits filed since last year.

According to one recent lawsuit, more than 50 people “that suffered severe liver damage” have filed claims in court, lawyers for several plaintiffs said.

As of last fall, at least 18 cases of acute non-viral hepatitis in Clark County were linked to Real Water, according to the Southern Nevada Health District. Three additional cases were reported in California, according to the CDC.

Acute non-viral hepatitis is an inflammation of the liver that can be caused by exposure to toxins, autoimmune disease or drinking too much alcohol.

The health district said at the time it was investigating 50 additional reports. Five cases involved children.

Each of those investigations is based on people who self-identified to the health district, were reported by a health care provider, or because their Real Water subscription was canceled due to health concerns, officials said at the time.

Lawyers for Kemp Jones, a firm representing several Real Water clients, believe there were three distinct outbreaks where too much of the company’s concentrate was allegedly added into the product. According to a prior lawsuit, the concentrate used in Real Water is made up of calcium, magnesium, potassium and sodium.

The firm believes the outbreaks occurred in 2018, the fall of 2019 and the late summer and fall of 2020, documents said.

A woman in her 60s died from liver failure in 2020 in what lawyers believe was the first death connected to Real Water, a lawsuit claimed. The woman, identified in court documents as Kathleen Ryerson, received Real Water via home delivery and was hospitalized with severe liver failure in September 2020. She was hospitalized a second time in October 2020 and died on Nov. 11, 2020.

Her death remains the only human one possibly connected to the water, records showed. Lawyers believe five dogs died during the outbreaks, documents said.

In March 2021, the U.S. Food and Drug Administration recommended consumers, restaurants and retailers discontinue drinking, cooking with, selling or serving the water. The company ceased operations that June, according to the FDA.

The Las Vegas-based company issued a statement in March 2021, saying it was notified of a potential problem with its water on March 16 and that the problem dated back to November 2020.

In a video posted in March 2021, the company’s majority owner and founder apologized to customers. The company has not released a statement since, however, lawyers for the company and others named in the lawsuit have denied the allegations in court documents.

It remains unclear when a jury trial could start and how and if the cases could be combined.