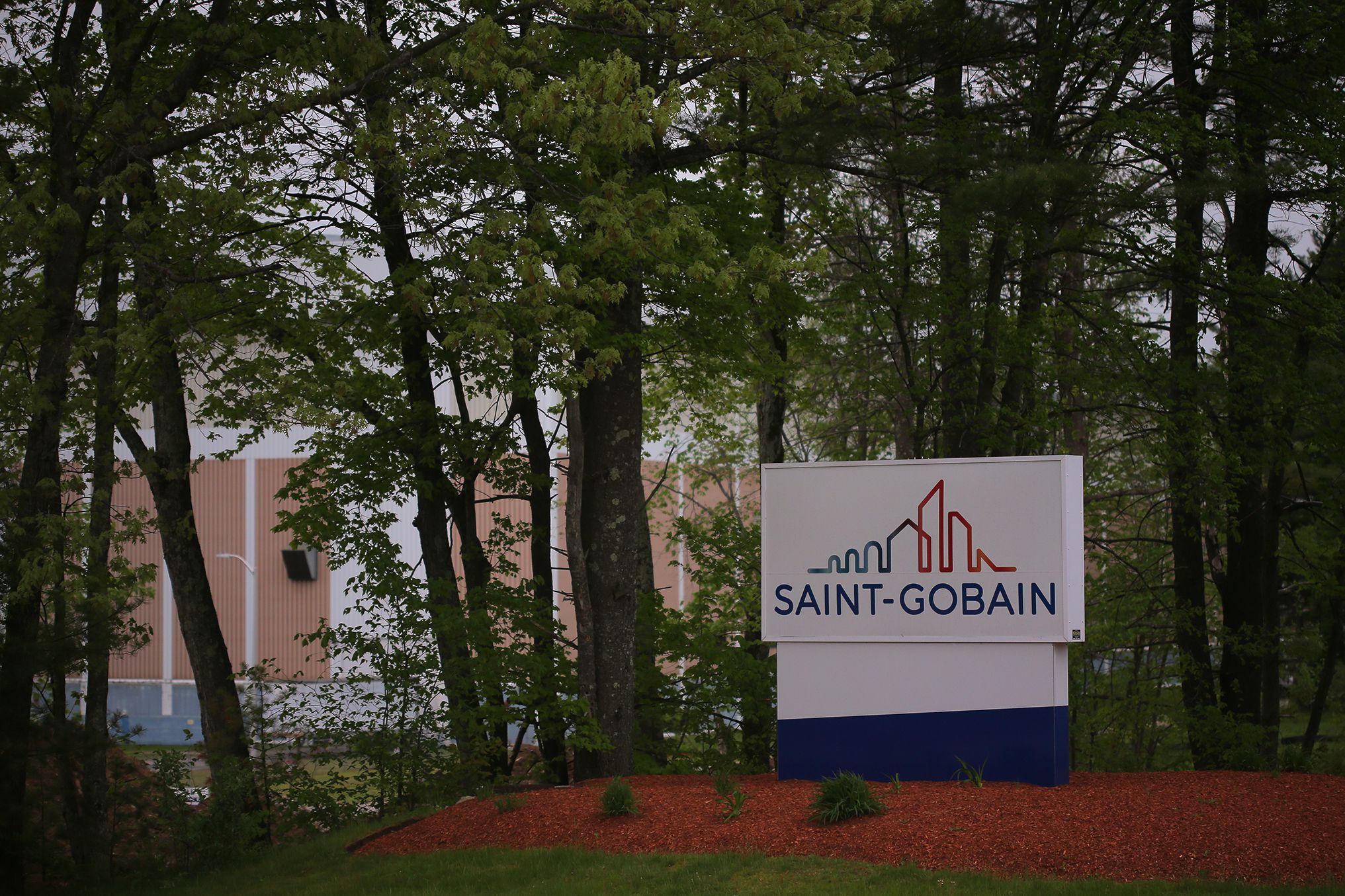 The pollution is a result of emissions from a plastics manufacturing plant.

Saint-Gobain, a major plastics manufacturer, is blamed for some of the worst drinking water contamination in New Hampshire, a result of pollution from PFAS chemicals disseminated through their stacks. Lane Turner/Globe Staff

About 1,500 residential wells in southern New Hampshire have been found to be polluted with harmful “forever chemicals” as a result of emissions from a nearby plastics plant.

About 1,350 more have been identified as potentially being polluted, but the company responsible is refusing to pay for testing of the wells or for remediation.

The pollution comes from Saint-Gobain Performance Plastics, which manufactures everything from radar domes to insulation for special hoses, The Boston Globe reported Sunday. The factory emits PFAS, which stands for per- and polyfluoroalkyl substances.

PFAS exposure, even when the amount of PFAS is small, has been linked to kidney and testicular cancer, liver disease, high blood pressure, pre-eclampsia during pregnancy, and low infant birth weights, according to the CDC.

PFAS are often called “forever chemicals” because they take a long time to break down in the environment, and never really break down fully. This means they essentially stay in your body permanently if you’re exposed.

The plastics plant has released thousands of pounds of PFAS through its stacks over the years, even before Saint-Gobain took over the plant in 2001, the Globe reported. The chemicals traveled on the wind at least six miles in every direction, getting into groundwater and private wells.

State officials were made aware of the pollution in 2016 after one particular PFAS chemical was found in such high concentrations in the water system in Merrimack that the state shut down two public wells, the Globe reported.

The concentration of PFAS in the Merrimack wells exceeded the concentration levels deemed safe by 10 times, the newspaper wrote. Since then, New Hampshire has enacted even stricter PFAS concentration standards for drinking water.

Saint-Gobain took responsibility for the pollution in a settlement agreement it reached with the state in 2018, the Globe reported. In the agreement, the company promised to alert homeowners in an approximately 65-square-mile area around their plant about possible contamination of their wells, cover the costs of PFAS testing, and provide clean drinking water for many of the contaminated wells.

But, importantly, the newspaper wrote, Saint-Gobain didn’t agree to cover testing and remediation for wells that could have potentially been polluted by another source.

As of April 2022, the Globe reported, Saint-Gobain had identified 3,691 wells that could have been contaminated, of which about 1,000 were found to have higher PFAS concentrations than the state allows.

But there are many more wells that Saint-Gobain will not take responsibility for, including about 700 inside the 65-square-mile zone, and another 650 just outside it, the Globe reported.

Environmental advocates told the Globe they believe there are likely far more wells in the area that are contaminated with PFAS as a result of Saint-Gobain.

Peter Clark, a spokesman for Saint-Gobain, told the Globe that the company should not be held responsible for wells inside the zone that may have been contaminated through other means.

“Given these properties’ proximity to other potential sources of PFAS, including a nearby fire station, our company believes other entities should be involved in sampling efforts in this specific location,” he said.

In a letter to Saint-Gobain last month, state officials urged the company to submit a plan to test the 700 wells the state identified within the 65-square-mile zone, the Globe reported.

In a separate statement, the newspaper reported, state environment officials said many wells outside that zone are located “within inferred areas of impact from Saint-Gobain’s releases.”

“All water supply wells within the [65-square-mile] Outer Boundary are at some level of risk for contamination due to air emissions from the Saint-Gobain facility, and therefore need to be evaluated,” Jeffrey Marts, a Department of Environmental Services official, wrote in the letter.

Saint-Gobain also has yet to test 40% of the wells it claimed responsibility for in 2018, and had only provided bottled water to about a quarter of the residents who are now dependent on bottled water, the Globe reported based on a report the company provided to the state last month.

Saint-Gobain said in the report that it hasn’t been able to reach at least 1,250 of the property owners.

Clark and other company officials told the Globe they are doing everything they can to reach out to homeowners, including mailing, holding public meetings, and providing updates to public officials and on a company website.

When asked why they weren’t knocking on doors, the Globe wrote that Clark didn’t answer directly.

“Our company has taken every reasonable step to ensure residents are informed and kept updated on our work,” he said.

Nearly 1,500 wells have been identified so far that Saint-Gobain has taken responsibility for, the Globe reported.

So far, Clark told the Globe, the company has distributed nearly 500,000 gallons of bottled water and installed more than 15 miles of water lines that have provided potable water to 622 homes.

Saint-Gobain has also spent millions of dollars installing measures to cut down the plant’s PFAS emissions, Clark added, though environmental advocates have questioned the efficacy of these measures and the way the company tests for PFAS.

Last December, the Globe reported, state officials released a report that found that between 2009 and 2018, residents in Merrimack had a 42% higher rate of kidney cancer than residents in the rest of New Hampshire.

“While this preliminary data does not necessarily indicate the presence of a cancer cluster, any data that points to the possibility of increased illness in our communities warrants closer examination,” Patricia Tilley, a Department of Health and Human Services official, said in a statement accompanying their report in December.

Stay up to date on all the latest news from Boston.com