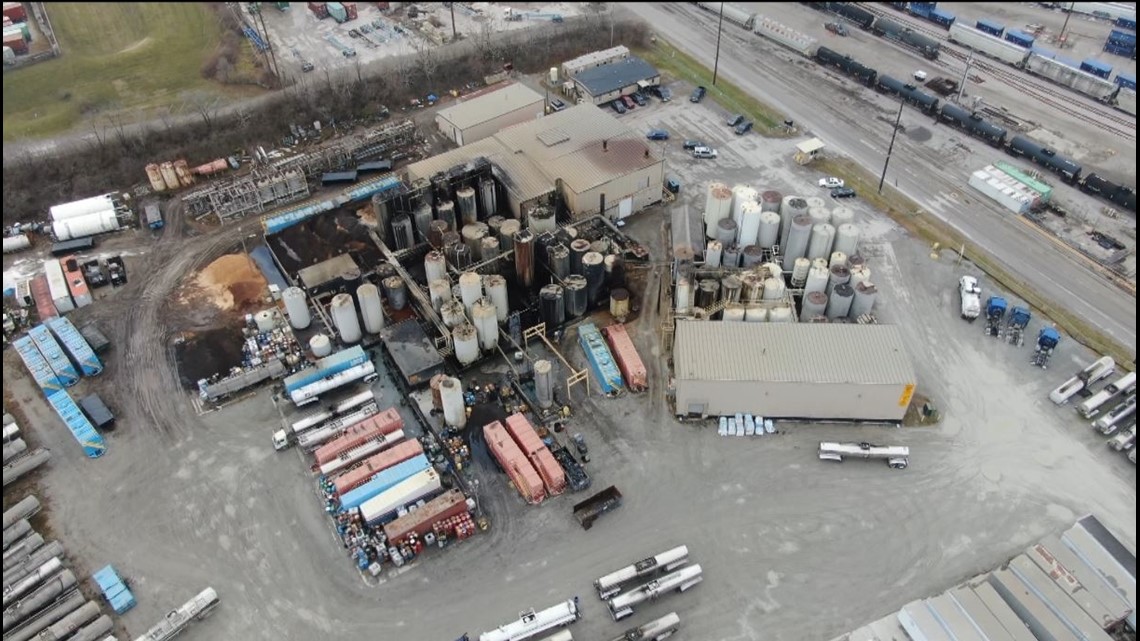 The company has agreed to give up a permit but has yet to tell regulators what it will do with industrial wastewater in the future.

INDIANAPOLIS — Citizens Energy Group blocked sewer access to a plant on the southside of Indianapolis. The move comes after Metalworking Lubricants racked up numerous environmental violations. The company has agreed to give up a permit but has yet to tell state regulators what it will do with industrial wastewater in the future.

“My concern is this facility may release very dangerous amounts of wastewater into our, our environment, said Gabriel Filippelli, a professor of earth sciences at IUPUI.

Citizens reported oil and other pollutants in the wastewater-damaged equipment, telling 13News in 2020 it was averaging 95,200 gallons of wastewater a day. That number has dropped significantly over the last 2 years, ranging between 12,000 to 26,000 gallons of industrial wastewater between May and November of 2022.

“Citizens has never had to take an action, you know, like this to force an industrial industry to relinquish an industrial pretreatment permit,” said Citizens spokesman Dan Considine. “…We take our responsibility to protect the environment and help the health and safety of our community very seriously. So, this isn’t an action we wanted to take. We tried to work with this company to get in compliance, but that simply wasn’t possible.”

An agreement between the two states the company exceeded discharge limits more than 240 times over a couple of years, and it had other violations as well.

“It’s against the law for them to be discharging that kind of material to a sanitary sewer,” Considine said.

Citizens tells 13Investigates if the Michigan-based company wants to continue normal operations, it will need to find a new way to store and likely ship its industrial wastewater somewhere to be treated. The company gave up its industrial discharge permit. As of Dec. 1, it was legally and physically blocked from sending wastewater to the utility.

For the last week, 13Investigates has tried to find out what’s next for the company, including if it planned to stop producing wastewater or possibly store wastewater at its Senate Avenue location and then ship it elsewhere.

Multiple calls and emails to a company executive and its attorneys went unanswered. 13News did reach a live person Friday, however the call was put on hold before being disconnected. That happened twice.

13Investigates also reached out to the Indiana Department of Environmental Management (IDEM) to find out if it knew what the company planned to do going forward. IDEM sent this email response to 13News:

The statement goes on to say the company has not notified or been contacted about an application for any new permit. IDEM tells 13News if it wants to store wastewater, “it may be subject to a waste determination. If it is determined to be a hazardous waste, then it would be subject to generator standards under the Hazardous Waste Management Program.”

Filippelli said the lack of a plan is worrisome, since the company has a history of water and air violations.

“If there’s not a clear plan, I’m worried their plan is just to store it on site and storage onsite of that much water, especially if it’s contaminated, can cause real issues,” he said. “It can be accidentally released… storage containers leak. Ultimately, I’m worried that the facility will again cause an environmental catastrophe like we’ve seen here in Indiana over the decades.”

In March 2021, the company said it would clean up its act and pay $1.6 million in penalties and damages. Despite that agreement, Citizens found more violations and in November, the two groups agreed to $995,000 in additional penalties.

The company has reportedly paid the majority of penalties and damages already. 13Investigates learned in September the state and US government signed a consent decree connected to clean air violations. It included $310,000 in civil penalties and the company is also required to spend $500,000 on updates. Metalworking Lubricants signed the consent decree but did not “admit that the alleged violations occurred and does not admit any liability to the United States or the State arising out of the transactions or occurrences alleged in the Complaint”