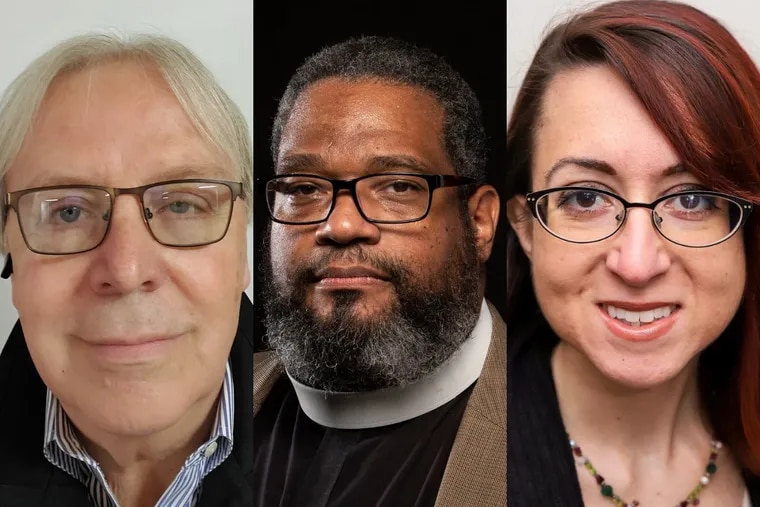 The city is looking for ways to diversify Philadelphia Gas Works’ revenue while also reducing the utility’s emissions — and the debate over potential alternatives is extremely technical. A study published by the city last month recommended that PGW try out three pilot programs.

The Inquirer asked three locals with unique experience and views on issues of energy and climate to explain how weatherization, geothermal heating, and biofuels could impact Philadelphians — and contribute to the city’s efforts to reduce greenhouse gas emissions.

Weatherization is a term used to describe the process of making a home more comfortable and energy efficient. When my company weatherizes a home, our goal is to reduce the energy load by 25% — the energy that you no longer use translates to financial savings for the consumer and lowers greenhouse gas emissions. Weatherization is one of the very few things that homeowners can do to their home that returns money to them.

The challenge is that it can be expensive.

Some help does exist. The federal Weatherization Assistance Program, which is the largest program in the country, is funded by the Department of Energy. That program can provide weatherization to households making less than 200% of the federal poverty level (an annual income of about $53,000 for a family of four). Once homeowners are eligible, they don’t have to pay a cent to weatherize their home.

The real problem exists for those who live between 200% and 400% of the federal poverty level — for example, a family of four making $53,000 to $106,000 annually — and want to make their home more energy efficient. Based on existing criteria, those homeowners have to figure out how to fund weatherization themselves, a process that can cost about $3,000 to $5,000 for an average-size home.

One possible solution: Raise the bar for eligibility to allow folks who earn up to 400% of the federal poverty level to receive free weatherization. That will expand this effort to many more households.

Steve Luxton is the executive director and CEO at the Energy Coordinating Agency of Philadelphia, a nonprofit that has been weatherizing homes since 1984.

Like many cities, Philadelphia faces a series of interconnected crises: poor air quality and high rates of asthma, high energy bills, and the disastrous effects of climate change. These problems cause the greatest harm to low-income Philadelphians and communities of color. POWER Interfaith and other organizations devoted to economic and racial justice have advocated for PGW to explore making large-scale investments in networked geothermal heating and cooling systems as a way to address these problems simultaneously.

Gas appliances produce dangerous indoor air pollution. People who have additional risk factors — often produced by racism and poverty — and who have the least access to health care, experience the greatest harm from this pollution. Replacing fracked gas with gas from landfills or sewage plants, as many gas utilities have suggested, would not improve air quality in our homes. Geothermal technologies, in contrast, use electric heat pumps to heat or cool buildings. This is the cleanest way to provide heating or cooling for homes.

The move away from gas needs to be carefully planned and coordinated to protect low-income residents. Many low-income Philadelphians already experience a high energy burden, which means they pay too much of their income for gas and electricity. If higher-income residents who can afford to switch to electric appliances stop buying gas from PGW, that could raise prices for remaining PGW customers.

Some argue that moving away from natural gas could eliminate PGW workers’ jobs, and imperil PGW retirees’ pensions. However, if executed thoughtfully, the creation of a system of water pipes heated by the earth’s energy can do just the opposite: maintain jobs for PGW workers and provide climate and financial incentives for all ratepayers to continue to rely on PGW for heating and cooling. While the upfront costs would be significant, they can be offset by redirecting some of the money PGW now pays to maintain and rebuild the current gas infrastructure, and the new geothermal infrastructure would last for decades.

Through a careful transition to geothermal energy, PGW can invest for the long term on behalf of all Philadelphians. Such an investment could limit the financial burden on individuals, reduce customers’ bills, and limit harm to low-income residents and PGW workers.

Renewable natural gas, or RNG, is biogas that is made by the decomposition of organic material at landfills and other waste treatment sites. Once recovered and processed, RNG can be delivered by your utility and used in place of natural gas. These uses include home heating and cooking, and industrial processes like electricity generation.

RNG is mostly methane, which is estimated to be as much as 80 times more potent of a greenhouse gas than carbon dioxide. Using RNG as a fuel reduces methane leakage into the atmosphere from landfills and other waste treatment facilities. In addition, RNG is obtained without drilling or fracking. Using RNG also reduces harmful disruption to air, ground, and water resources that occurs when fossil natural gas is recovered. Finally, RNG is a readily available and sustainable alternative to finite fossil natural gas reserves.

Is there enough RNG to replace all fossil gas? No. But a 2019 study by the consulting firm ICF estimated that the potential for pipeline-quality RNG production could meet 10% to 24% of U.S. natural gas consumption needs by 2040. And an informal survey of Pennsylvania landfills by the Energy Co-op several years ago suggests that there is enough biogas available in Pennsylvania to supply RNG to all Philadelphia residential customers.

RNG will not be the sole answer to global warming and climate change. But wide-scale recovery and use of RNG would be a major step toward a carbon-neutral planet and a more sustainable energy future for all Philadelphians.

Alexandra Kroger is the energy programs director of the Energy Co-op. The Energy Co-op is the first and currently only supplier of RNG to Peco and PGW customers.