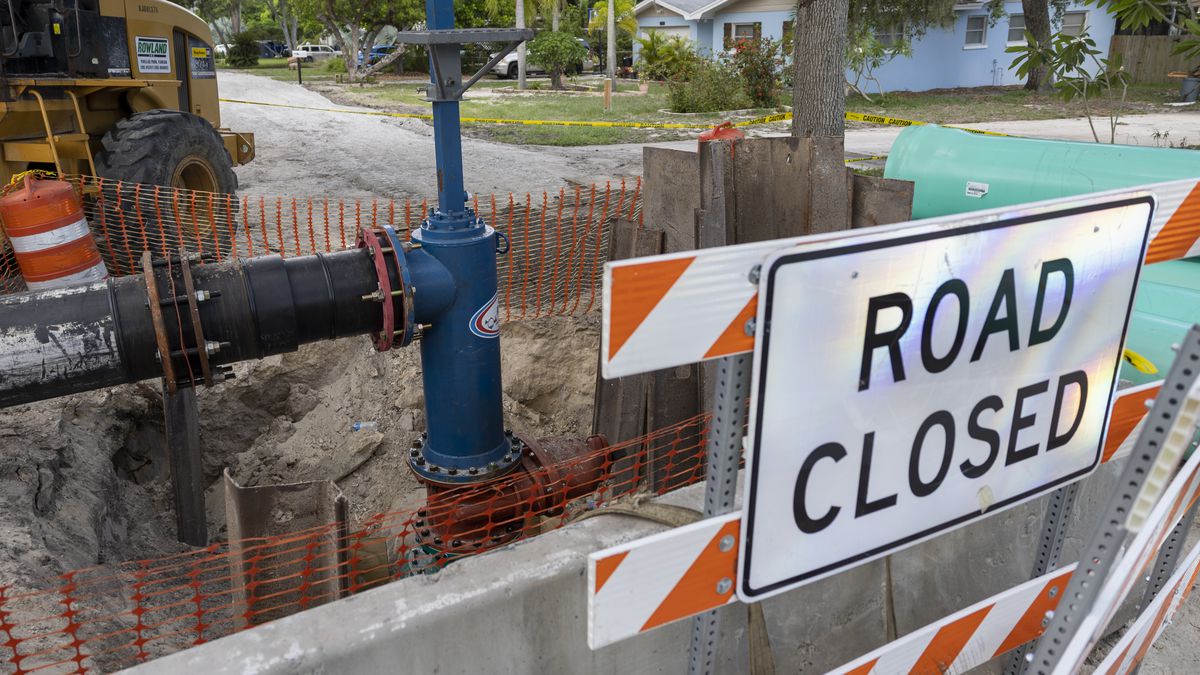 Barry Medlock saw the sewage bubbling when he went to fetch the Sunday paper.

The 62-year-old quickly returned to his home on 53rd Avenue North, only to find that the wastewater had beaten him. The remnants from people’s showers, dirty dishes and toilets trickled into his driveway, flowing toward the backyard. Sewage flooded the yard next door, spilling into the garage. He vowed to keep his dog, Buffy, inside.

Sandbags and sewage runoff are seen in the driveway of a home located along 53rd Avenue North just east of Duhme Road Friday in unincorporated Pinellas County. [ CHRIS URSO | Times ]

“This is ground zero,” he told the Tampa Bay Times Friday afternoon.

A pipe running through Medlock’s neighborhood to a nearby treatment facility burst on Sunday morning, unleashing about 300,000 gallons of untreated wastewater. In the aftermath, residents put out sandbags and called insurance adjusters.

Cleanup efforts have recovered about 5,000 gallons of the wastewater and a disinfectant was distributed to the affected areas, Florida Department of Environmental Protection press secretary Alexandra Kuchta said in an email to the Times. The agency is investigating the spill and will determine if the South Cross Bayou Advanced Water Reclamation Facility at 7401 54th Avenue N. violated any regulations.

A portion of 53rd Avenue North will remain closed for the next few weeks for repairs, county officials said.

Sewer pipes are seen coming out of the ground along 53rd Avenue North just east of Duhme Road on Friday. [ CHRIS URSO | Times ]

“It’s just out of control,” said Marcus Irvin, one of the affected residents. “I cleaned quite a bit up because I can’t wait for the county to do it anymore.”

The county report notes the area received heavy rain prior to the rupture and there were no other apparent causes for the break.

“They have big tanker trucks out there sucking the wastewater out of the sewer so people can still use their showers and facilities,” King said.

Construction continued Friday afternoon as workers in lime green shirts dug in the street, preparing to replace the broken pipe. The dried up sewage still caked driveways and front yards.

Raw sewage is seen near a home along 53rd Avenue North just east of Duhme Road on Friday. [ Photo by Marcus Irvin ]