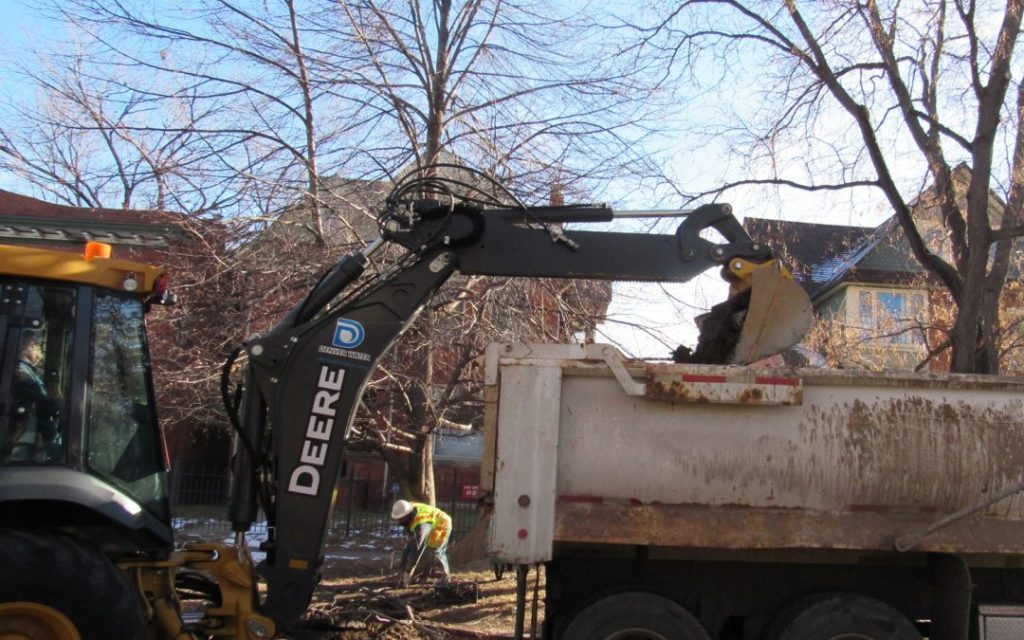 Hundreds of thousands of Coloradans exposed to drinking water tainted by lead from aging, corroded city pipes or so-called “forever chemicals,” will see clean water faster thanks to a historic infusion of $500 million from the federal government.

The money, largely from the new Bipartisan Infrastructure Law, is being funneled through the Colorado Department of Public Health and Environment over a five-year period and will allow miles of lead water delivery pipes to be replaced in towns across the state much faster than cities with little access to cash could achieve.

It will also be used to remove a set of chemicals known as PFAS, or poly and perfluoroalkyl substances, that are present in household and industrial products, such as Teflon and fire-fighting foam. The substances have been unregulated to date, although states and the federal government are writing new regulations to address the contaminants.

“The federal money is big,” said Nicole Rowan, director of the CDPHE’s Water Quality Control Division. “It’s a once in a generation opportunity to improve our infrastructure here in Colorado.”

To date, 67 Colorado water districts and communities, including the Academy Water and Sanitation District north of Colorado Springs, Limon, Louisville and Grand Junction, have expressed an interest in and are eligible for the funds, according to documents on file at the CDPHE.

Denver Water has been awarded $76 million to fast-track its lead pipe replacement program. The infusion will allow Denver to shave 1.5 years off the 15-year program, according to spokesman Jose Salas.

The City of Englewood also plans to apply, and will ask for $79 million to replace 8,000 lead service lines, according to Sarah Stone, deputy director of business solutions for Englewood Utilities.

Stone said the federal infrastructure funding will provide a critical boost to its efforts to remove lead from Englewood’s drinking water delivery system, if the city’s application is approved.

“We were extremely worried,” Stone said. “This means we can fund the program.”

Cities across the country, including Denver, Flint, Mich., Pittsburgh, Penn., Newark, N.J., and Washington, D.C., have been dogged by an increase in lead contamination as service lines age and corrode, allowing the lead to comingle with drinking water supplies, eventually reaching taps.

Denver Water, which is Colorado’s largest municipal water utility, has known lead was present at the tap in some of its customers’ homes since it appeared in routine sampling in 2013. The levels exceeded the benchmarks set under the Safe Drinking Water Act.

For several years, the utility ran pilot tests and negotiated with CDPHE and EPA over how best to eradicate the harmful metal. Though the amounts of lead found in Denver’s tap water samples varied, no amount of lead is considered safe to ingest, especially for young children.

The CDPHE issued an order in 2018 requiring Denver to begin adding phosphorous to its water, one of the most effective ways to reduce corrosion in pipes. But phosphorous is also a pollutant and causes problematic algae blooms in lakes and rivers. Adding it to the municipal drinking water supply would also make it harder for wastewater treatment operators to meet their own obligations to keep phosphorous out of rivers and streams.

Due to those concerns, Aurora, Metro Water Recovery, The Greenway Foundation, and eventually Denver, sued the CDPHE in 2018 to stop the order from taking effect.

The dispute was settled after Denver was able to obtain a rare variance under the Safe Drinking Water Act in exchange for agreeing to invest some $68 million over 15 years to replace lead service lines, offer free water filters to residents as they wait for the new lines to be installed, conduct community education programs, and increase the pH of the water supply to also help reduce corrosion in pipes.

Several cities and water districts are hoping the federal funding will allow them to mitigate their ongoing issues with PFAS contamination.

Roy Heald manages the Town of Security’s water utility. The town has been hard-hit by PFAS contamination attributed to Peterson Air Force Base. The PFAS chemicals from fire-fighting foam contaminated its groundwater.

Though the military facility has built a remediation plant for Security, it is considered a temporary facility, Heald said. With $450,000 in federal money from the American Rescue Plan Act approved earlier this year, Security is converting the plant to a permanent facility, one capable of operating for the decades it will likely take to clean up the groundwater.