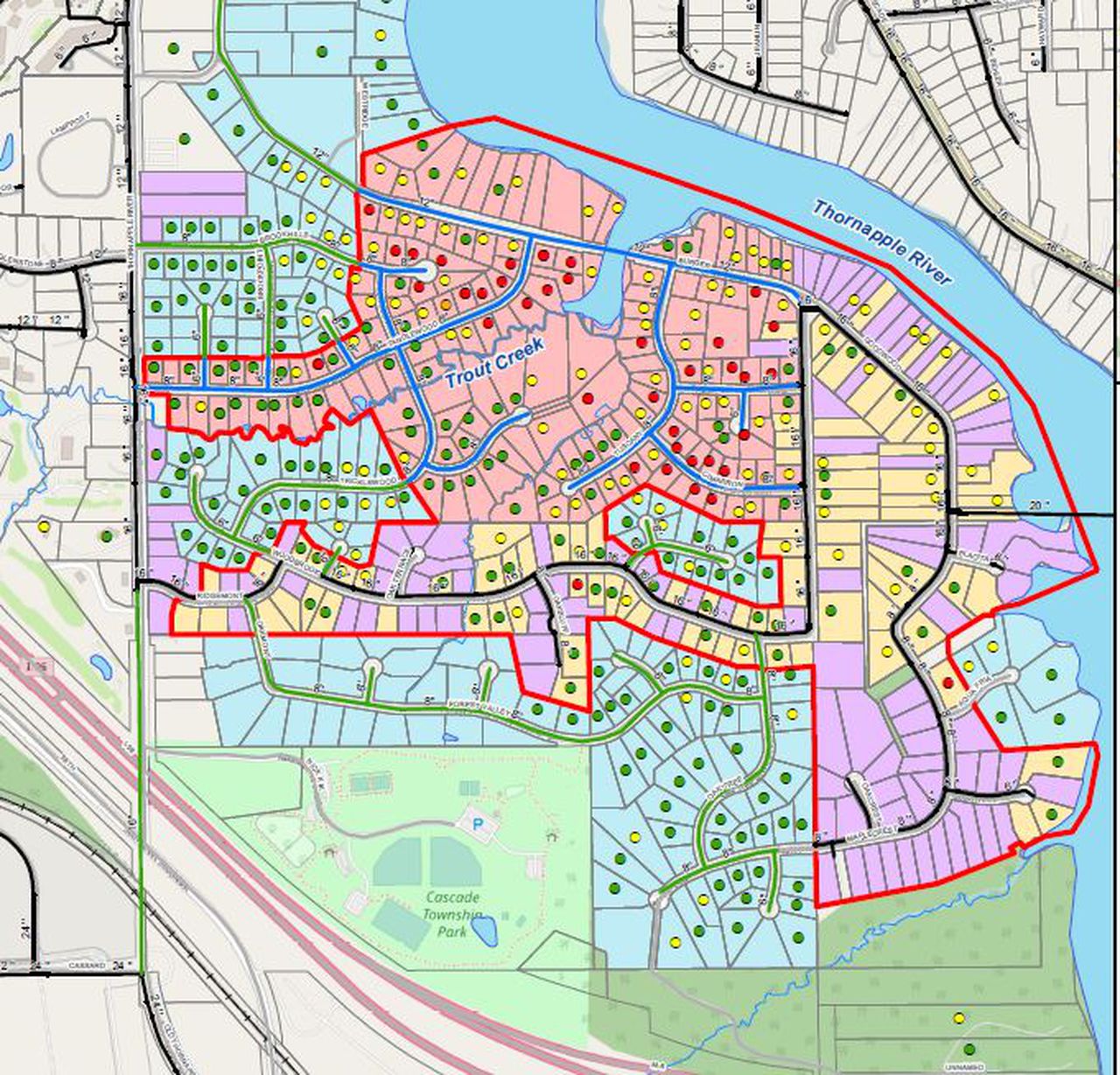 GRAND RAPIDS, MI — A push to connect hundreds of homes in Cascade Township to municipal water, in a neighborhood where residential wells have been polluted by PFAS chemicals, would receive $7.2 million in a bill approved by the U.S. House.

The funds were announced Friday by U.S. Rep. Peter Meijer, R-Grand Rapids Township. He said the dollars will help ensure residents in the Trout Creek neighborhood, located near Gerald R. Ford International Airport and the Thornapple River, have access to safe drinking water.

The funds were included in the Water Resources Development Act of 2022, which was approved by the House last week. Meijer, in an interview, said the bill has not been approved by the Senate but expressed confidence that it will ultimately be signed into law by President Joe Biden.

“Exposure to harmful PFAS contaminants is one of the most pressing environmental and public health issues facing our nation,” Meijer said in a statement, “and I am grateful to the Transportation and Infrastructure Committee for recognizing how important this funding will be for households in Cascade Township and their ability to access clean drinking water.”

The Michigan Department of Energy, Great Lakes and Environment (EGLE) has determined that the PFAS (per- and polyfluoroalkyl substances), pollution in the Trout Creek neighborhood was caused by the airport’s past mandated-use of PFAS-laden AFFF firefighting foam for training and emergencies.

Testing conducted by EGLE has determined that 40 homes in the area have PFAS levels above state standards, while another 120 had some detection of PFAS. Cascade Township and the Kent County Health Department has provided water filters to homes in the neighborhood.

The dollars approved in the water infrastructure bill will be used to help extend municipal water from the city of Grand Rapids system to the Cascade Township homes.

“We’re really excited about it,” Swayze said. “Bringing clean water to almost 500 houses in the township at no cost to the residents is a huge lift.”

Work on the first phase of the project is expected to start Sept. 12. The second phase is expected to kick off in 2023, with work extending into 2024.

Prior to now, before the $7 million in federal funding had been secured, there was a question of whether EGLE would require the airport to help pay for the project.

In October 2020, for example, EGLE sent a letter to the airport indicating that, based on its investigation, the airport was liable for the PFAS contamination. It said the airport must come up with a plan to fix the problem and ensure residents have access to safe drinking water.

The airport, in response, said it was prohibited from using federal grants or airport funding for non-aviation purposes.

But now, with the dollars lined up, exactly what the airport’s responsibility is in cleaning up PFAS pollution in the area remains unclear.

Officials with EGLE were unavailable to discuss where its talks with the airport stand. However, agency spokesperson Scott Dean did provide a statement, in which he called the $7 million in funding “tremendous news.”

“This funding is tremendous news and should help to ensure that needed actions proceed to extend municipal water to residents of Cascade Township whose drinking water wells are impacted by PFAS contamination,” he said. “EGLE looks forward to continuing to work with responsible parties to achieve full compliance with Michigan’s environmental laws.”

Ford airport officials also did not provide an interview.

But in a statement, Engineering and Planning Director Casey Ries praised Meijer, and said the federal funding is “good news for the extension of public water service into Cascade Township.”

“The Gerald R. Ford International Airport Authority remains steadfast in our long-standing, data-driven efforts to understand more about PFAS and its impacts, which continues to be an evolving state and national conversation,” Ries said. “The airport remains engaged and committed to discussions with local, state, and federal entities on these issues.”

Charlevoix mansion becomes one of most expensive ever sold in Michigan