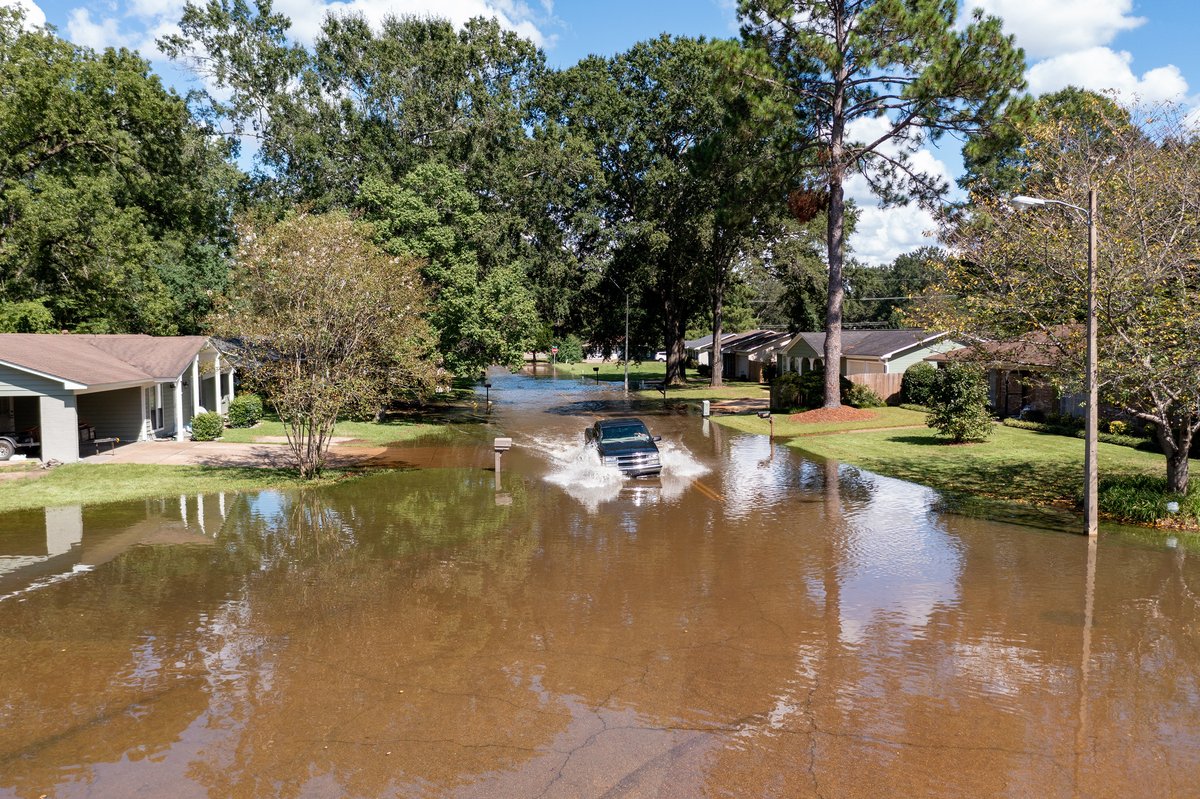 Let’s begin by calling out the heroic efforts of the people of Jackson. When historic flooding caused the water system in the city to fail last month, the dozens of organizations and hundreds of people who had already established support networks in the city were ready to jump into action—and they did.

Oxfam, which has had a program in the state for years, was also there, to lend a hand to some stalwart, longtime partners, and some new ones, as well. A few of the most prominent efforts:

We could go on about the many vibrant groups lending a hand (ROC United, Immigrant Alliance, Operation Good, and many more), but let’s cut to the chase: why is it on private actors and nonprofit organizations to ensure that 150,000 people in the wealthiest country in the world have access to clean, safe water? And how did we get here?

This crisis didn’t come out of the blue—and it didn’t strike this city by accident. It’s the end result of years of neglect, systemic racism, an underfunded infrastructure, and climate change.

Why now? Why Jackson?

It was flooding that closed the water plant, but the system had been crumbling for years; in fact, in 2022 residents were being advised to boil their water before the flood, and in 2021, the city was under a boil water advisory for 225 days. (For a full history of Jackson’s water system woes, read some of the great articles in the Mississippi Free Press and Mississippi Today.)

Now, climate change is accelerating the pace of breakdown, as extreme and unpredicted weather events expose the fault lines in our decaying infrastructure, especially in places already on the margins.

When public infrastructure is so weak that it collapses at the slightest nudge, it reveals a lot about neglect and inadequate public investment. And Jackson, while a state capitol and a vibrant city in many ways, struggles with historic and deep-seated challenges.

It’s hard to imagine a crisis like this quietly unfolding for years in another state capitol. In places like Albany, NY (pop 97,000) and Sacramento, CA (pop 500,000), the uproar would be swift and loud. Chances are, it would be front-page news and the focus of inquiries and interventions from the get-go.

Has this happened in the US before?

Only in places that have fragile infrastructure, meager public resources, and a marginalized population—like Flint, Michigan, a majority Black city that is still struggling to provide clean water years after revelations about lead in the system.

When Hurricane Maria battered Puerto Rico in 2017, it knocked down power lines and disabled the water-system pumps; it took almost a year to restore power and water to some regions. Oxfam researched the impact of a broken water system on women.

“People can’t pay the water bills and their rent,” says Welchlin. “We know who will be affected by this most: the Black women who are the heads of these households.”

Water as a public good

Alarmingly, the governor of Mississippi, Tate Reeves, has been making noise about privatizing the water system in the state. This is a terrible idea. Places that have tried it have experienced problems with pricing, supplies, and more. Even in Jackson, part of the problem stems from meters installed by private subcontractors. (For facts and figures about the dangers of privatization, visit Food and Water Watch.)

Water is a fundamental need for individuals—and for households. It’s vital for drinking, cooking, laundry, personal hygiene, toilets, and more. In developed countries, people rarely appreciate what it means to have a water system inside the home—and what it would mean to lose it. The average person in the US uses 80–100 gallons of water each day, weighing in at 800 pounds. Imagine hauling around even a small fraction of that because you can’t trust what’s flowing out of the tap. And notice that when a water system fails, it’s the caregivers—mostly women—who bear the heaviest worry and weight of that burden.

Access to clean water is so essential to life and to quality of life that it should be defended as a right. One that our cities and towns and elected officials are obliged to deliver on—not a service whose prices and availability can be controlled by companies whose only real mission is making money.

And it should never be denied to people because they happen to live in places that bear the weight of decades of structural racism, exploitation, and neglect.

It’s estimated that it will take at least a billion dollars to assess and fix the damage to the system. These should be public dollars, invested in a public good. And they should be invested in renewable, sustainable solutions (read about Puerto Rico’s investment in solar-powered water supplies).

Crises always spawn opportunists—people and companies who are eager to make a buck off someone else’s misfortune. Let’s make sure this doesn’t happen in Jackson.

As our communities and country grapple with the climate crisis, let’s put health, rights, dignity, and fairness—not profits—in the forefront. Oxfam is proud to support our local partners in the water emergency, but in the long run, we believe this work should be in the hands of public institutions, and that every community should be guaranteed a clean, potable, reliable water supply.