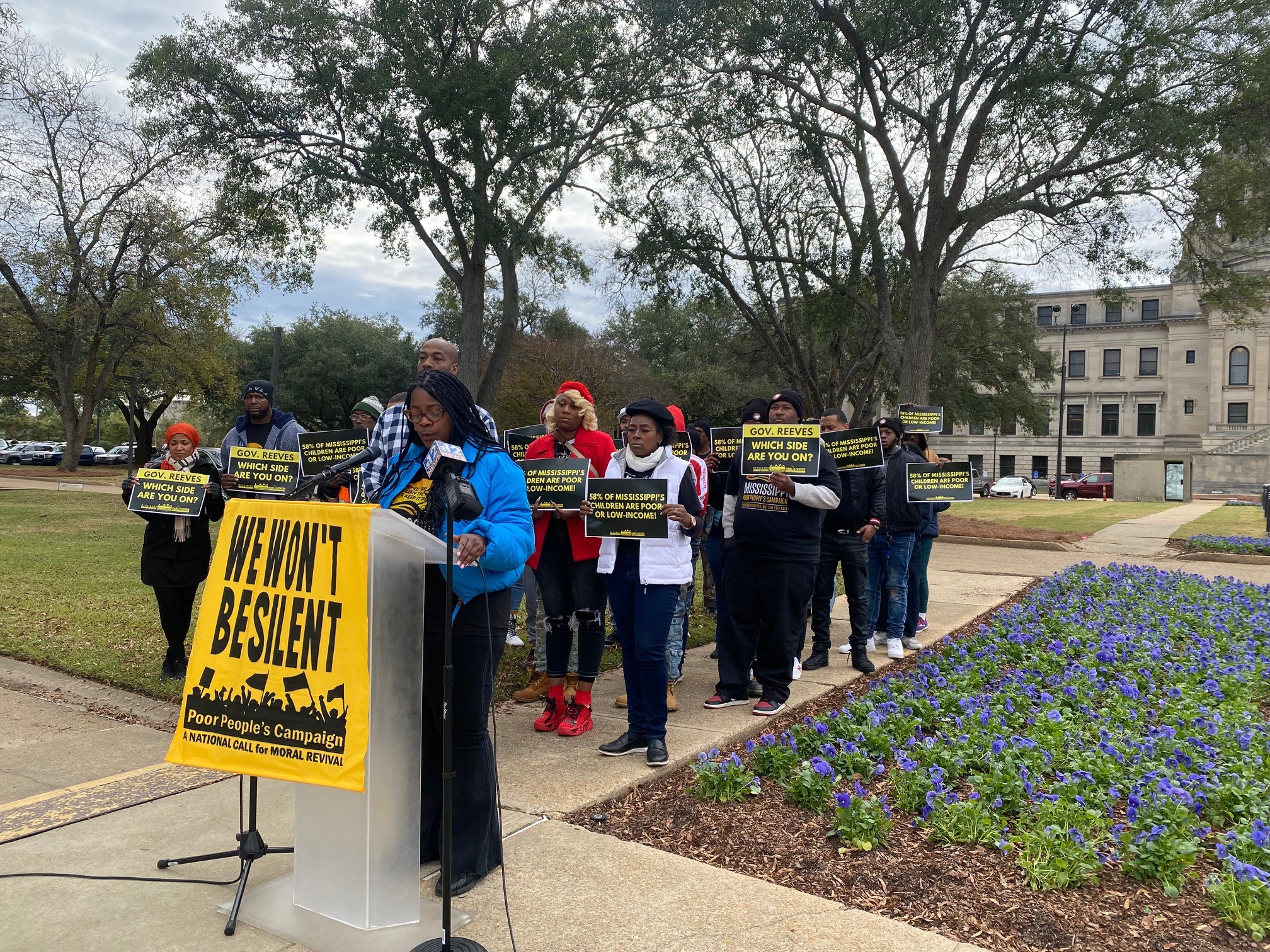 Many of the speakers specifically asked for assistance from Governor Tate Reeves, whom they believe has not done enough to help Jackson citizens. Reeves said in a September tweet that quote “we have restored clean drinking water to Jackson,” but daily boil water notices to different parts of the city show the issue is not fully resolved.

Tariq Abdul-Tawwab spoke at the press conference, representing the Mississippi Rapid Response Coalition. He says the people of Jackson, specifically people of color, have been fighting for basic rights like clean water for decades.

“It’s unfortunate that we have to come to the people of the Unite States once again as if it’s 1957,” he said. “We’re forced to once again beg the world to look at Jackson, Mississippi and see what they’re doing to us.”

Jackson residents and members of the Poor People’s Campaign were at the press conference holding signs urging people to fight for the Jackson community. Terun Moore with the People’s Advocacy Institute is a lifelong Jackson resident. He considers leaving citizens without clean water an “act of violence.”

“We’re tired of standing up here… making these press conferences, doing these rallies, and nothing happening.” he said. “You don’t ever know what the people know or need, [because] you ain’t ever around us.”

The group called upon lawmakers to take further action when the legislative session begins next year on January 3rd.