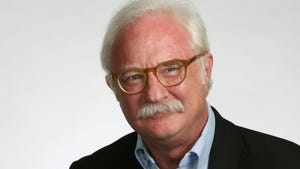 After three months, this past legislative session seems like a distant bad memory but it continued this past week as some of the last signings, vetoes and enactment dates arrived.

It’s tempting to think that the whole session was devoted to fighting the culture wars because that’s what legislators, and especially the governor, had the most appetite for. But legislators dealt with a few other issues, too, in their spare time.

Last week, the governor fired off two welcome vetoes and signed another bill so it can take effect in time for the summer beach season.

Welcome veto 1, the Local Business Protection Act — This was a bill (SB 620) that would have given any company the right to sue local governments and recover legal fees if it believed its profits would be hurt by a local ordinance. Florida TaxWatch estimated the measure would cost local governments (meaning taxpayers) some $900 million annually. It’s a law that would have made any locality think twice about any environmental protection, public safety or public health measure. An ordinance like Daytona Beach’s that rolled back wee-hours bar times could come with a hefty price tag.

That bill was just one more choice example of the Legislature’s drive to weaken local government.

In his veto message, Gov. Ron DeSantis expressed sympathy for the motivations behind the bill (“local governments do overstep their authority”) but said it could also lead to “unintended and unforeseen consequences and costly litigation,” which it certainly would.

Cities and counties breathed a sigh of relief at news of the veto. Still, I expect to see it return next session.

Welcome veto 2, alimony law overhaul — One problem with campaign reform laws is that most legislators, having been through their own political campaigns, consider themselves experts in campaign law and are ready to argue based on their experiences, self-interest and old grudges. The same goes for divorce laws. These are perennials that get heated debate.

Gov. DeSantis’ veto of the alimony-overhaul bill (SB 1796) was the third rejection by a governor of a bill placing limits on alimony awards. His predecessor, Rick Scott, twice vetoed similar measures. In his veto message, DeSantis correctly noted that the measure could upend previously settled divorce agreements, unconstitutionally impairing existing contracts. And that could cause a crush of new actions in already stressed family courts.

The law would also create an initial presumption that child custody should be divided 50-50 between divorcing spouses, something that critics felt could interfere with the best interests of children.

If legislative leaders weren’t deterred by the past two vetoes, I don’t think this veto will dissuade them from another try. See you next year.

Welcome bill signing in time for summer beach season — After failing to go anywhere in the previous two sessions of the Legislature,  bill to allow cities and counties to ban smoking in parks and beaches (HB 105) finally passed and the governor signed it into law last week.

Anybody who has helped at a beach cleanup knows that no item of trash — not broken beach buckets, not soda bottles or bottle caps — comes close. And those filters are made of spun cellulose acetate which takes ages to decompose.

People in beach towns see this garbage in the sand and call for outdoor smoking bans only to be told that state law doesn’t allow that. Smoking in beaches and parks is protected by state law. Something many find puzzling, but that’s been the law since 2003. A victory for Big Tobacco that stayed on the books all this time.

Now cities and counties can ban smoking with its attendant garbage in parks, trails and beaches. There is, however, one exception. They still can’t ban cigars. A tribute, I guess, to the state’s historic place as home to the cigar industry.

The new law, which changes the name of the Florida Clean Indoor Air Act to the Florida Clean Air Act, took effect July 1, so let’s do something about all that beach plastic while it’s still beach season, Volusia County!

Mark Lane is a News-Journal columnist. His email is [email protected]