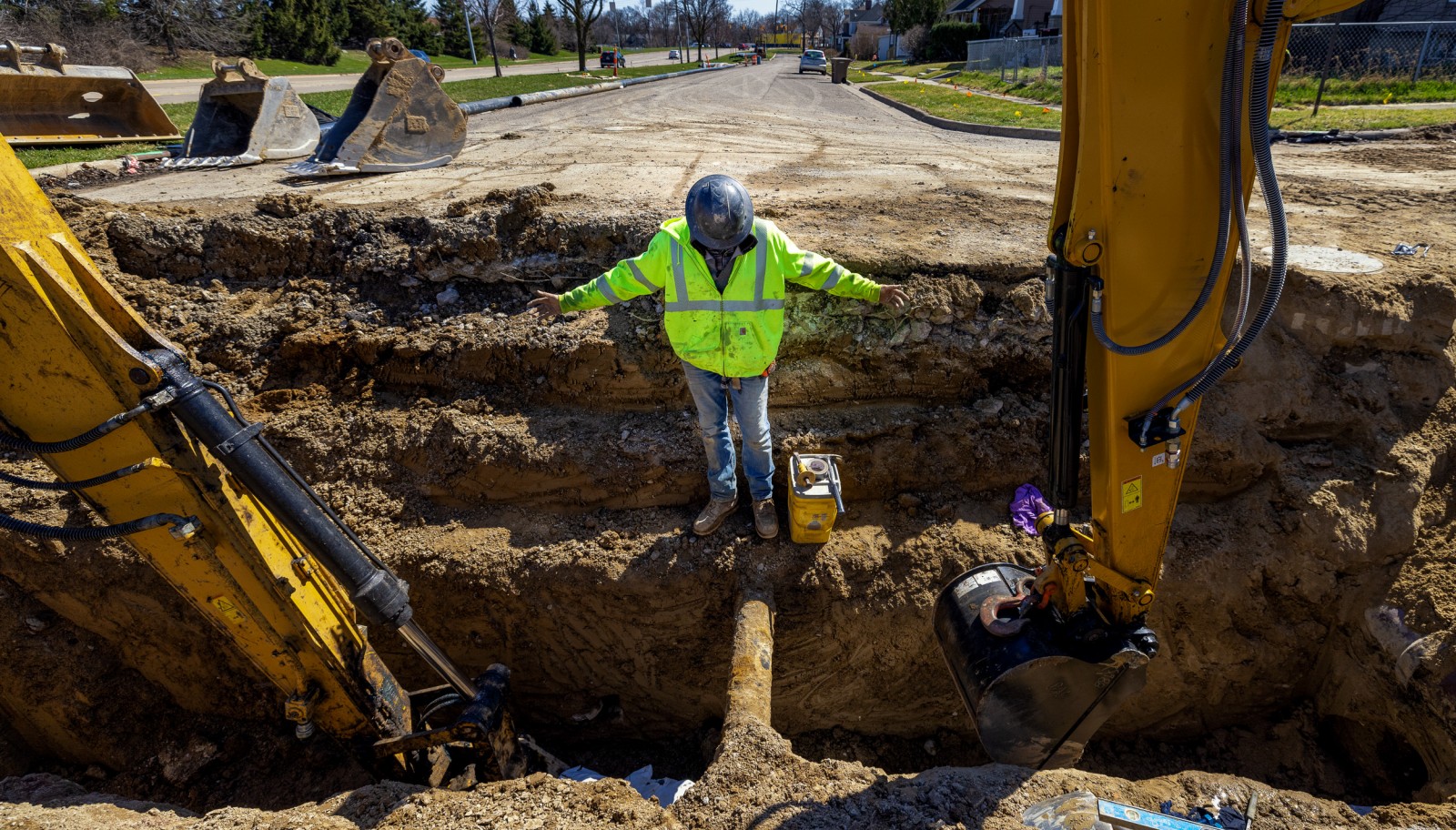 The good news is that there is more attention than ever before to these issues, what Janice Beecher of Michigan State University called a “critical mass” of task forces, working groups, advocacy organizations, and funding assistance. At the state level, the Department of Environment, Great Lakes, and Energy formed the Office of the Clean Water Public Advocate in 2019 to field and investigate citizen complaints about water and sewer failures. The Water Asset Management Council, an expert group established in 2018, is carrying out a legislative mandate to gather data on the condition of municipal water, sewer, and stormwater pipes. It received its first data submissions earlier this year. The Department of Health and Human Services, meanwhile, is incorporating water access into its current three-year strategy for health and equity.

Trade associations, academia, and local governments are also involved. Last fall, the American Water Works Association, which represents utilities, launched a six-month series of presentations and conversations on water affordability that will culminate in a one-day summit on May 12. The University of Michigan completed its statewide analysis of water affordability in December. The Michigan Municipal League Foundation developed a toolkit for assisting disadvantaged communities in applying for federal infrastructure funds. The Southeast Michigan Council of Governments formed a water infrastructure task force this year to coordinate investments in the region. With the help of a state grant, Oakland County, a member of the task force, brought together community groups to develop water affordability plans for Pontiac and Royal Oak Township.

Communities will not achieve those goals by following tattered playbooks, said Sue McCormick, former CEO of the Great Lakes Water Authority and a current member of the Water Asset Management Council. She emphasized that the next path is carved out of collaboration — not only between governments, but also within departments. Road projects should be coordinated with water main replacements. Communities, rural and urban, ought to band together on regional projects. The objective is controlling costs.

Where they are in place, cooperative agreements offer much promise. Jim Nash, the Oakland County water commissioner, extolled the savings from a joint stormwater project with Detroit. Oakland will send more of its excess flow to Detroit during rainstorms for treatment, eliminating the need for an $80 million expansion of its own system. In return, Oakland will invest $30 million in storm-buffering green infrastructure in Detroit.

Even though the opportunity is present, beneficial outcomes are not assured nor will they be easy to achieve. What’s holding the process back is the sheer number of municipal governments in Michigan, political squabbles between jurisdictions, and a lack of data, especially for rural areas and tiny systems that serve mobile home parks, which have some of the most severe water quality challenges.

Once pipes are replaced, the next step is civic repair. Rebuilding community trust, after years of inadequate service or foul tap water, is just as difficult, perhaps more so, than the engineering work. Sylvia Orduño, a community organizer for the Michigan Welfare Rights Organization, which advocates for low-income households, sees residents buying bottled water even after their lead pipes are removed.

“How is it that all of this money and investment is being done and yet we still have people that don’t trust the drinking water right here in a Great Lake state?” Orduño asks.

City managers and state officials have a delicate task in front of them, said Sara Hughes, an assistant professor at the University of Michigan who studies water infrastructure. Not only must they weigh present demands and take care not to maintain public support by not surprising residents with high bills. They must also consider how those expensive assets will fare decades down the road as a warming planet inflicts unaccustomed strains of heat, drought, and deluge.

“If we are making these big investments, we need to make sure we’re thinking about how they perform under a kind of new climate regime,” Hughes told Circle of Blue.

To Hughes, there is less discussion about climate resilience than there should be. And she would hate to see the opportunity wasted.

“Ten years from now, it would just be such a shame if we’re still not prepared for large flood events, or new runoff patterns to our source waters, or the effects of high heat days on our infrastructure,” she added.

Big changes won’t come about all at once, though. Spring marks the beginning of construction season in Michigan, and a $7.8 million water main replacement in Pontiac is an indication of the near-term direction the state is headed.

About a mile west of downtown, at an intersection flanked by modest brick homes and apartments, heavy machines perch at the rim of an open pit, their yellow-vested operators pausing mid-day for lunch.

By the end of a chilly March afternoon, the new water main now visible in the dirt beneath Liberty Street and Murphy Avenue will be buried, and the excavators and bulldozers will have moved down the block, ready once more to split open the cocoa-brown earth and replace another section of worn out pipe.