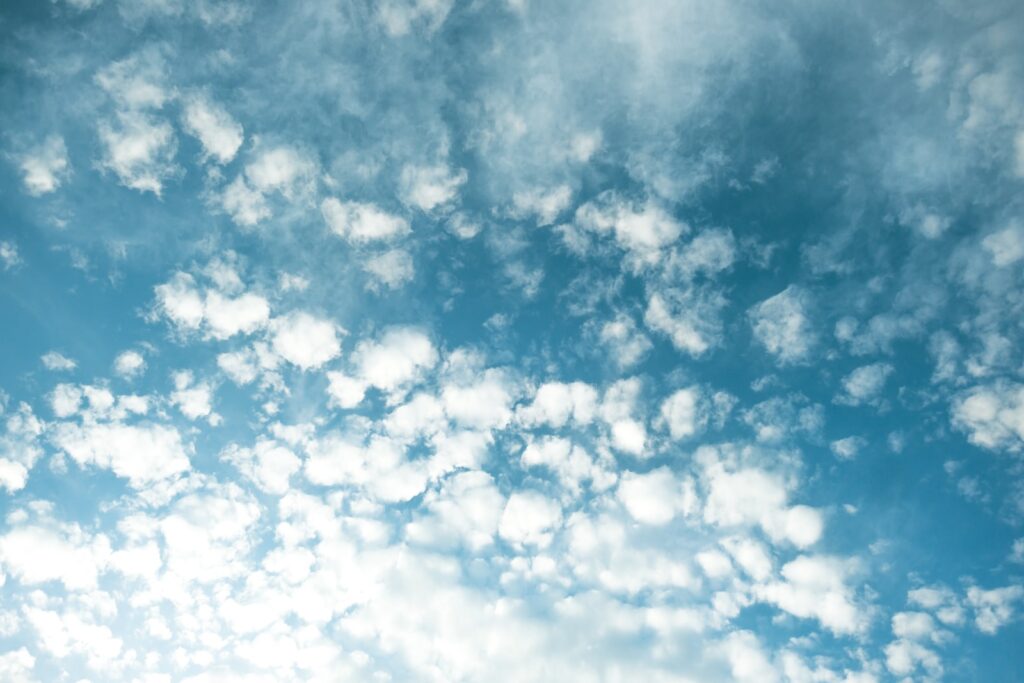 Air pollution is the largest environmental health risk in Europe, causing cardiovascular and respiratory diseases, contributing to poor health and even premature death. There are multiple factors that contribute to poor air quality such as PM2.5, formaldehyde, and nitrogen dioxide, which by Dr. Chunli Cao, CEO of Healthy Air Technology, examines in this article.

Nitrogen dioxide (NO2) is caused by road transport, which emits NO2 close to the ground. It’s primarily concentrated in densely populated areas, resulting in population exposure. Other important contributors of NO2 are combustion processes in industry and the energy supply. In Europe, the highest concentrations were found in large cities with high traffic volumes. 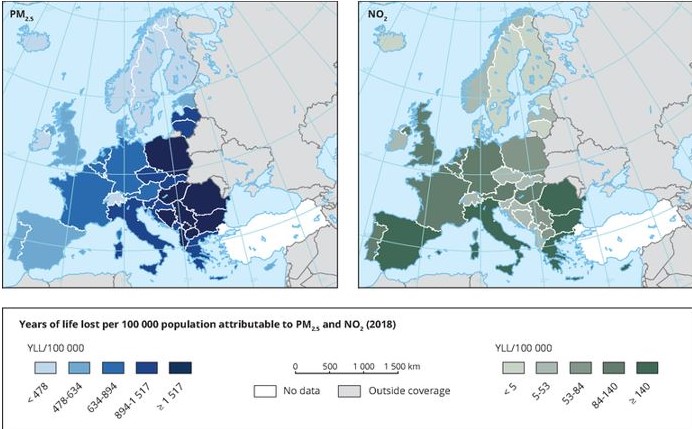 The maps show the number of years of life lost per country attributable to air pollution (PM2.5 left and NO2 right).

What is Nitrogen Dioxide exactly?

Nitrogen dioxide is corrosive, highly oxidizing, and easily soluble in water. Under the action of sunlight, nitrous acid and nitric acid can be formed. Nitrogen dioxide rapidly destroys lung cells, which can lead to emphysema and pneumonia, causing acute asthma.

Nitrogen dioxide in the atmosphere undergoes a series of chemical reactions to form nitric acid, which becomes a component of acid rain. With the increase of the number of motor vehicles in cities, the proportion of nitric acid in acid rain continues to rise. Nitrogen dioxide is also one of the main pollutants that cause urban photochemical smog pollution.

High-temperature combustion is the main source of nitrogen dioxide at low altitudes. Vehicle exhaust, boiler combustion, and kitchen fume emissions will all produce nitrogen dioxide. Nitrogen dioxide in the atmosphere will enter the room through leaks in buildings, open doors and windows and ventilation systems.

To further reduce global public health risks, the World Health Organization (WHO) revised released the “Global Air Quality Guidance Values (2021)” (AQG 2021). The guideline document proposes the guideline value levels (AQG) of six major air pollutants including NO 2, based on the results of scientific research to determine the minimum concentration value of air pollution at which people are exposed to air pollution and cause health risks.

The AQG applies to both indoor and outdoor environments and based on new evidence of the association between long-term NO 2 exposure and all-cause and respiratory disease mortality, the AQG changed the annual mean target for NO 2 from 40 µg/m³ to 10 µg/m³; The daily average target value is 25µg/m 3.

An air purification research institution in the UK once carried out an experiment called “air backpack”, which contained a tester for nitrogen dioxide in the air. Two groups of primary school students were asked to take different routes to and from school with “air backpacks” on their backs.

The results showed that most of the students chose the route of walking more to and from school because the “air backpacks” told them that they inhaled less nitrogen dioxide. Industrially developed countries such as the United Kingdom attach great importance to nitrogen dioxide pollution. Most other countries still have difficulty reaching the previous guidance value, and it is even more difficult to catch up with the new AQG.

Removal of nitrogen dioxide in indoor air, reaching the daily average target value of 25µg/m 3 , may become the next outlet in the air purification industry. Infants and young children, family members suffering from cardiopulmonary and metabolic diseases, please pay attention to the new opponent of air pollution, nitrogen dioxide.

Last week, the US Consumer Product Safety Commission announced a plan to ban the sale of new gas stoves which cannot be ‘made safe’ due to fears over indoor nitrogen dioxide pollution.