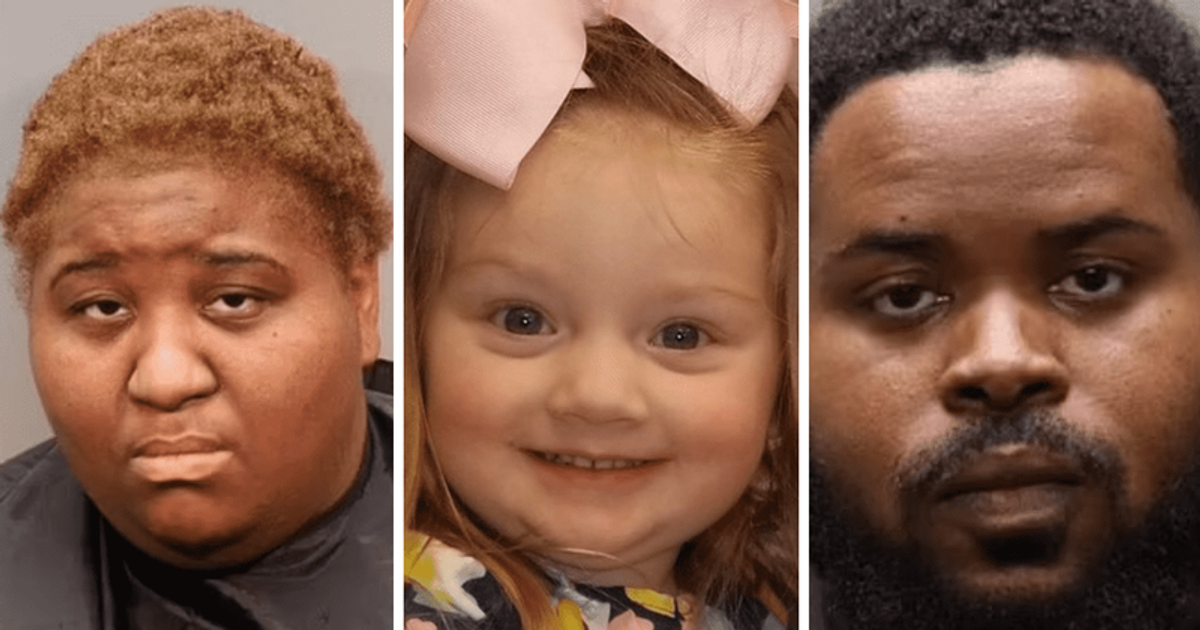 GREENVILLE, SOUTH CAROLINA: A South Carolina woman, who won season 20 of ‘Worst Cooks in America’, has been given life behind bars for taking the life of her foster daughter. Ariel Robinson killed Victoria Rose Smith on January 14, 2021, and was found guilty of the crime on Thursday, May 12, by jurors after an hour and a half of discussion following the four-day trial.

The 30-year-old was arrested along with her 35-year-old husband, Jerry, who pleaded guilty to aiding and abetting homicide by child abuse in April. Police were called to the couple’s house in Greenville, South Carolina, on January 14, 2021, after Victoria became unresponsive. At the time, Ariel reportedly said that the little girl’s worrisome condition was due to excess consumption of a liquid, and she “thought the girl had choked,” The Daily Mail reported.

At the time, the woman, who has two of her own kids, was also questioned about the bruises on Victoria’s body and she accused her brother. The toddler was living in “an adoptive home with her two biological brothers for around a year,” according to a Change.org’s petition started by children’s biological great aunt, Michelle Urps.

But prosecutors refuted her allegations and claimed that Ariel had mercilessly beaten the child that night. Greenville County Chief Medical Examiner Dr Michael Ward gave his testimony on Wednesday and said that the woman’s torture was so evil that Victoria’s blood vessels ruptured. He added: “If we lose enough blood, the heart doesn’t have enough volume to pump.”

Jerry had also admitted that Victoria was beaten heartlessly on January 14, 2021, because she angered Ariel a day before while going to the church as she had vomited at that time. Two witnesses, Jean Smith and Avery Santiago, supported Jerry’s claims in the court on Wednesday and said they saw her cleaning the victim’s dress in the church’s bathroom that day. Smith told the court that when he asked Ariel if Victoria was unwell, she replied: “[The girl] eats too much and makes herself throw up. [It’s] a game.” Santiago added that she heard the woman telling the girl that “Oh, you’re cold. You’re cold. Girls that make themselves throw up deserve to be cold.” Besides, Jerry too took the stand against his wife and told the court that she was constantly abusive towards Victoria and used to beat her using a wooden paddle or a belt.

Meanwhile, Urps had blamed social workers for negligence and told DailyMail.com in 2021: “I knew something was wrong by looking at her social media so why couldn’t they? You have to question, do these case workers have the right training? Is the screening process adequate? Are they looking in the right places?” The Change.org’s petition initiated by her last year demanding — ‘Victoria’s Law for Department of Social Services and Child Protective Services Reform’ — read: “It is apparent that DSS and CPS did not do the due diligence needed to truly safe, healthy home.  Photos posted on social media appear to show the children always recovering from bruises on their head, neck and arms.  Most of them on Victoria.  We are calling upon the State of South Carolina to pass the bill to be name Victoria’s Law which will call for reform of the current screening process to become not only an adoptive parent but a foster parent as well.”

It added: “We want there to be frequent non-scheduled home visits to the foster and adoptive parents even after adoptions are finalized.  We want Guardian Ad Litem’s and case workers to talk privately with children in these homes so that they have the chance to ask for help if they need it. By signing this petition for change you are saying fix DSS and CPS system so that our most venerable and innocent citizens don’t go through what Victoria, her brothers and countless other’s in the SC DSS and CPS are going through.”

If you or anyone you know suspects child abuse, you are urged to immediately call the Childhelp National Child Abuse Hotline at 1-800-4-A-Child or 1-800-422-4453, or go to www.childhelp.org. All calls are toll-free and confidential and the hotline is available 24/7 in more than 170 languages.