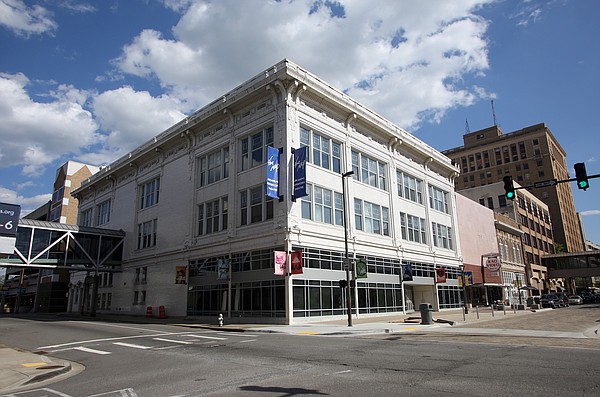 “We started in October and just finished up last week,” said Coty Vick, service and controls department manager at Jonesboro-based RGB Mechanical Contractors Inc., which did some of the work.

“The upgrades include the addition of a 100% outside air unit that provides properly filtered and conditioned fresh air to the breathing zones within the facility,” Terry Jacks, principal partner at Pettit & Pettit Consulting Engineers in Little Rock, said in a news release.

“[The theater] has made a major investment in upgrades to their ventilation systems with the goal to not only improve overall indoor air quality within the facility, but also be in compliance with the latest guidance from the Center for Disease Control in regards to HVAC systems and their potential to reduce virus transmission.”

The theater, 601 Main St., had previously installed an internal air filtration system in April as an interim measure, Vick said. “Using bipolar ionization, the system proactively attacks airborne contaminants, including bacteria and virus cells,” he explained in the release. And, he said, combining it with the new outside air unit increases the protection for the building occupants.

“These improvements, coupled with standard covid-19 safety measures, will play a critical role in ensuring a safe and comfortable theater-going experience for everyone at the Rep,” theater spokeswoman Jennifer Owens Buie said in the news release.

Major funding for the work came from the Windgate Foundation; the estates of Patricia Holifield and Judy Tenenbaum; Mary and Jim Wohlleb; and a number of individual donors.