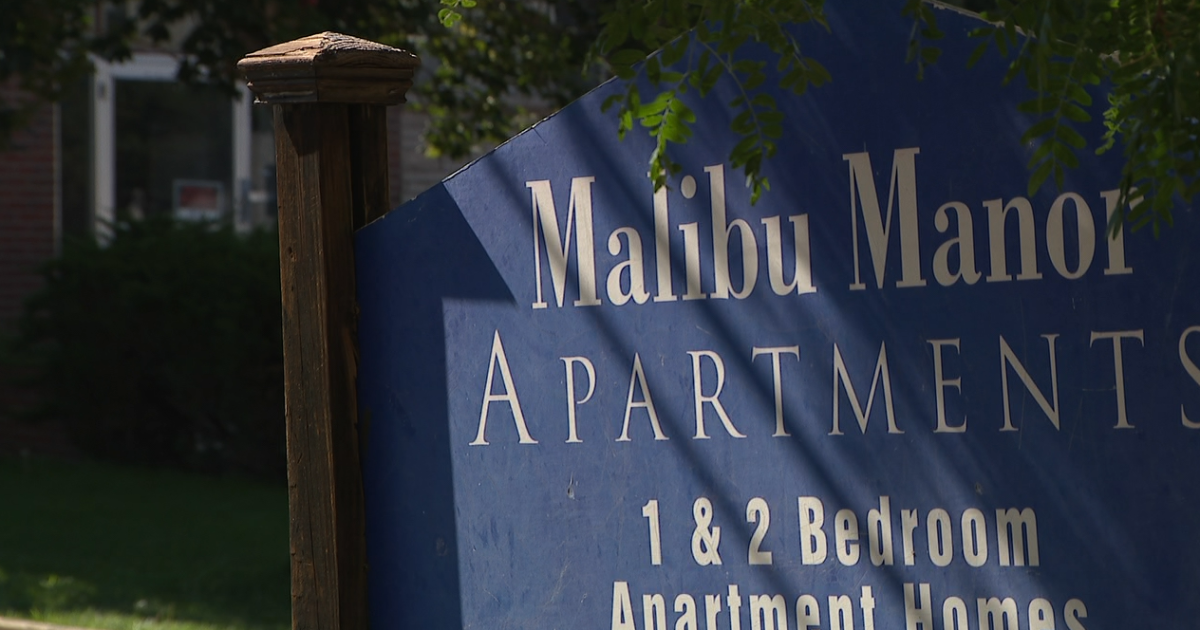 AURORA, Colo. — People living at Malibu Manor apartments could have their water turned off on Friday because those with Aurora Water said the property management company has not completed an annual, necessary health and safety test.

Jamila Anderson reached out to Contact Denver7 after she and other neighbors found a notice posted on their front door. The letter said the water for the building would be disconnected on Friday due to noncompliance with Colorado drinking water regulations.

“It’s really scary. And the scariest part is, had my neighbor not told me about it, I would have no idea. And I could wake up Friday, with no water, no explanation,” Anderson said.

She said she moved to the complex a couple of months ago, where she has experienced maintenance issues. The drinking water was one Anderson could not ignore.

“When I reached out to our landlord, the one who’s our contact person for all things in this building, she didn’t know what I was talking about. And so, that just really sent my alarm bells ringing and I said, somebody’s got to help us,” explained Anderson. “I just rely on a water filter system that attaches to my sink, and I drink from the tap.”

Water to Aurora apartment complex could be shut off

Many Coloradans drink from the tap, Greg Baker with Aurora Water said. It is one of many reasons the city wants to ensure the quality of the water at Malibu Manor.

“What happened in Malibu Manor was that we had sent the property owner notices that they needed to test what’s called a cross connection device. And this prevents water from flowing back into our system from their boiler,” Baker said. “You could, in fact, have chemicals coming into the water quite often for a boiler system there. And boilers quite often have chemicals, anti-corrosive chemicals, chemicals to help with the hardness in the water so it doesn’t scale inside the boiler. And that could physically push into our water system.”

Baker said the test needs to be completed by Friday in order for residents to maintain their water. He said they have been trying to reach the property management company for around six months.

“Five different letters, and several emails, and they did not respond to what we need and let the tenants know that they may be out of water,” said Baker. “The challenge with a commercial entity, especially multifamily units that are owned by a large corporate entity is trying to find the right contact… It’s important that these companies keep a current address on file with us. We can talk with them. It’s very simple.”

Denver7 called a woman who identified herself as the landlord of the complex. She would not say anything more, but after the phone call Anderson said residents received a group text saying the water would not be shut off, and the tests had been scheduled.

Baker said it was “highly unlikely” the tests had already been scheduled Monday afternoon since the office closes at 3:30 p.m. and the group text came shortly before 5 p.m.

“These rules are in place for very good reason. We’re not trying to penalize the tenants at all. The last thing we want to do is penalize the tenants,” Baker said. “It’s unfortunate that some companies are a little slower on responding to these, and hopefully this is a one-time thing with this specific company. But we do unfortunately face this quite often across the entire metro area.”

The sign outside of the complex said Atlas Realty, but Baker said they also have the property management company listed as United Rentals.

Denver7 will be checking to see if the necessary tests are scheduled and completed before Friday this week.

Editor’s note: Denver7 seeks out audience tips and feedback to help people in need, resolve problems and hold the powerful accountable. If you know of a community need our call center could address, or have a story idea for our investigative team to pursue, please email us at [email protected] or call (720) 462-7777. Find more Contact Denver7 stories here.