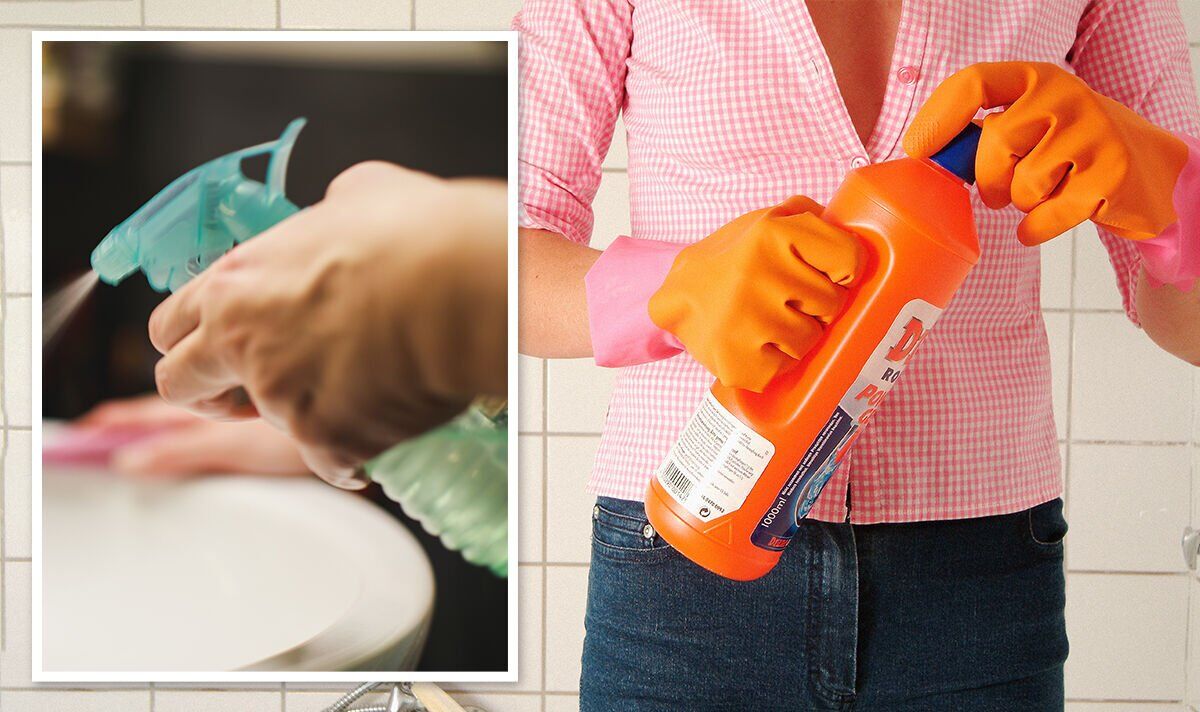 Cleaning hacks are all the rage on social media, with the likes of white vinegar and baking soda being recommended to cut through stubborn build-ups. However, before you go rooting through your cupboards and start mixing ingredients together, it is crucial you don’t mix bleach with certain products.

Though some people might consider adding a little bit of bleach to their cleaning solution to give an added kick, this should be avoided.

There are several products that when mixed with bleach can not only be dangerous, they can be “deadly”.

The topic arose in a Reddit forum dedicated to “cleaning hacks”, where one user sought advice on how “to clean a disgusting toilet that hasn’t been cleaned in several months”.

Although bleach is often a toilet cleaning staple, if you’re planning on using a “cleaning hack”, it’s often best to put the bleach to one side unless using it on its own.

READ MORE: Jamie Oliver: The quiet life of the TV chef at his £6million mansion

A Reddit user named SamanthaC518 said: “Just make sure you do mix bleach with anything containing ammonia.”

Another user added: “For that matter, don’t mix bleach with any other cleaning product. Ammonia is terrible, but others can be bad.”

The Centers for Disease Control and Prevention (CDC) reported a 20 percent spike in the number of calls to US poison control centres in early 2020 because of exposure to household cleaners.

Experts from Healthline warn that when it comes to cleaning stubborn areas, such as limescale or mould in the bathroom, “more isn’t always better.”

Healthline explained: “Bleach and vinegar are common household cleaners used to disinfect surfaces, cut through grime, and get rid of stains.

“Even though many people have both these cleaners in their homes, mixing them together is potentially dangerous and should be avoided.

“The type of bleach typically used for household cleaning is made of sodium hypochlorite diluted to three to eight percent in water.

“Vinegar is a diluted form of acetic acid. When sodium hypochlorite is mixed with acetic acid or any other type of acid, it releases potentially lethal chlorine gas.”

The key to using bleach safely is to keep it simple. Generally, you do not need to mix bleach with anything for cleaning.

However, experts from the Water Quality and Health Council said: “One effective and inexpensive option for disinfecting surfaces is a simple solution of chlorine bleach and water.

“Most routine household disinfection can be done using just one teaspoon of bleach in one quart of water.”

When cleaning with bleach, it is important not to get it on your skin and to wear gloves while handling it.