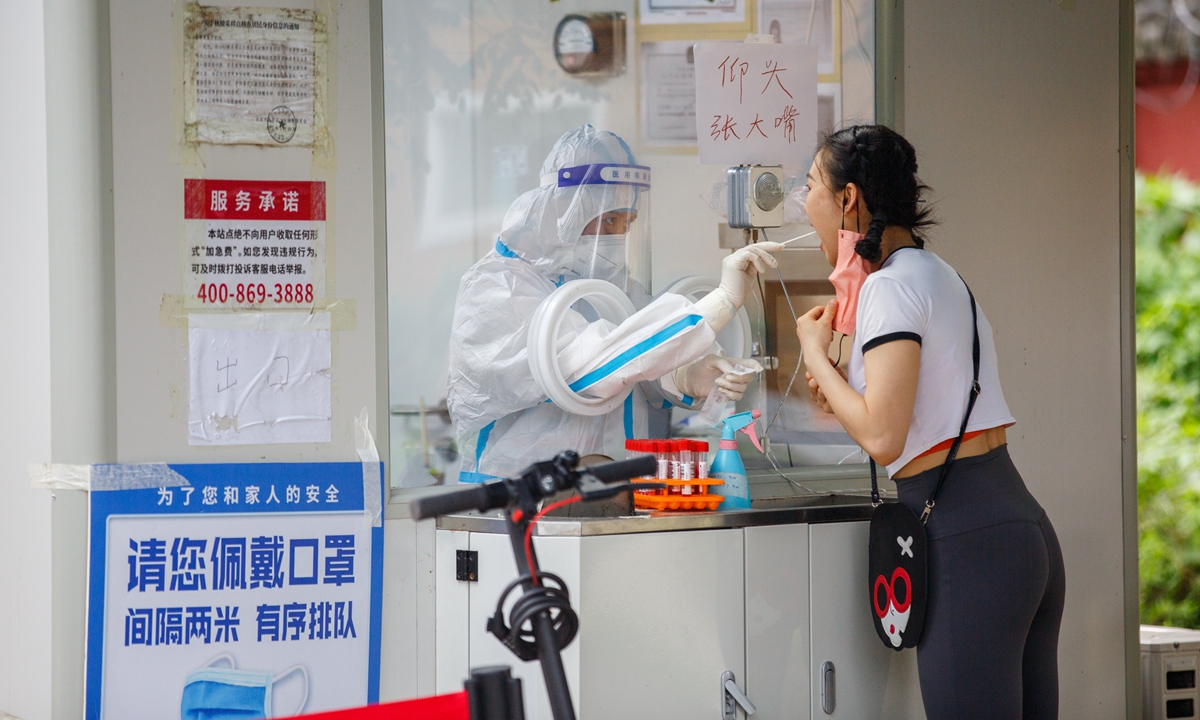 A resident is receiving nucleic acid testing in Beijing on July 5, 2022. Photo: from IC photo.

The latest COVID-19 case in Beijing’s Chaoyang district might have been infected due to contacting imported frozen food, said Beijing health official on Sunday, urging citizens to reduce online purchases of frozen foods from countries and regions severely hit by COVID-19.

According to the official, epidemiologic investigation showed that the COVID-19 case found on Friday in Chaoyang was infected by Omicron variant BA.2, which is different from the variants that had recently appeared in China as well as in other countries and regions, but very similar to the variant that was prevailing outside China since mid-February 2022.

Beijing citizens are urged to avoid directly contacting express delivery from overseas. They are advised to open the packages outside their home and they have to wear masks and disposable gloves when opening the packages or fully disinfect the exterior of the packages and clean their hands after opening.

The recent imported COVID-19 case discovered in Shunyi district and the local case in Chaoyang were detected early enough and put under control while at the same time the infection sources were been identifying, said Xu Hejian, spokesperson of the Beijing municipal government.

After the detection of one local positive case through regular COVID-19 testing on Friday, no new cases have since been reported in Beijing as of Saturday.