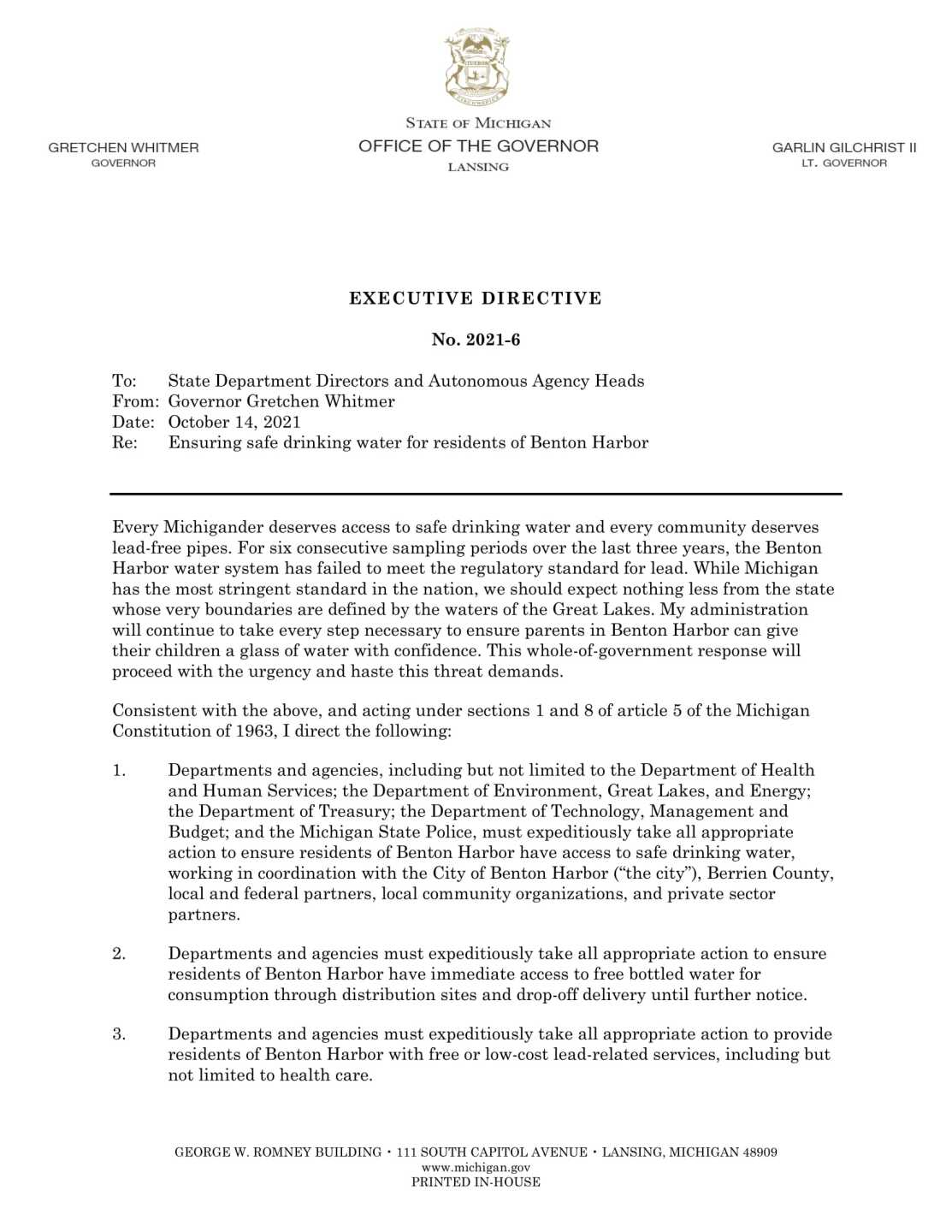 BENTON HARBOR, Mich. — On Friday, FOX 17 received a copy of the complaint Benton Harbor community members filed against the state of Michigan, Governor Gretchen Whitmer and several other state officials.

The complaint, filed in May 2022, alleges that the defendants ignored the exceedingly high levels of lead in Benton Harbor’s water supply; therefore, poisoning residents.

The complaint references the state of emergency declared in Flint, just six years prior, and also accuses the defendants of concealing the known lead, bacteria and other contaminants in the public water supply.

According to the complaint, the defendants knew about the lead contamination as early as June-September 2018, when water-testing results exceeded the EPA-established legal lead limit.

The state of Michigan is taking action in Benton Harbor to ensure residents there have clean and safe water to drink.

The plaintiffs argue that the lead in the city’s tap water continued to increase for the next three years and, by the January-June 2021 testing period, some tests measured at nearly 60 times the legal limit.

They claim Benton Harbor was the only city in Michigan to have six straight monitoring periods where lead levels exceeded that legal limit.

The city and state have since admitted that municipal tap water is not safe for drinking, cooking or oral hygiene, but, according to the complaint, they did not warn community members about the unsafe municipal water until October 14, 2021, when Governor Whitmer signed an executive directive to help Benton Harbor community members get access to safe drinking water.

Michigan Executive Office of the Governor 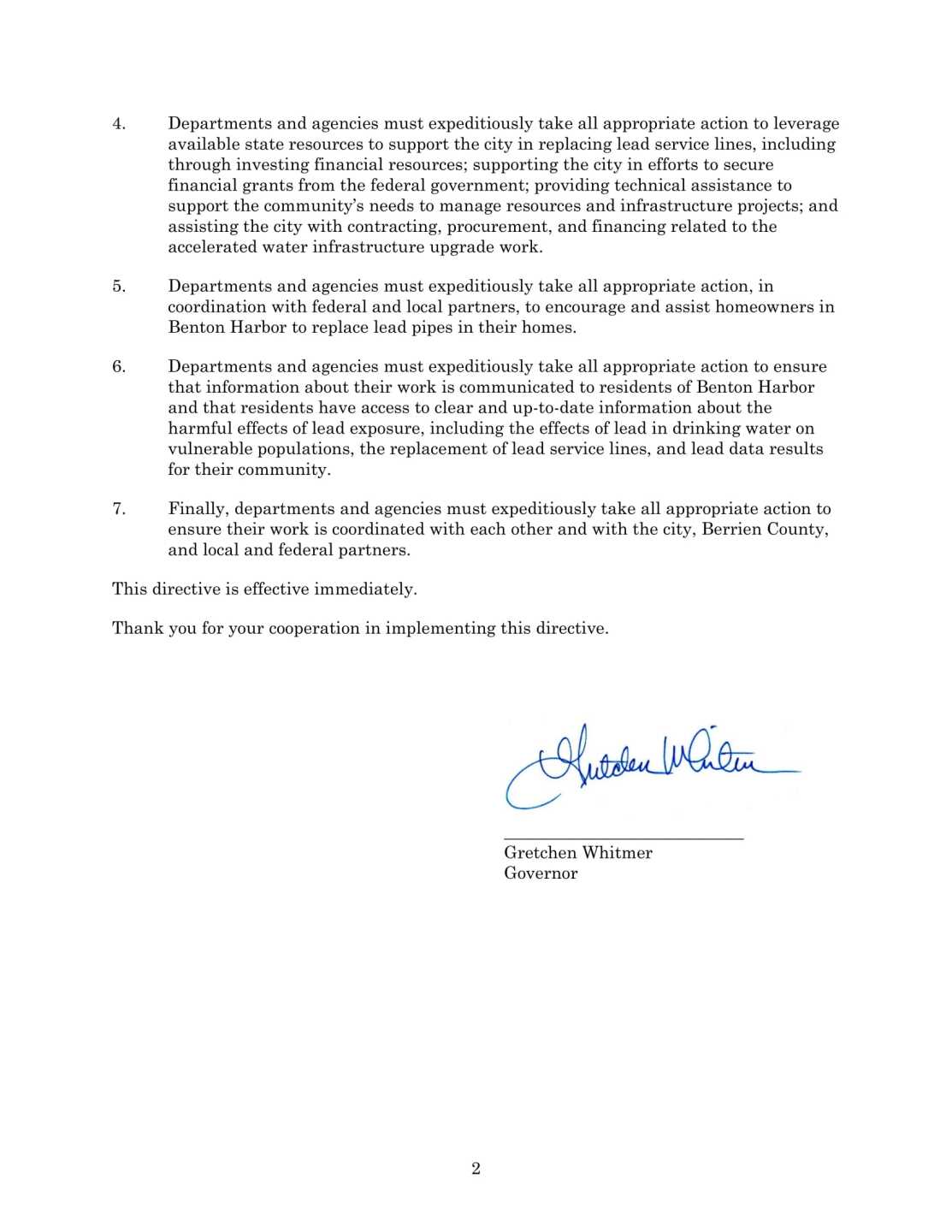 Michigan Executive Office of the Governor

Then on October 20, 2021, EGLE Director Liesl Clark admitted the water isn’t safe to drink during a Michigan State Legislative hearing.

Plaintiff claims according to complaint:

Plaintiff Daretha Braziel fed her grandson formula made with the contaminated tap water up until “news got out” on or around October 14, 2021.

Plaintiffs Keesha and Ieasha Jones used the tap water for drinking, cooking, bathing, sanitation and hygiene from 2018 to 2021, while living with five children under 18.

Plaintiff Emma Kinnard asked Mayor Marcus Muhammad to test her water because of the smell and look. She was told he would “get back to [her],” but never did.

Plaintiff Michael Duane Brigham was given a blood lead test, which showed he had lead in his blood even though he had not ingested the water for two weeks.

Plaintiffs Rebecca and Stacey Branscumb had a pet dog who died after ingesting the tap water in their home.

Each plaintiff “suffered concrete injuries” because of the defendants’ actions, including “physical and emotional injuries, annoyance and discomfort, interference with the comfortable enjoyment of life and property and economic loss from the exposure to contaminated water.” 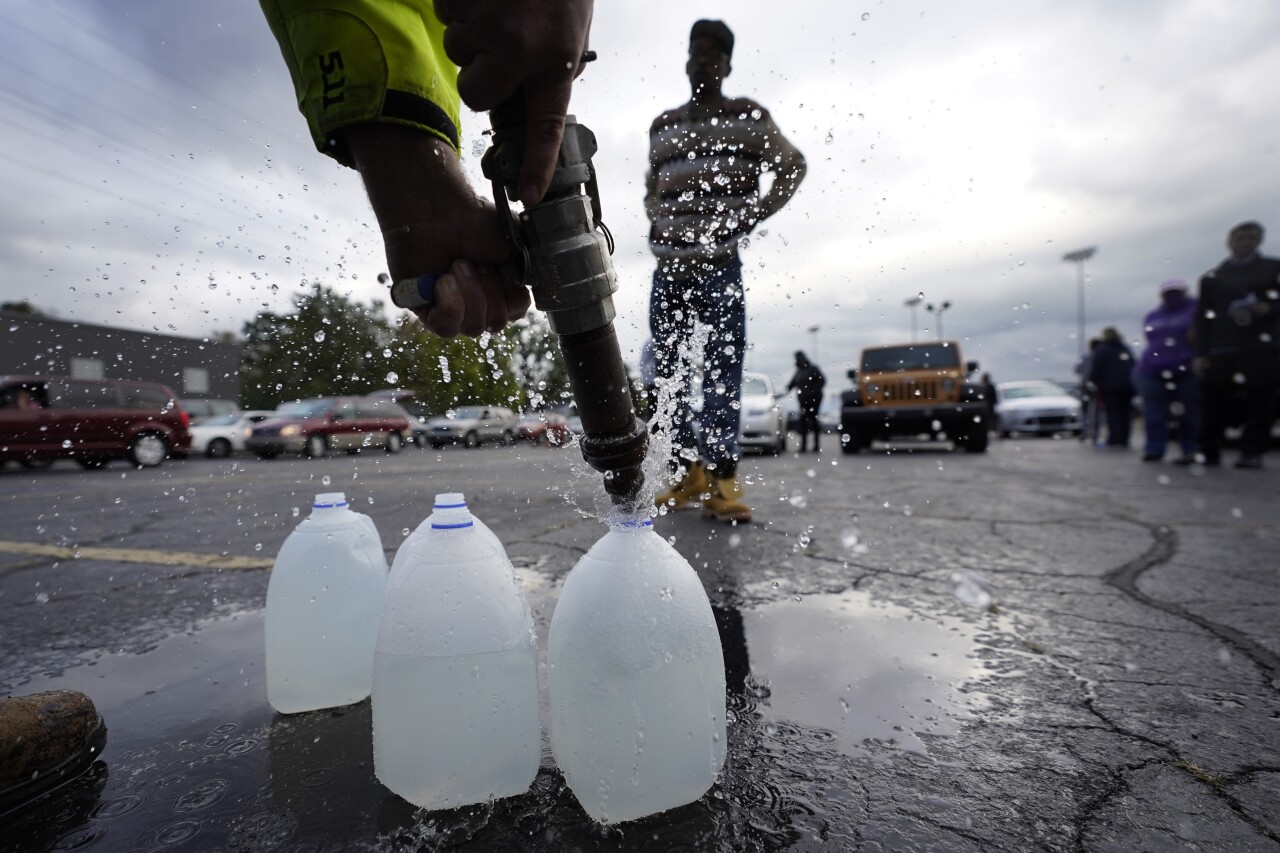 This event will include the legal team representing the citizens of Benton Harbor in the class-action lawsuit, and several hundred community members are expected to attend.

As of May 25, 2022, the city of Benton Harbor said more than 50% of its lead lines were replaced or verified as lead-free with new copper lines.

You can check the project’s progress daily on the Benton Harbor project dashboard.