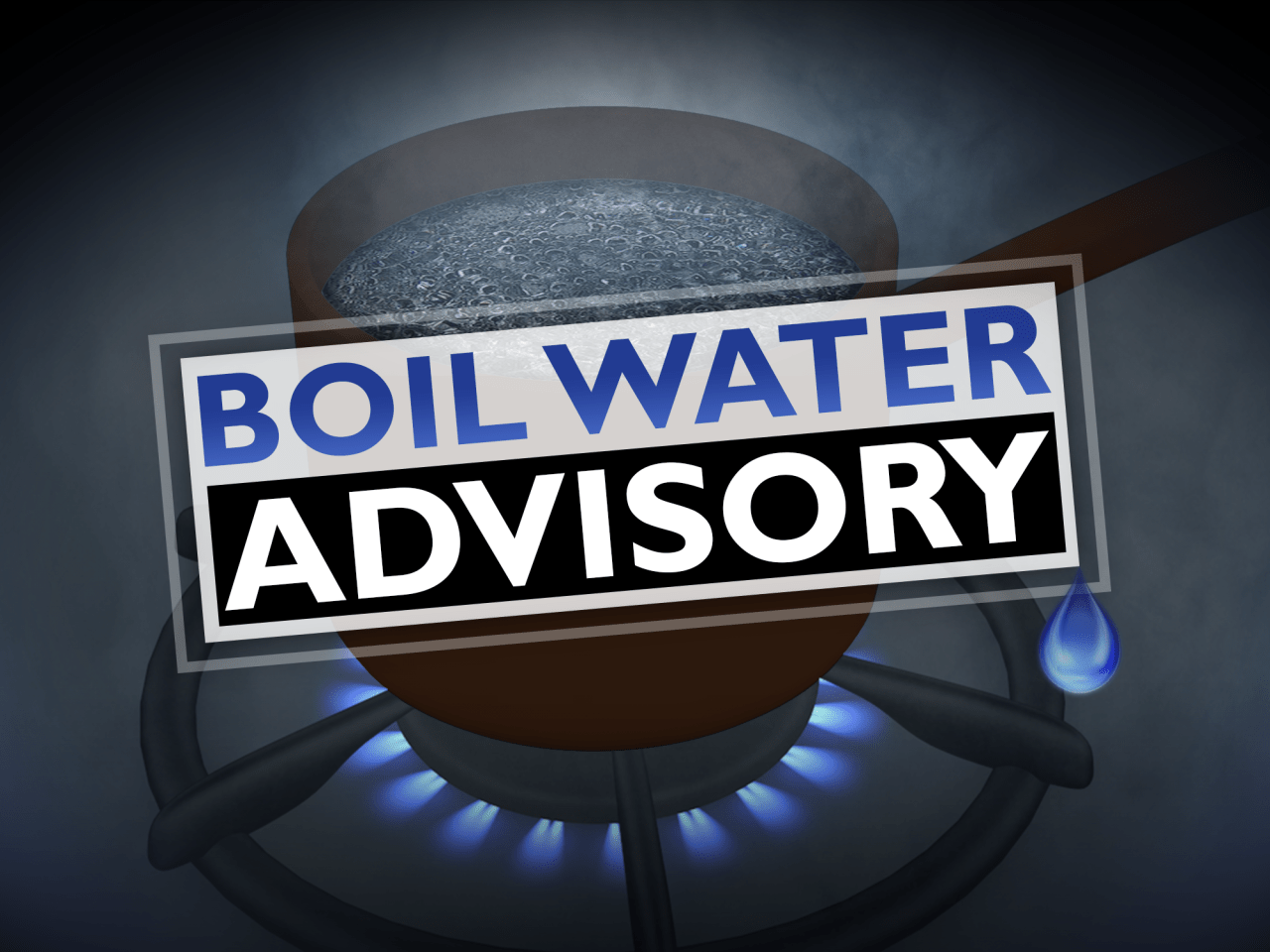 ROSSVILLE (KSNT) – The Kansas Department of Health and Environment implemented a boil water advisory for the public water system in the city of Rossville on Tuesday.

The KDHE is asking people to take the following precautions:

People in this area should take precautions until they are further notified that the issue is resolved according to the KDHE. Officials with the KDHE placed this advisory due to a loss of pressure in the distribution system caused by system maintenance. A loss of chlorine residuals and bacterial contamination can result from the failure to maintain water pressure.

Power outage? Why you should call professionals immediately

The boil advisory will remain in place until the conditions that caused the bacterial contamination are solved. The KDHE is the only department that can rescind the order after testing in the lab.

Questions should be directed to the water system or KDHE at 785-298-5514. More information is available on KDHE’s consumer information page.

People who own restaurants or other establishments and have questions about the impact of the boil advisory on their business can contact the Kansas Department of Agriculture’s food safety & lodging program at [email protected] or call 785-564-6767.