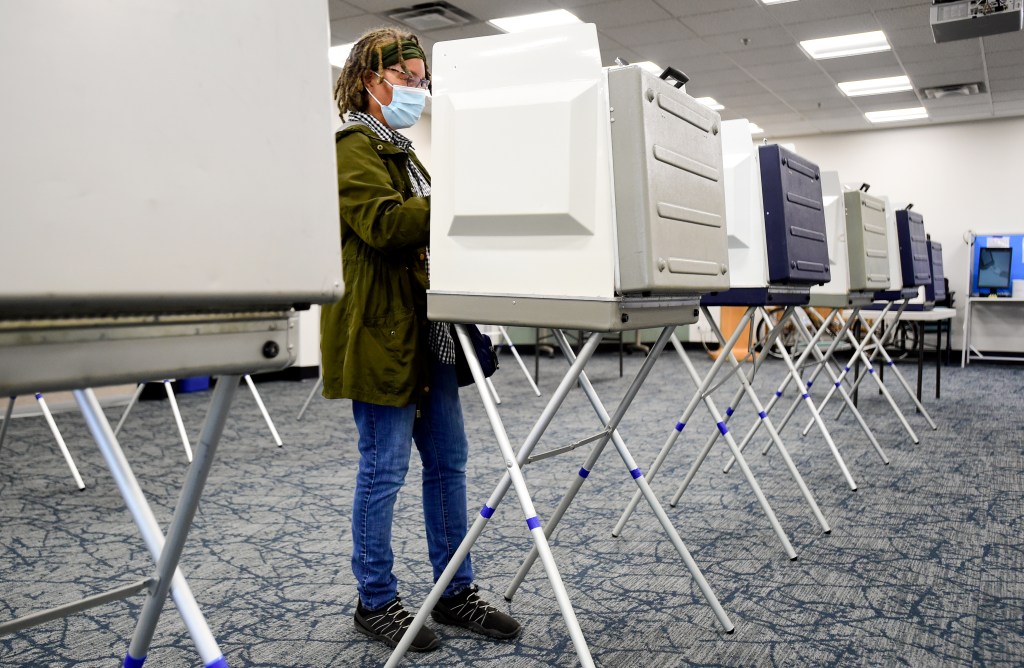 Boulder voters next month will decide whether they want to repeal the city’s existing climate and utility taxes and repurpose them into one climate action tax and if they support the city’s request to allow a debt issuance to help Boulder begin projects earlier if the new climate tax is approved.

On the November ballot, Boulder residents will see two climate-related measures. The first is Issue 2A: the Climate Tax, which is asking voters to repeal the city’s existing climate and utility taxes. If voters approve this measure, the taxes would be combined into one climate action tax that would raise about $6.5 million in the first year. The tax, which would sunset in 2040, designates the money for specific purposes that would help Boulder meet its climate goals. Boulder estimates the tax would result in about $7 extra annually on residential customers’ energy bills, while putting a larger burden on commercial and industrial customers, with additional costs of about $200 and $800, respectively. The city plans to use $1.5 million of the annual revenue to help with wildfire mitigation.

The second related measure voters are being asked to weigh in on is Issue 2B: the Climate Tax Bond. If voters approve Issue 2A — the repurposed climate tax — the city is requesting that voters allow a debt issuance of up to $52.9 million, not to exceed $75 million. This would help Boulder begin projects funded through the new tax earlier. This measure will only move forward if Issue 2A passes.

There are no official organizations campaigning for or against either climate measure, but the Sierra Club-Indian Peaks Group recently endorsed both the climate tax and the bond.

“The city of Boulder has set an aggressive climate strategy with its commitment to be net zero by 2035 and carbon positive by 2040,” according to a news release from the Sierra Club. “The Sierra Club supports these goals and understands that they will require significant resources and revenue. Accordingly, the Sierra Club believes this tax paradigm will be instrumental in supporting climate-resilient policymaking in the city’s future.”

Not all Boulder residents are convinced these measures are the best way to combat climate change and reduce carbon emissions.

“For me, 2A triggers a response of ‘Oh no, not again,’” wrote Boulder resident Patrick Murphy in a guest opinion letter he submitted to the Daily Camera. “Fire mitigation, while important, needs a separate budget. 2B triggers the thought, ‘Are you out of your mind?’  Eighteen-plus years and 80+ million dollars of bondage to bad leadership, bad logic and an employee-packed pay roster.”

In his letter, Murphy wrote that by voting against the measures, resident dissatisfaction will be clear.

As election day looms near, Jonathan Koehn, director of Boulder climate initiatives, stressed the importance of having community trust in the way the city will invest the money to support and expand programs like wildfire resilience, air purification initiatives, renewable energy and debris removal if the measures do pass. He added that the city will also begin community engagement events next year if the measures do pass.

“It’s not just what we do but how we actually invest our critical dollars and target those among us who are the most vulnerable,” Koehn said.

A survey conducted by the city over the summer, which included 1,180 responses from Boulder residents ages 18 and older, did show strong support for the climate tax, with 78% saying they’d vote “yes” on the proposed climate tax. Even though the survey centered on Boulder’s original $5 million proposal, the survey did include a question asking whether respondents would support an $8 million proposal in which 71% said they’d potentially or certainly vote “yes.”

Another notable project the funding could support is an update to the Boulder Community Wildfire Protection Plan, said John Potter, deputy director of resource and stewardship for Boulder Open Space and Mountain Parks.

The plan was last updated in 2007 and includes extensive field data, a compilation of existing fire suppression documents, an analysis of fire behavior across the areas studied and collaboration with various participants including homeowners, Boulder officials and the Colorado State Forest Service.

Potter said the update will identify work the city should be doing or needs to expand such as forest thinning, prescribed grazing, weed management and managing fuels along irrigation ditches.

“With climate change and warming, we’re seeing these more catastrophic events on a more regular basis,” he said.