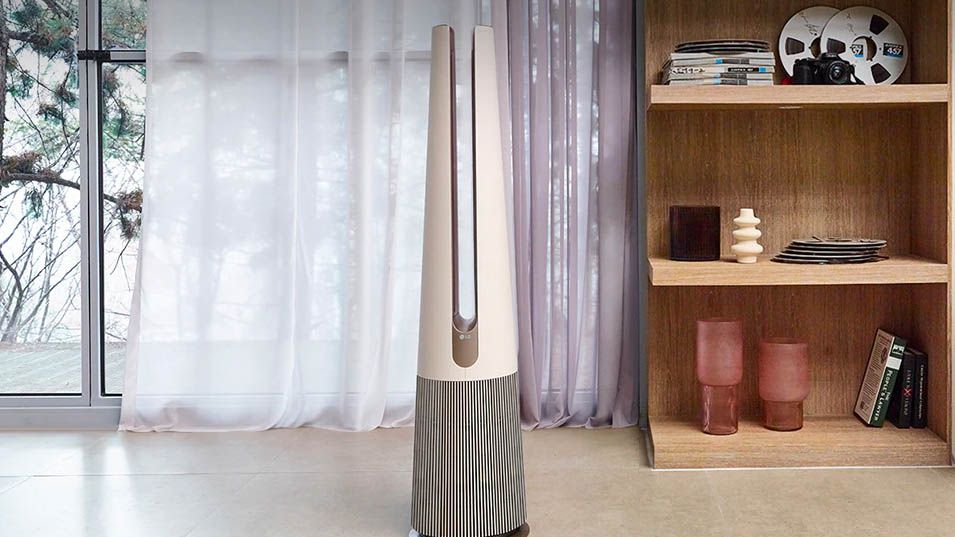 This year’s best air purifiers are being announced at CES 2022 with an impressive range of innovative designs and specs. Among the new models are offerings from LG, Levoit and Coway, who have each launched air-purifier models that will literally bring a breath of fresh air to the home.

So far, we’ve seen the best air purifiers of CES 2022 equipped with powerful filtration technology and handy features, and available in a range of sizes to suit every home and lifestyle.

The best air purifiers are smart-enabled, making it easier to control and monitor them at just a touch of a button from anywhere in or around the home. Some models also allow Amazon Alexa to customize indoor air quality and adjust fan speeds.

Besides removing dust spores, bacteria and various allergens around the home, some of the best air purifiers of CES 2022 include the option of adding essential oils to an aromatherapy-equipped base chamber. Not only does this get you cleaner air, but a sweeter-smelling environment as well.

So whether you want to invest in a new, powerful air purifier or simply want to upgrade, here are the best air purifiers of CES 2022 so far.

If you’re looking for a smart purifier for large spaces, this model is ideal. The Levoit Core filters large indoor rooms of up to 635 square feet and can send back real-time reports to your phone. It operates on a three-stage filtration system that captures 99.97% of airborne particles and 99.99% of viruses. In addition, it has an auto feature that scans the air for particles and adjusts the fan speed accordingly.

For those who want to watch their movies in peace, the Levoit Core is incredibly quiet, with noise levels as low as 26db. It also has Voice Control and can be connected to Amazon Alexa or Google Assistant for added convenience.

If you’re seeking style as well as substance, the PuriCare Aero Tower certainly looks the part. This air-purifying fan is designed to capture 99.7% of fine dust and allergens, and its advanced UVnano LED technology with HEPA filters can capture and kill airborne bacteria.

The PuriCare Aero Tower delivers 360 degrees of clean air and has three airflow options (direct, diffused and wide). Best of all, you can control the air purifier via the LG ThinQ app that allows you to adjust the setting from outside the home. What’s more, its uber-stylish, cylindrical design will blend in with any modern decor.

The Aura Air is an all-in-one, smart air purifier that cleans and disinfects the air. Deemed as the “world’s smartest air purification system,” it works using a powerful 4-stage purification system that detects and captures 99.9% of allergens, viruses and bacteria. With its unique Ray Filter technology, it can also remove odors and harmful gases lurking in the air.

You can control or personalize your room settings via the easy-to-use Aura app, which also connects to Alexa or Google Assistant. What’s more, the Aura Air has a modern, lightweight design that allows you to easily hang it on a wall, making it ideal for compact spaces or apartments. It’s so discreet you’ll never even know it’s there.

If you want cleaner air in less time, the Dreo Air Purifier promises some impressive results. Equipped with a new “supercharged” airflow intake, this latest model offers a more powerful 360-degree system that can clean air in just minutes. Its advanced motor technology can pull in microns and bacteria 10 times better from afar to ensure the entire room is covered.

In addition, it has four air-quality lights, is Energy Star rated, and is super quiet at just 20dB — close to a whisper. The Dreo is ideal for when you want to put the kids to sleep or simply want some peace and quiet.

You can match your air purifier to suit your interior with the Coway Airmega 150’s trendy colors and arty design. Choose from a range of tones, including dove white, sage green, peony pink, navy options, plus two botanical-art editions if you really want to make a statement.

More importantly, the Coway Airmega 150 is powerful, armed with a 3-stage filtration system to easily capture dust, odors and fine particles. Despite its modest size, it has a 214-square foot coverage, more than ideal for mid-sized to small spaces, and its compact design makes it easy to store away discreetly.

It also has a handy air quality indicator ranging from Good and Moderate to Very Unhealthy, so you can always keep an eye on your air cleanliness.

The Airmega 150 isn’t the only Coway model introduced at CES 2022 — it was accompanied by two bigger siblings in the form of the Coway Airmega Icon and IconS. Each can clean a room of up to 700 square feet using a three-stage filtration True HEPA system to screen out 99.99% of particles, including most pathogens.

The attractive neutral-colored fabric covering the Icon and IconS is water- and stain-repellent, and there’s an air-quality sensor that helps adjust fan speed when necessary. The IconS model has Wi-Fi connectivity and can be controlled via the Coway IoCare mobile app, compatible with Google Home and Amazon Alexa.

Most noteworthy of all, the Coway Airmega Icon and IconS have a wireless charging pad built right into the control panel on the top of the device. You can place your smartphone or tablet on the purifier overnight to charge while it cleans the air. The Icon and IconS will be available in the United States in the second quarter of 2022.