The mayor of Stockton in Tooele County warned that the small, rural town needs $3 million to buy a new water system — or the town might need to dissolve.

The announcement came after the town leaders issued a boil order Wednesday for tap water due to the aftermath of the Jacob City Fire, which burned earlier this month upstream of the water treatment plant intake. The plant was temporarily shut down due to the risk of contamination from sediment and debris entering the water supply.

“Due to the town’s water system being in such disarray, we will need to take a $3 million loan out to replace the water system. This loan will cost each resident $66 a month additional on their water bill, paying a total of $96 a month for water, not to include trash or sewer,” Stockton Mayor Nando Meli said in a letter to residents.

He also instituted a ban on “all outside watering” until the community can get its water plant up to full capacity.

“If these steps are not taken, we may need to unincorporate the town,” Meli added in the letter.

That letter posted on social media prompted outcry from some residents, who questioned the price tag, as well as why the new plant wasn’t budgeted for in the past.

An emergency meeting was held Thursday at a ballpark to provide enough room for the anticipated crowd to discuss the water issue and the proposed fee increase.

When reached on Thursday, Meli hesitated about whether he believes the town might really need to lose its incorporated status. “Probably not. I’m just trying to get people’s attention how bad the situation is,” he said.

Incorporated cities and towns have their own leadership and departments. Unincorporated areas are governed by county officials and served by county facilities.

Meli said the water supply has long been an issue. A past mayor several years ago commissioned a study on the plant, which was built in 1985. The study found it would cost $2.6 million to repair, according to Meli.

As of the most recent U.S. census count, Stockton had just 1,072 residents.

He said he’s been working to get funding to replace the treatment plant since January when he took office. He’s been speaking to state and federal agencies trying to get funding for a new facility and to protect the water supply.

“But then after this fire, it’s become more relevant just how bad our water situation is at the town, and so our treatment plant needs to be replaced,” he said.

The pipes are in poor condition, and the foundation and roof need to be replaced. “More or less, the whole plant needs to be rebuilt,” the mayor said.

Since the fire and the subsequent shutoff at the water treatment plant, city residents have been receiving water from a well.

But the town’s generator continued to have issues and ultimately became inoperable, Meli said.

“So right now, we had to do the treatment plant,” Meli said, adding that the Utah Division of Drinking Water told Stockton leaders that residents would need to boil the drinking water to make sure it’s safe.

The treatment plant is processing water, but it is not designed to handle the high amount of sediment that may be entering the system, according to officials. The fire burnt the vegetation upstream of the plant, causing mud to come down the canyon, Meli noted. Crews used a grader and dozer to clear the roads so workers could get up to the treatment plant.

Now, the city can’t use all the water it’s allotted because of the poor operation of the treatment plant, which can’t process it all, according to the mayor.

A man was arrested in July after police said he unintentionally sparked the Jacob City Fire, which burned over 4,000 acres in Tooele County. Police said the man told them the fire started after he plugged a circular saw with a faulty cord into a generator and left it next to a sealed gas can. 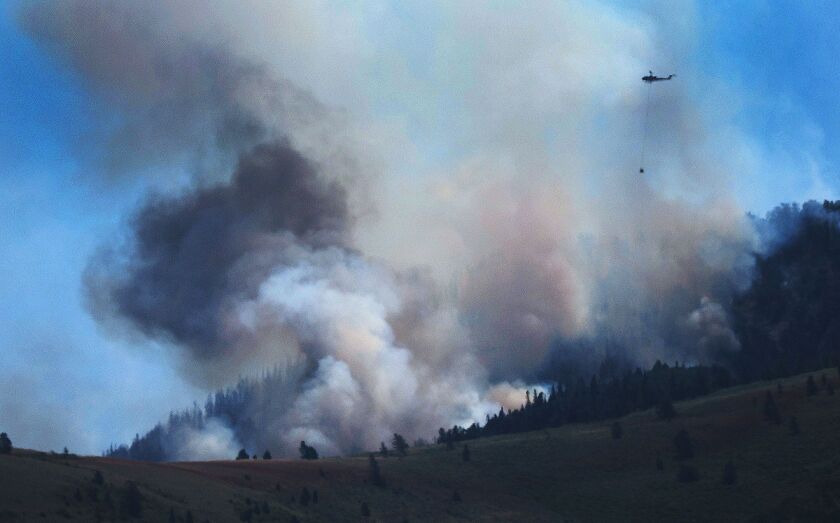