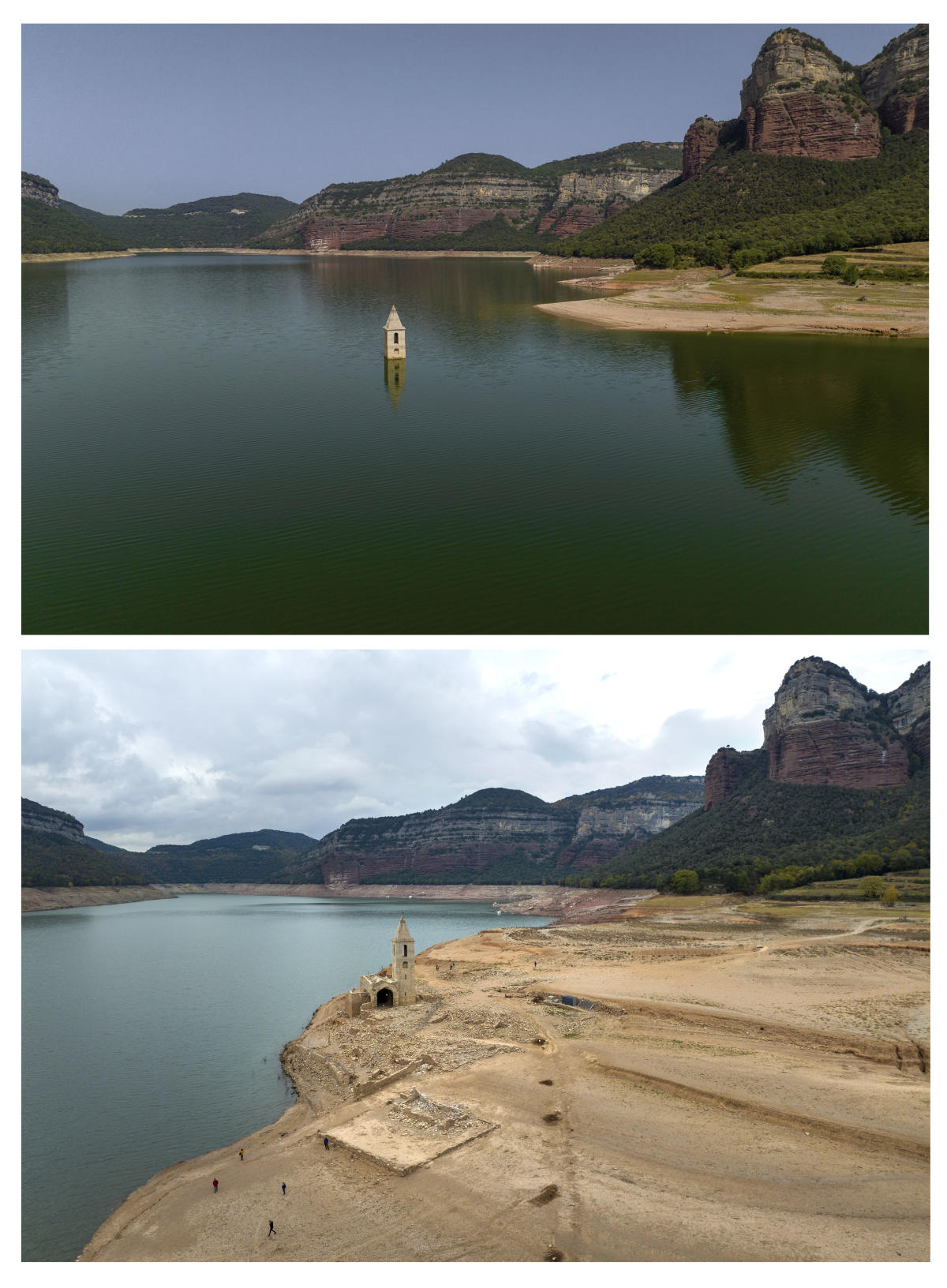 BARCELONA, Spain (AP) — Barcelona and large swathes of Spain’s northeast are going under water restrictions as a months-long drought that has devastated crops starts to put the pinch on human activities in the Mediterranean country.

The measures will affect 6.7 million people, 80% of the population in the Catalonia region, Patrícia Plaja, spokeswoman for the Catalan administration, said Tuesday. Plaja said, for now, it will not be necessary to limit of the use of water inside homes for washing, cooking or drinking, but her government urged citizens to “be aware the exceptional situation the country is facing.”

The measures taking effect Friday will include reductions on water for the irrigation of crops and industry. City dwellers won’t be permitted to use drinking water to wash the exterior of houses or cars or to fill swimming pools. Over 500 town halls, including Barcelona, must stop filling public fountains or cleaning streets with drinking water.

Below-average rainfall that experts have linked to global climate change has shrunken reservoirs anddamaged agriculture and the environment across Spain.

Barcelona now becomes the second major city in Spain to limit water use after Seville did so with similar measures in September following an extremely dry, hot summer.

While reservoirs in Spain’s south near Seville are now the driest, Catalonia’s water reservoirs are down to 34% of capacity, according to Spain’s ministry for the ecological transition.

In 2008, a prolonged drought forced Spanish authorities to bring in water to Barcelona via boat to guarantee domestic use. That led to the construction of a desalination plant near Barcelona that local authorities say is the largest in Europe with a capacity to produce 60 hm3 in a year. It is now running at 90% capacity, authorities said.

Plaja said even if rains eventually provide some relief, “the climate context (means) that Catalonia will suffer longer and more frequent droughts” like other areas of Spain and the wider region.

Climate scientists have identified the Mediterranean as one of the world’s regions that will suffer the most from increasing temperatures due to climate change.

Follow all AP stories on climate change issues at https://apnews.com/hub/climate-and-environment.