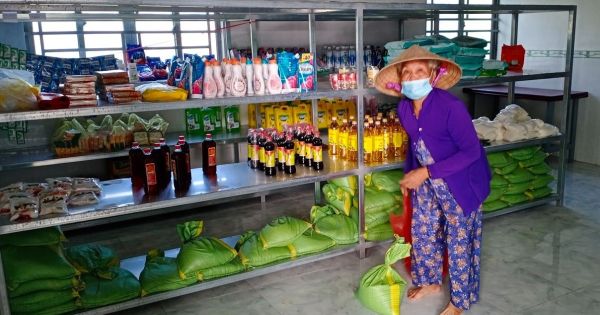 Currently, Vietnam is divided into three geographical regions: North, Central and South. The South of Vietnam consists of two regions: the Southeast and the Mekong Delta River (including 13 provinces and one city).

The Mekong River gives its name to the rich Mekong Delta region; this is known as the “rice bowl” of the whole country. The Mekong is one of the longest rivers in the world. The river originates in China and flows through four countries — Thailand, Myanmar, Laos and Cambodia — before flowing into Vietnam and then pouring into the East Sea through nine estuaries. That’s why it’s called the “Mekong” River Delta: It means the place where nine dragons pour into the sea.

Most of the citizens in the provinces of the Mekong Delta use this river water for daily activities such as eating, bathing and washing. Otherwise, the water is used mainly by hydroelectric dams in upstream countries.

Presently, rapid population growth is leading to increased demand for drinking water, agricultural land and construction. The water quality of the Mekong River is also affected by factors such as industrial pollution, municipal waste and waste disposal; the use of fertilizers and pesticides; soil erosion and salty water intrusion. In rural areas, only a few people use clean water from collecting rain water. The river water is polluted by chemical and organic pollutants, which seriously threaten the environment and human health.

In January 2015, I visited the congregation of the Daughters of our Lady of Can Tho Diocese and stayed there for one week. During this time, I observed that most parishioners of the Duong Lang parish in the Can Tho Diocese used the water from the canal — polluted by fertilizers and pesticides — for their daily activities. It was very harmful to the health of parishioners, especially children. Drinking the unclean water often caused intestinal diseases in children.

Sister Felicia, who is in charge of the community there, said that a benefactor supplied the parish with 20 barrels of filtered water (about 4,000 liters) every month. However, it was not enough for the 700 Duong Lang parishioners. Some families still must use the water from the canal for cooking and drinking.

Most parishioners here are very poor and their lives are hard. A few families have two rice crops a year with an income of about 30 million Vietnamese dong (about $1,250 USD). Others have to work as hired laborers during the rice harvest, and have no other jobs, so their income is not stable, and they cannot afford to buy a pitcher of filtered water to protect their health.

Understanding these difficulties and worrying about the health of parishioners in the Duong Lang Parish as well as non-Catholic citizens living near the parish, I suggested to Sister Anna My (who is a translator for Vietnamese projects) that she ask the Conrad H. Hilton Fund for Sisters for a water purification system for parishioners. (The Conrad N. Hilton Foundation is the major funder of Global Sister Report.)

In 2016, Duong Lang’s parishioners were very happy to receive the water purification system from the Conrad H. Hilton Fund for Sisters. This filtered water is for Catholic and non-Catholic citizens (about 300 people). They can get water any time, for free. They use this water only for drinking and cooking, but still have to use the river water for bathing and washing. The best thing is that they have clean water to protect their health and family.

On average, they take about 1,000 liters of water a day (about 50 bottles of 20 liters). Because the people cannot afford to buy a bucket of filtered water every day, the sisters decided to give them free water and were willing to pay the monthly electric bill. In the six years the water system has operated, the electric bill has more than doubled, while the sisters have no income.

Presently, the sisters teach 30 children ages 3 to 4, all from poor households. The class runs 7 to 11 a.m. After school, the children have lunch and then they go home. The purpose of the class is to teach the children how to greet adults; practice reading with letters; and how to sing songs. The sisters also teach them to recite the Hail Mary and Our Father, and to pray before the class as well as before meals.

The sisters help the 5-year-olds learn to read, write and do math to prepare them for first grade. Sister Stephan, who is in charge of this class, said that because most of the children are from families living in poverty, she does not ask them for their school fee, but only collects money for lunch.

According to the sisters, Duong Lang is a good place to evangelize the poor, especially the non-Catholics. Father Joseph, the parish priest, said that Duong Lang parish is a missionary parish. He really understands and sympathizes with the sisters’ plight in the missionary environment. Therefore, he voluntarily pays the monthly electric bill for the sisters’ water system. Sometimes he also organizes a free supermarket that provides salt, sugar, soy sauce, instant noodles and rice for the people living in poverty.

I met a Catholic man, 43 years old, coming to get water. I asked him, “How do you feel when you use the clean water?” He said that he was so happy and had no more worries because the clean water is safe for his family. Normally, he gets about five barrels of 20 liters of water a week for the four people in his family.

Next I interviewed a 35-year-old non-Catholic woman. She said that she was very grateful to the sisters and priests for giving free clean water to people who are not Catholic. Using this water, she feels that the health of her community, as well as her family, are protected — especially her children, who experienced less inflammatory bowel disease.

Clean water plays a very important role for the health of the community. We, sisters and priests are deeply thankful to the Conrad H. Hilton Fund for Sisters for supplying us with a water filter system so that we have a good chance not only to help the poor to good health but also to complete the mission of the church and that of our congregation in this missionary area. As the prophet Isaiah said: “All you who have no money or you who are thirsty, come and drink without paying money” (Isaiah 55: 1-3).