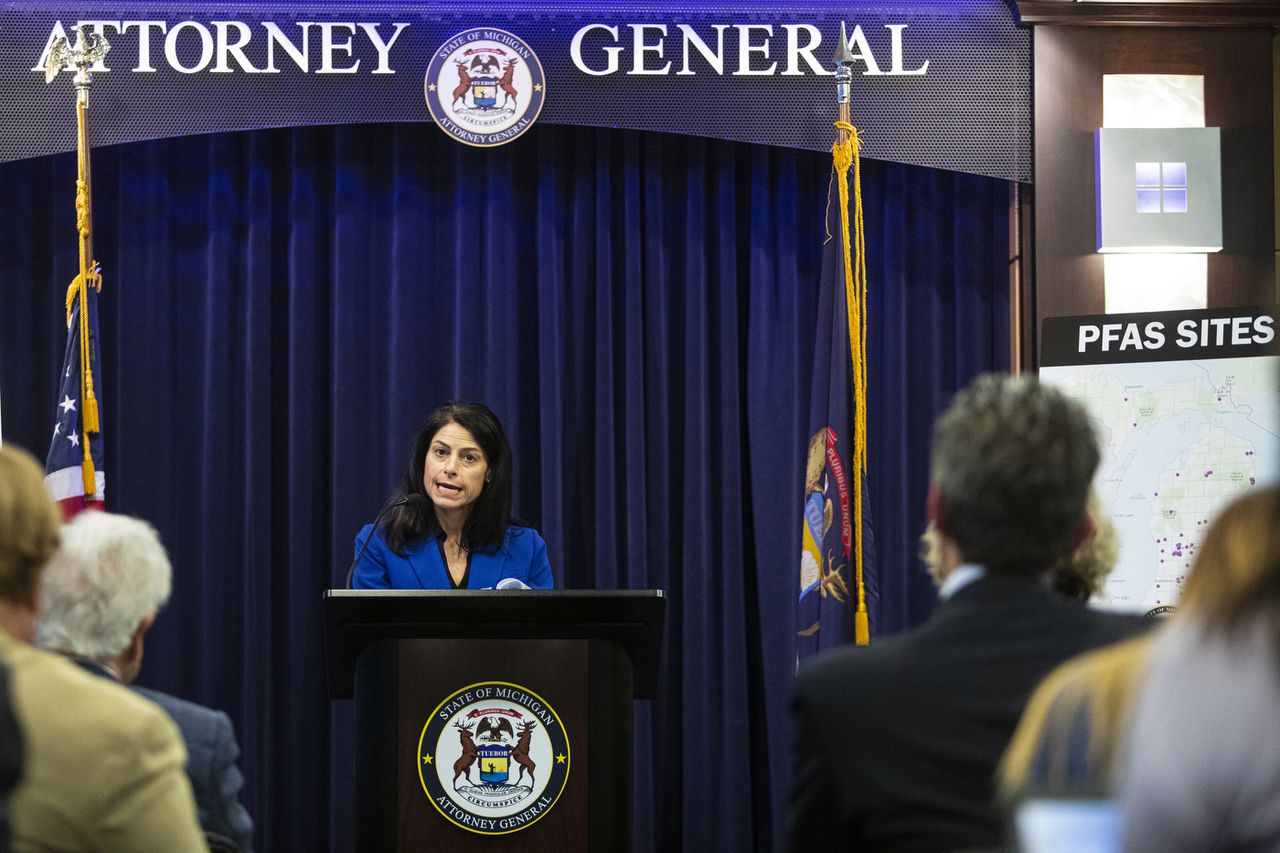 Headquartered in California, FKI Hardware primarily does business in Tulsa, Oklahoma, according to the lawsuit.

The lawsuit claims hazardous substances such as trichloroethylene (TCE), per- and polyfluoroalkyl substances (PFAS), and metals were found in the soil and groundwater. Certain sites had high enough concentration that the air may be contaminated as well, according to the Attorney General’s office.

“Michigan residents deserve to be safe from environmental contamination in their communities,” Nessel said. “Companies that do business in Michigan, pull up stakes and leave their communities with contaminated air and water will pay the price. This lawsuit is another demonstration of my department’s commitment to do what is necessary to hold companies that polluted our environment accountable.”

In 2020, the state sued 17 chemical companies for PFAS contamination. At the time, the identification alone was costing Michigan $25 million per year. Cleanup was estimated to cost multiples more of that amount.

More than 200 PFAS contamination sites have been identified in Michigan so far.

The state’s first cleanup trial is scheduled to begin this year against Asahi Kasei Plastics North America, a manufacturer that previously owned a polluted site in Livingston County.

The lawsuit filed against FKI Hardware seeks to require the company to properly investigate risks posed by soil and groundwater contamination the state says they caused.

Contamination may be concentrated enough to cause harmful vapors to seep up into the air inside buildings above the contamination. These vapors can expose people breathing the indoor air to unacceptable health risks, according to the Attorney General’s office.

The Michigan Department of Environment, Great Lakes, and Energy has demanded compliance with state law regarding remediation at all nine sites listed in the lawsuit, but FKI Hardware has not met its obligations, according to the Attorney General’s office.

“It is critical that companies take responsibility for contamination they caused and that they work with EGLE to achieve full compliance,” Nessel said. “The health of Michigan’s residents and Michigan’s environment are at stake.”

Contamination was found at the following sites:

If a person is exposed while pregnant to TCE at high enough levels, the fetus is at risk of heart malformation. In addition to the risk posed over a short period of time, long-term exposure to TCE puts the exposed person at risk of many serious health complications. TCE is classified as a carcinogen, affecting the liver and kidney, and poses risks of other adverse noncancer effects on the human central nervous system, the immune system, and the endocrine system.

Related: 1.9 million Michigan residents drink some PFAS as evidence mounts about its dangers

Records from EGLE show there were two known contaminant plumes at the facility on 32nd Street. One of which was identified in the 1980s as having metals and PFAS from the plating operation.

Keeler Brass owned the facility from the 1960s through 2016. The location conducted automotive parts washing and metal plating.

Both PFAS and TCE are widely used in metal finishing, according to the Attorney General’s office. The process uses PFAS as a mist suppressant in the plating process and TCE as a degreasing agent for metal parts.

The identification of PFAS at the Keeler Brass facility in the 1980s initiated an immediate cleanup and groundwater investigation, including the installation of a groundwater remediation system. Groundwater collection trenches were installed to prevent contaminated water running off into the tributary to Plaster Creek along the western boundary of the facility and residential homes present to the south of the facility.

A PFAS survey was conducted at the site in 2018 as part of the Industrial Pretreatment Program. The forever chemical was found at elevated levels in the wastewater generated at the former Keeler Brass facility.

A July 2021 report from the Department of Environment, Great Lakes, and Energy noted additional work was needed at the facility since the existing monitoring wells did not define the extent of the PFAS contamination.

More information about Michigan’s PFAS investigation and litigation can be found at https://www.michigan.gov/ag/initiatives/pfas-contamination.