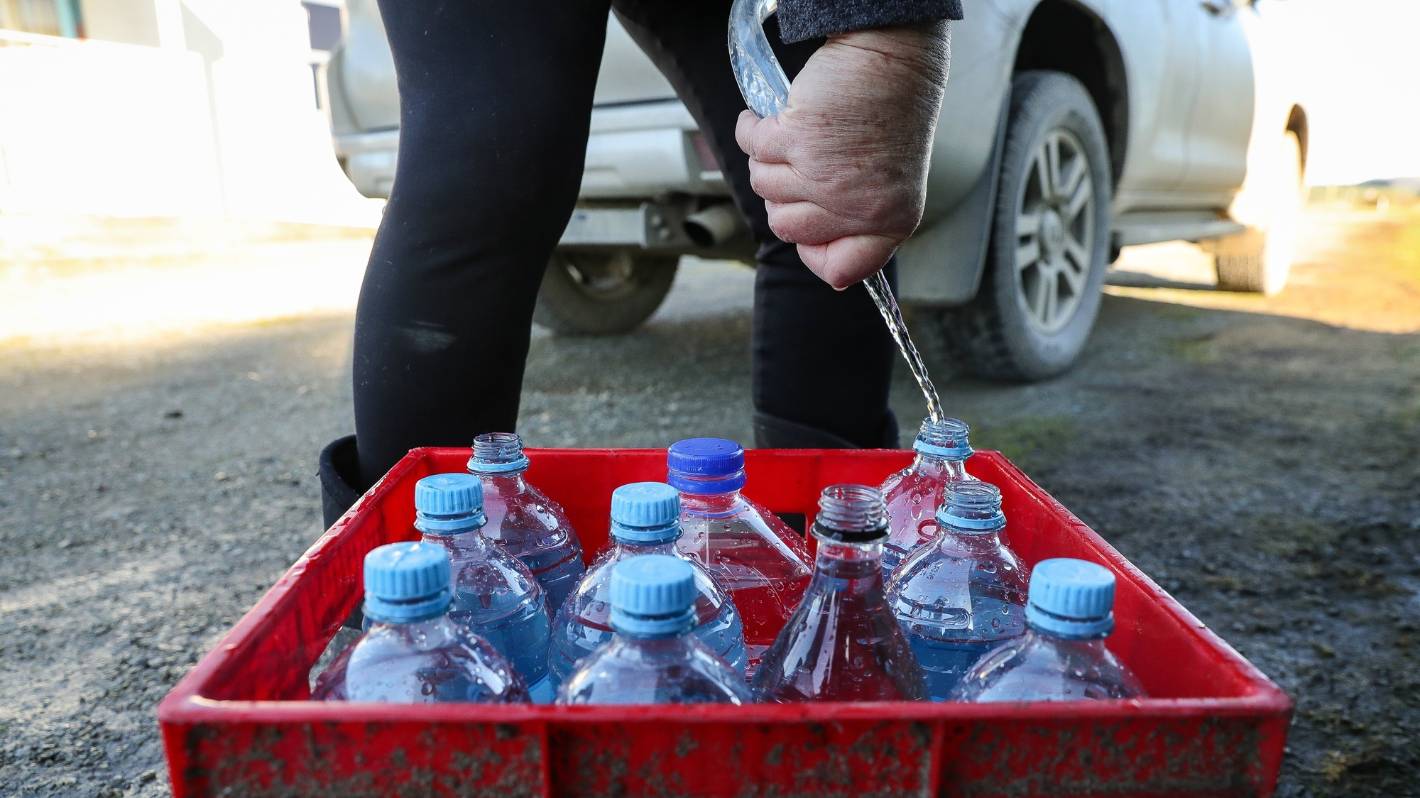 A month after the Waimate District Council announced unsafe levels of nitrates had been discovered in a rural water scheme, affected residents are still being warned against drinking tap water or giving it to pets.

The council says more than 600 consumers of the Lower Waihao Rural (including Waikakahi East) Water Scheme are affected, and has warned boiling the water will not remove nitrates, which can cause serious harm to unborn babies and infants.

Instead, it recommends residents fill bottles for their own use and that of household pets from temporary tanks it has provided at halls in Glenavy and Morven.

“While dogs and cats can handle a higher level of nitrates than most people, it’s advisable to err on the side of caution when providing their water intake.”

The council will address the matter at a public meeting at Glenavy Hall on Saturday, with representatives from the district and regional councils, and Canterbury chief medical officer of health, Matthew Reid, expected to front.

The meeting follows confirmation the council has “committed to building a denitrification plant,” to address the increased nitrate levels.

“However, this is not a short term fix and will take many months to finalise design, build and get required consents for this project,” a statement from the council, posted to its website, says.

WDC says it is working closely with new water regulator Taumata Arowai and Environment Canterbury to resolve the issue, “but there are a number of factors to consider and this will take time.”

The council has been approached for further comment on the matter.

Glenavy resident Patricia Vause said the elevated nitrate levels had seen her stockpiling “heaps” of water bottles in her garage, as she did not believe the water supplied by council in the tanks was clean enough.

“I don’t feel its clean enough compared to the water you buy,” Vause, a resident of the area for almost 20 years, said.

“The first lot was good, but the second one was worse. It’s been a bit of a hassle. I won’t even use it to wash the veggies.”

Vause said she will be sticking to the water she buys from the supermarket until she knows for sure the water in the tanks is clean and clear.

WDC warned users not to drink water from the scheme on August 6.

Glenavy resident Patricia Vause is now buying her water from the supermarket.

The council has acknowledged “the elevated nitrate levels will come as a shock” to scheme users.

In August, Carl Hanson, a groundwater science manager with ECan, said the supply’s intake is “a shallow well located in an area of intensive farming.”

“Our monitoring has shown nitrate concentrations in shallow groundwater in the area to be increasing over the past 20 to 30 years.

“This was a driver for the setting of limits for nitrate losses that are now included in the Canterbury Land and Water Regional Plan.”

Hanson said the only immediate solution to the problem would be for the Waimate District Council to find an alternative source with lower nitrate concentrations.

A tank at Morven Hall supplying water to residents with high nitrates in their tap water.

“The nitrate concentrations in the current supply may decrease again over time, but this could take weeks or months.”

Health researchers and environmental groups have called to lower the 50mg/L maximum acceptable value (equivalent to 11.3mg/l nitrate-nitrogen and more than 10 times higher than the level linked to increased bowel cancer risk in a major Danish study published in 2018).

Research released in 2021 found the chances of a premature birth increased by 47 per cent when nitrates in drinking water were just 5 mg/L.

The council has also advised residents they can source water from a potable water tap source at Victoria Park, Hillary St, in Waimate.