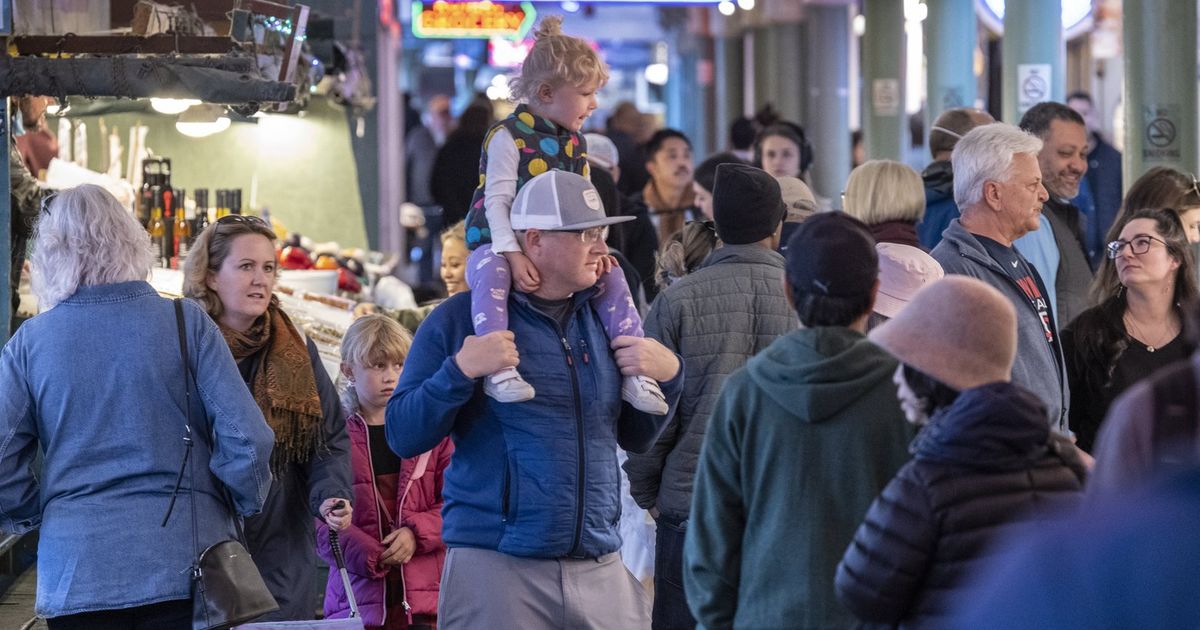 A new phase of the pandemic. A lull between waves. A time of reflection.

Scientists, politicians and public health leaders have spent the past few months using these phrases to describe where Washington stands in the battle against COVID-19. Now case rates are increasing once again, despite many people in recent weeks inching — or lunging — back toward pre-pandemic norms.

But shifting public health guidance, the emergence of new variants and continued strain on hospitals has made it difficult for many to gauge their personal and community risk, leaving Washingtonians to wonder: Is this a new phase of the pandemic?

“There’s a lot of uncertainty now,” said Renee Magnan, an associate professor of social and health psychology at Washington State University. “We’ve all heard of pandemic fatigue. People are really tired of having to do the things. … And I can see that there’s frustration with how quickly, in some ways, recommendations have been changing.”

Even when faced with frustration and fatigue, though, it’s hard to ignore the latest COVID trends, said Dr. Josh Schiffer, a vaccine and infectious diseases professor at Fred Hutchinson Cancer Research Center.

“I can very much understand why people feel confused,” he said. “There’s a high incidence of cases, yet we’re not measuring cases with as much precision or care as we did before. It’s certainly a bit unsettling.”

Where we are headed next is impossible to say. There is some hope in the recent numbers. The state recently recorded its lowest ever seven-day COVID death rate since the pandemic began, at 0.2 deaths per 100,000 residents, which translates to 16 deaths per 100,000 over seven days.

In March, Schiffer likened the end of indoor mask mandates to a “natural experiment.” One effect of how the experiment is playing out, it seems, is a persistent uneasiness in everyday life.

When Gov. Jay Inslee in February announced his plan to end indoor mask mandates, he said he was waiting for a state average of 5 COVID hospitalizations per 100,000 people — a threshold Washington met the first week of March.

The levels are low in comparison to past surges, but state hospital leaders are “definitely concerned,” Beth Zborowski, spokesperson for the Washington State Hospital Association, said last week.

“The entire health care system remains fragile,” Zborowski said. “We still have staffing shortages and people are seeking care for things they’ve delayed. We’re encouraging people to follow public health guidance to slow the spread of this wave by wearing well-fitting masks indoors or to move gatherings outdoors if possible.”

Infections also continue to increase throughout the state.

King County is recording an average of 1,000-plus new infections per day, a count that’s tripled since the start of April. The record-breaking winter surge of omicron cases still dwarfs current infection levels, according to the county’s data dashboard, but cases have passed the peak of the county’s delta wave last summer, which had a seven-day average of about 630 daily infections in late August.

The increase was anticipated, King County health officer Dr. Jeff Duchin said last month, and is a sign to slow down on rolling back prevention measures. Still, the county has no plans to return to mandatory masking at this point.

“As always, it’s difficult to predict the extent and severity of future surges,” Duchin said in a statement Wednesday.

Cases are picking up elsewhere, too. Snohomish County last week joined Whatcom County in moving from a category of “low” community transmission risk to “medium” community risk, as defined by the Centers for Disease Control and Prevention.

In a news conference, Snohomish County’s top health officer, Dr. Chris Spitters, recommended increased COVID preventions for all residents, including consistent use of face masks, which are now “strongly recommended,” he said.

King County also falls into the medium-risk category, while Pierce remains at the low-risk level.

Omicron and its subvariants continue to make up the vast majority of virus circulating in Washington.

While the initial omicron strain sped through the state, shocking health experts by leading to unprecedented case and hospitalization numbers in a matter of weeks, the subvariants that emerged in different parts of the world since then have spread at a much slower pace in Washington.

Omicron’s BA.2 subvariant remains dominant, after outpacing the initial strain in recent months — a reminder that new variants continue to emerge and surpass previous ones, which virologists expect as the virus evolves.

BA.2 currently makes up about 93% to 96% of circulating variants, while its sublineage, BA.2.12.1, accounts for about 2 to 4%, according to the state Department of Health’s (DOH) weekly sequencing report. Other omicron lineages (ones not classified as variants of concern or variants being monitored) make up about 1.4%.

Scientists noticed BA.2.12.1 first start picking up in New York and Massachusetts and is estimated to be about 25% more transmissible than BA.2.

Two other omicron subvariants, BA.4 and BA.5, which have caused spikes in South Africa, are also circulating at low levels in the United States, The New York Times reported last week. Neither is a current concern in Washington.

Although omicron’s subvariants appear to be more infectious, which would help explain the recent change in case trends, the illness they cause seems less severe, according to public health officials.

“It’s fairly unsettling how quickly this version of omicron evolved to be even more contagious than the last version, and it’s next to impossible to say when that will end and what that will look like,” Schiffer said.

Trevor Bedford, a leading infectious disease scientist in Seattle who has tracked the virus’s genome since the pandemic began, said in a webinar last month that he generally expects future viral evolution to occur in a gradual accumulation of mutations, similar to influenza viruses.

Some predictions aren’t yet clear, however, and Bedford added that more targeted experiments are needed.

Despite changing state requirements, general safety recommendations have largely stayed the same: Get vaccinated and boosted, wear masks in crowded settings, improve indoor air ventilation and get tested before gatherings.

Washington state and the federal government are still shipping free COVID rapid tests, which are in much greater supply now, according to DOH.

In March, Washington announced an expansion of its free test program (sayyescovidhometest.org) to allow up to two orders per household every month while supplies last. Last week, DOH confirmed it has 3.3 million tests on hand and more on the way.

The White House also expanded its program (COVIDTests.gov) in March to allow households to order a second batch of four more.

In addition, the state’s exposure notification system, known as WA Notify, is still running, gaining new activations every month, said Dr. Bryant Thomas Karras, DOH’s chief medical informatics officer. As of this week, the program — which went live in November 2020 — reported more than 3.2 million activations, about 300,000 of which were turned on this year, Karras said.

Users who enable the system can receive notifications when they’ve been exposed to someone who tested positive for COVID, or anonymously report a positive test. The program uses Bluetooth technology to exchange codes with other phones nearby and takes into account how close users are and for how long they might have been exposed to each other.

While the state is still encouraging use of its various disease prevention tools, it can be difficult to remember every single one, and harder yet to choose to use them diligently, said Magnan, the WSU health psychologist.

“We’re really good at rationalizing our behavior,” she said. “You hear that a lot [with younger people, who are generally at less risk of severe illness]: ‘Well, I don’t need to do this and that because I’m under 20.’ “

The reaction is understandable, Magnan said, adding that preventative measures are often difficult to maintain over time.

Still, she urged people to remember, “We’re trying to help one another. That can be hard to remember sometimes. It’s not just about ourselves.”

Information from The Seattle Times archives is included in this story.