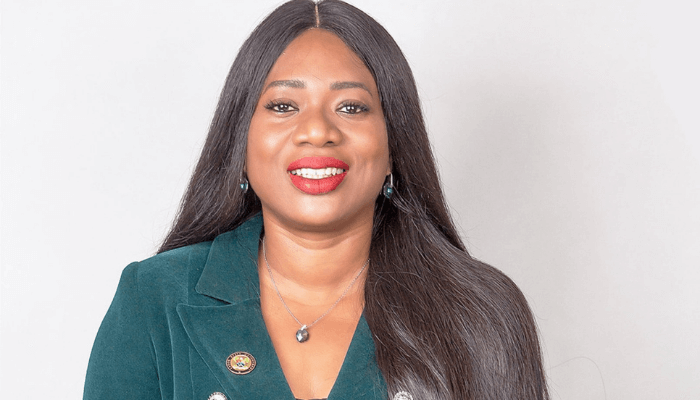 The General Manager, LASEPA, Dr Dolapo Fasawe, disclosed this to newsmen on the sidelines of the official kick-off ceremony for the “EKO Clean Air” project on Saturday (not recent) in Lagos. The News Agency of Nigeria (NAN) reports that the theme of the project is “Breathe Clean Air Now”.

Fasawe said the figures were derived from a report which recorded the impact of air pollution on the health of residents, saying the administration of Governor Babajide Sanwo-Olu had been very deliberate and proactive in its resolve to deliver clean air and sustainable environment to Lagos residents.

She noted that upon resumption, the governor prioritised health and the environment in the administration’s THEMES agenda “because there is no good health without a good environment.

There was no such requirement when in 1952, the same Lagos won the first prize in the British Commonwealth as the city with the cleanest water

“Eko for Clean Air is preaching prosperity, good health, increased GDP and increased productivity for the people of Lagos State. We are currently in Itedo community and the response has been mind blowing.

We did Air Quality Study before this intervention and we also did something called the K-A-P: Knowledge, Attitude and Practices and we realised that a lot of persons did not know the effects of air pollution on health.

“So, as regards our coming here to preach clean energy and recycling, the people are excited and they are committed to partnering with the government on the project. As you can see, the government is teaching the people the practice of waste to wealth by buying the plastic waste, E-waste and used oils from them, thus putting money in their pocket”.

She said LASEPA would return to the community in four weeks to measure the air quality and ascertain their compliance with the practice already established.

“If they had listened to us, and they are practising what we have taught them, the air will be cleaner.

“We will not stop to see plastic bottles on the road because Lagos State is leaving behind a permanent plastic recycler in this community. Everyday, bring your plastic and you will be paid right there for used plastic,” Fasawe said.

The general manager said that the state government intends to replicate the project in the 57 local government areas and LCDAs before the end of the administration of the present government.

She urged the people of the community to use rechargeable lamps instead of kerosene lanterns, use gas instead of firewood and reusable bottles for drinking water instead of sachet or bottle water.

NAN reports that 500 cooking gas cylinders, 400 rechargeable lamps and 1000 reusable bottles and bags were distributed to residents of the community by the government.

The climax of the occasion was the commissioning of a borehole facility with 80 in-built water treatment gadgets built for the community by the government.”

In this seedy and claustrophobic cauldron of grime, filth, ruin and remnants we nevertheless have to deploy our fierce and feisty navigational skills. There was no such requirement when in 1952, the same Lagos won the first prize in the British Commonwealth as the city with the cleanest water.

It was Dr. Ladipo Oluwole (an old boy of King’s College, Lagos) who travelled all the way to Australia to collect the glittering trophy and the generous accolades plus the inspirational encomiums. But back then, the population of Lagos was just a little more than two hundred and fifty thousand.

Now, we are twenty-million during the day and twenty-five million at night (without including the living dead !!) Besides, in the 1950’s Lagos was blissful, serene and had no debts.

In addition, fresh air was freely available to both the rich and poor who had no qualms about walking up and down the Marina just to enjoy the breeze. Now, the air is foul and the debts keep mounting.

In the meantime the government has unleashed terror and terrorism on the J.K. Randle family. It commenced with stealth in 1969 and gathered momentum in 1975 with the compulsory acquisition of vast tracts of our land (286.4 Hectares). Here we are, almost fifty years afterwards we have not received a dime in compensation.

It is prime location which stretches over Alausa/Agidingbi/Ikeja. In Surulere, the “Shell Club” (Adeniran Ogunsanya Street) and the adjoining Nigerian Ports Authority Sports Grounds have been the target of government intrigue and malfeasance. Time and space will not permit us to dwell on the shenanigans over Shell Club.

The matter has dragged on in court for several decades. Where government has surpassed itself is with regard to our family land at Onikan, Lagos. It was my grandfather, Dr. J.K. Randle who bequeathed the garden (“Love Garden”) when he died in 1928 “… to the people of Lagos for their peaceful enjoyment and recreation”.

He left it in the custody of Lagos Town Council which was subsequently replaced by Lagos City Council (now Lagos Island Local Government). He provided generous funds in his estate for the maintenance of the garden.

During the colonial government, the garden was in pristine condition. The flowers bloomed; and both the rich and the poor were welcome to savour the soothing balm provided by nature in a bold endeavour to connect us with humanity and civilization while lovers, both young and old wandered freely literally “In The Garden of Love” – exchanging furtive kisses, swapping love letters and the occasional outburst of everlasting love, unflinching devotion and eternal fidelity.

The Colonial Government (British) kept faith but no sooner after their departure in 1960, the funds were purloined or diverted by government officials into private pockets. Neglect and decline followed in rapid succession. By the time the military struck on 15th January 1966, the garden was a shadow of its old self.

Subsequently, the military acquired it ostensibly for “public purpose” with the Land Use Act of 1978 as cover but promptly handed it over to a private aorganisation – Musical Society of Nigeria [MUSON]. It is now known as the Muson Centre.

Of course, both the law and morality have combined to point the way to justice and fairness – if the garden would no longer be used for the purpose for which it was donated equity demands that it should be returned to the Randle family.

As for the adjacent property – the Dr. J.K. Randle Swimming Pool that was where several generations of Lagosians learnt how to swim. It bears repetition that my grandfather graduated from Edinburgh University, United Kingdom, in Medicine with a Gold Medal in surgery in 1888. Thereafter, he joined the Colonial Service but resigned on account of racial discrimination. White doctors who were his juniors were being paid higher salaries!!