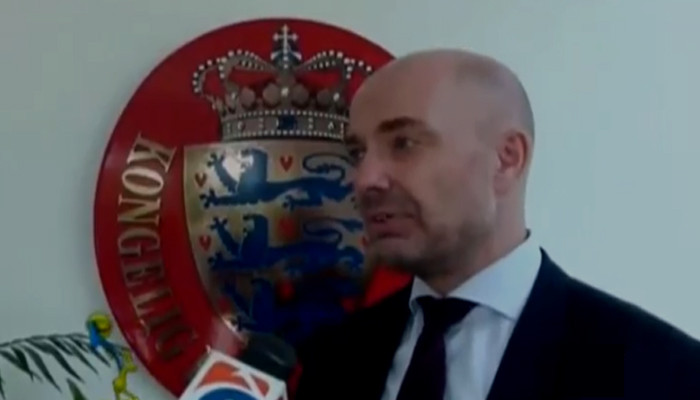 ISLAMABAD: After committing $1.3 million for Pakistan on the flash appeal of the United Nations, Denmark has announced that it will provide clean drinking water daily to at least 40,000 people in the flood hit areas of Sindh.

“We support Pakistan in different ways. First of all, we have been able to commit $1.3 million to the flash appeal and today, we have received a team of water purification specialists from Denmark. Within the next couple of days, they will set up a  water purification facility in the flood effected province of Sindh,” said Ambassador Designate Jakob Linulf, exclusively talking to this correspondent at his residence.

Linulf, an experienced diplomat in Danish foreign service, reached Islamabad only a week ago.

To a question, the Ambassador designate said that it is not yet clear how long  the water team will stay in Pakistan; it will be decided according to the situation. He said that the team will carry out its operation in Sindh and they will be discussing coordinating with the Pakistani authorities on the setting up of the water purification plant.

The team will provide 120,000 litres of clean water per day for at least four weeks.

When asked what is being done with regard to  mitigating the effects of climate change, Jakob Linulf said that last week Denmark and Pakistan entered a new bilateral framework so that they can work together for the sustainability of a green agenda.