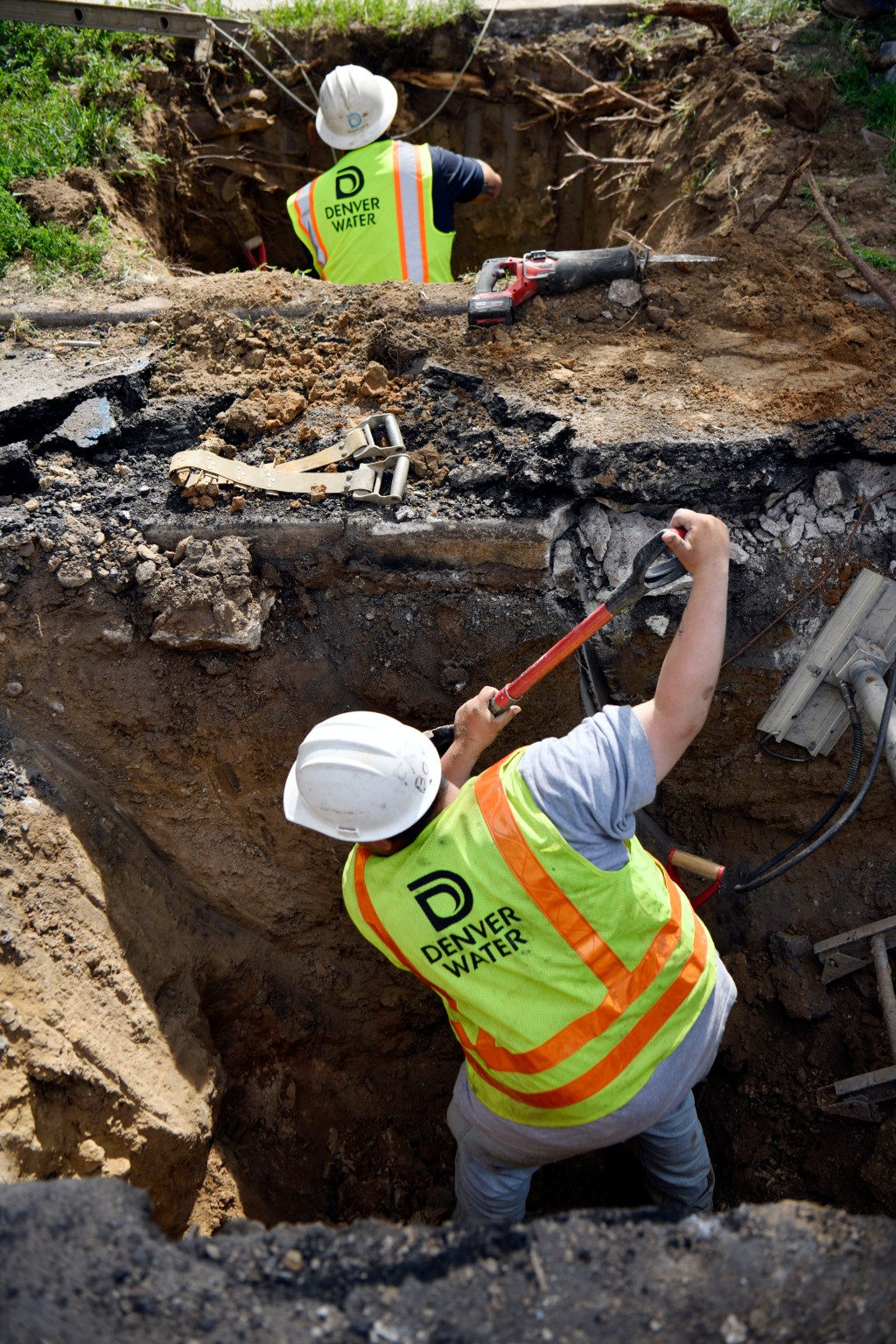 In that time, Denver Water has replaced thousands of lead service lines and kept levels of the toxic, heavy metal in its water supply at a fraction of the allowable federal limits, Sarah Bahrman, chief of the EPA’s Safe Drinking Water Branch, said.

Bahrman said EPA officials are recommending that Denver Water be allowed to finish the remaining 12 years of its replacement plan, a decision that EPA Region 8 Administrator KC Becker is expected to make in the coming weeks.

Denver Water officials originally estimated that between 64,000 and 84,000 homes received water through lead service lines and that replacing them would cost about $500 million and take 15 years. Considering inflation, supply chain shortages and more, Alexis Woodrow, the utility’s lead reduction program manager, said the new cost estimate for the life of the program is more likely to be $681 million.

The heavy metal is linked to developmental disabilities and other long-term health problems. Lead levels spiked in Denver’s water in 2012, raising the alarm that led to the replacement program, now underway.

Denver Water needed approval from the EPA because CEO and Manager Jim Lochhead pushed back on a mandate from the Colorado Department of Public Health and Environment, which originally ordered the utility to inject a nutrient – orthophosphate – into its water system.

Lochhead argued that orthophosphate could pose a health risk for metro residents and downstream communities. Instead he proposed to send water filters to homes that might have lead service lines, replace the service lines themselves and to slightly boost the water’s alkalinity to stop the heavy metal from breaking off into the water supply.

Federal officials approved Lochhead’s plan on that trial basis in late 2019 and the replacement program began in early 2020. That tentative approval also required the utility to replace at least 7% of its lead service lines each year, approximately 4,477 lines.

To date, Denver Water has replaced about 4,500 lead service lines each year, Woodrow said, putting the plan on schedule, if not slightly ahead.

The issue of lead piping isn’t just limited to Denver, the heavy metal can be found connecting buildings to water suppliers across the state (and the rest of the country). Of 67 Colorado schools that tested their water between 2018 and 2020, 40 had lead levels above federal standards.

Medical experts say doctors aren’t testing children often enough to see if they have lead in their bloodstream, which is often the only way to know whether they’ve been exposed to the toxic metal.

Replacing lead piping is costly and time-consuming but there are federal funds available. Money from the $1.9 trillion American Rescue Plan and the $1 trillion bipartisan infrastructure bill enacted last year can be used for the purpose. Woodrow said Denver Water is asking for money from the federal government, which could be used to speed up its replacement program.

Anyone concerned about possible lead in their water can request a free test from Denver Water at denverwater.org.