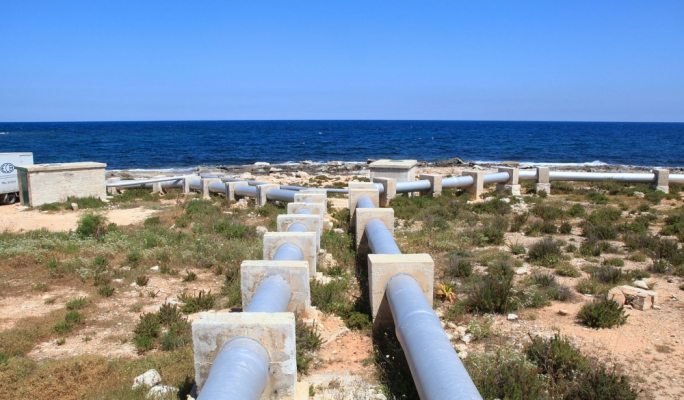 Tap water is safe to drink, but its taste is too metallic in certain areas, making it unpalatable for many who prefer bottled water.

Now the Water Services Corporation wants to change this by improving the taste and getting tap water on every dining table.

To achieve this, the WSC will be reducing chloride levels, which gives water a metallic taste, by 20% during 2022.

And to do this, the state company will increase the production of water from reverse osmosis plants by 14%, while reducing groundwater extraction by the same rate.

The chloride level of blended water currently stands at an average of 500 parts per million (ppm). Although this has no ill-effects on human health, it impacts on the taste of water, resulting in greater consumption of bottled water.

“We believe that our tap water needs to be available on each and every dining table. This will significantly reduce plastic use and waste: ‘reduce’ is the most crucial tactic in sustainable growth,” the report states.

The increase in the share of RO water comes at a cost, since the plants consume hefty amounts of electricity. However, ground water extraction also requires the use of electricity-powered pumps but is generally less taxing. One potential risk not mentioned in the report is increased dependency on sea water which also increases vulnerability to risks like oil spills.

Apart from greater investment in solar energy, the report refers to a concentrated effort in energy management. It also refers to specific energy reductions through the replacement of pumps, upgrades in the electrical control panels and air blowers and modifications to energy hungry processes to minimise the carbon footprint associated with the production, distribution, waste collection and treatment of water.

The newly-constructed RO plant at Ħondoq in Gozo will be using pumping equipment that consumes 20% less energy than the current equipment used in other RO plants.

The report shows that despite the increased share of RO water expected in 2022, the corporation’s electricity bill will be reduced from €19.5 million to €19.2 million.

Production capacity will increase considerably once the Ħondoq plant in Gozo is fully commissioned and more upgrades in the Malta plants are finalised.

While extraction from groundwater sources will continue to decrease in the coming years, the number of boreholes will actually increase. This is because a number of boreholes that have not been in use for many years will be recommissioned to relieve the stress on other parts of the island.

The corporation also intends to increase potable water reserves across the country, thereby improving the security of supply. The Naval Reservoir at Luqa will be re-commissioned by mid-2022.

The report also indicates a sharp reduction in leaks and unbilled water. The amount of unbilled water referred as Non Revenue Water (NRW) has been on the decline over the last five years following a peak of over 43%. NRW has been successfully reduced from 39% in 2020 to 35.9% in 2021.

Leakages have been reduced to a record low level, resulting in a 1.4% reduction in the production of water over the preceding year.

Improvement in metering to ascertain that water consumption is more accurately billed, results in an overall improvement of 3.6% over the preceding year.