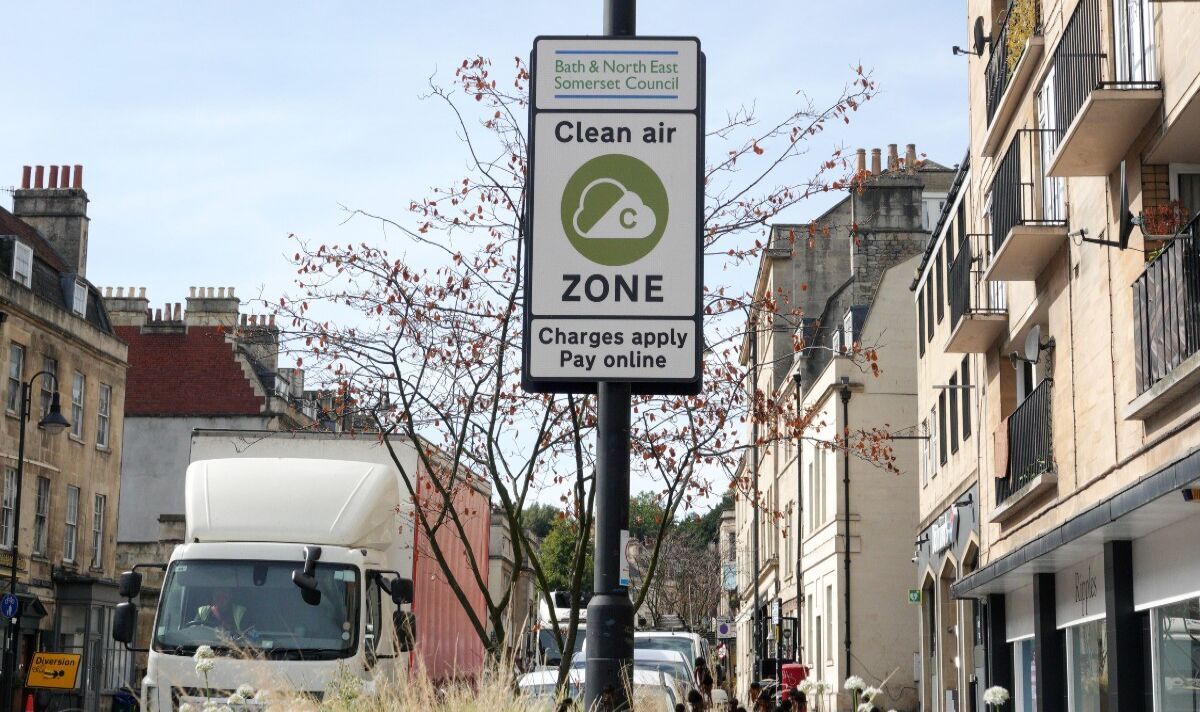 James Hammond, who is originally from Minworth in Sutton Coldfield, was fined by Birmingham City Council for entering the clean air zone 13 times over two months. This was despite Mr Hammond purposely buying a 2003 Mercedes S500l to make sure that it was compliant with the emission rules.

The motorist replaced his old diesel Mercedes C220 that was deemed in breach of the city council’s clean air zone (CAZ) emissions limits.

Mr Hammond then drove into the zone 13 times in the space of a month.

Unknowingly to him, however, each time he made the journey he received a fine.

Mr Hammond was unaware of the punishments as the council took a month to send out the fines.

READ MORE: Motorists advised to use fuel-saving trick when at the petrol station

The DVLA confirmed the switch had been made, but Birmingham City Council’s systems said his car was not compliant.

Mr Hammond told BirminghamLive: “I bought a 2003 petrol model and checked before that I could use it in the CAZ.

“I changed the private plate I had on my older diesel Mercedes to the 2003 one, a S500. That’s a five-litre petrol but is compliant, when my 2.2-litre diesel isn’t.

“I got the private number plate ‘V21 JMH’ from the DVLA and had it on the same Mercedes for more than 20 years. But after I put it on the ‘new’ Mercedes I got lots of CAZ fines, 13 of them, as I’d driven into Birmingham and not known about the error.

“I called Birmingham City Council up after checking on the Government website what the CO2 emission levels were and the site said my car was compliant.”

He added: “But the city council said the 2003 diesel wasn’t. I said ‘I have changed the number plate, not the emissions’. They said given the ‘V’ number plate they have picked the car up as a 2000 model, which is wrong.

“The DVLA said the 2003 car was CAZ complaint and also confirmed the number plate had switched. They were so helpful. But I have been told by the council I have to appeal each ticket separately.

“When I spoke to the city council person…they treat you like a criminal. He said ‘go online and appeal it’. They need some training. Sometimes they are not always right.”

Birmingham City Council spokesperson said: “For someone who receives a penalty charge notice they can choose to pay the standard charge of £120 or they have the option of a discounted charge, if paid within 14 days.

“Alternatively, if the person believes that the penalty charge notice has been issued incorrectly they can choose to submit a challenge.

“If someone chooses to challenge a penalty charge notice they have up to 28 days from the date of issue of the notice and a challenge can be submitted online or by post.

“To make the process as clear and as transparent as possible the penalty charge notice includes the grounds for a challenge, in line with the relevant legislation, and the council has published clear guidelines on how it considers all representations.

“If someone is unhappy with the decision of the council to reject a challenge there is another right to appeal or right to challenge a penalty charge notice at later stages of the process.”