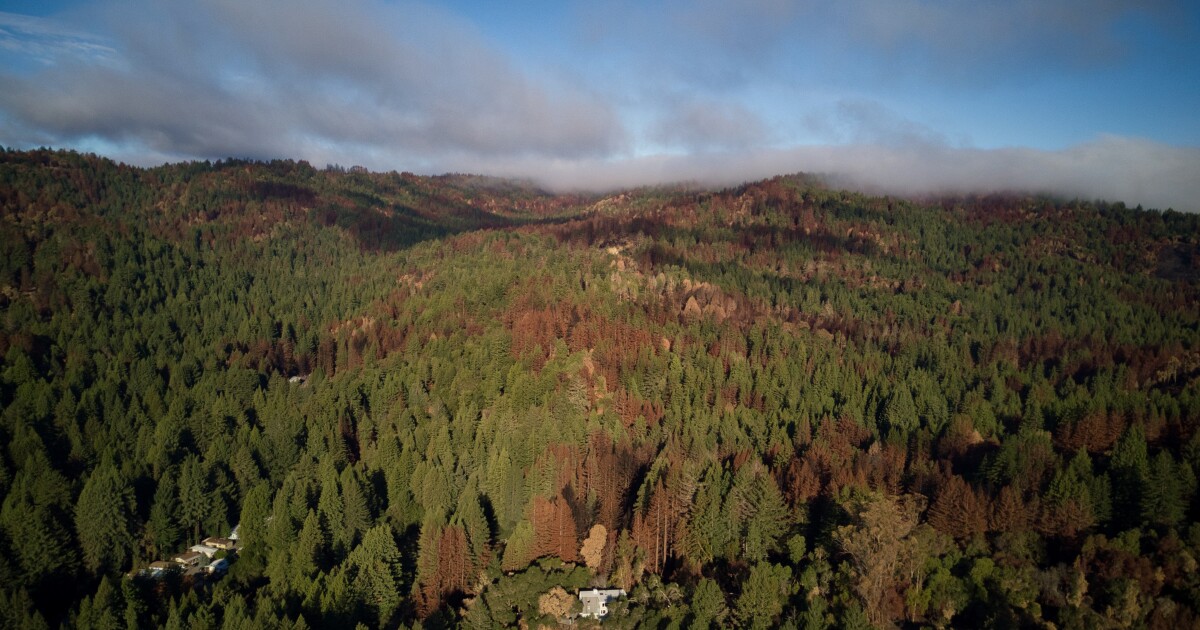 How the state and its localities manage precious water resources will play a central role in determining the fate and future of California.

The extended drought, the slow drying of the Colorado River and its reservoirs, diminishing snow packs and the overpumping of groundwater have collectively placed a new emphasis on water districts and their elected boards across the state.

Thanks to the local watersheds and underground reservoirs, Santa Cruz County doesn’t have to worry in the same way as other jurisdictions; we’re not dependent on the flow of the Colorado River or the amount of snow in Northern California. Yet, the county has its own pressing issues, highlighted by two local water district elections on Tuesday’s ballot. And, in a moment where local city council elections are increasingly drawing no challengers, both elections are competitive.

The Soquel Creek Water District is in the midst of a defining project that could reinforce the district’s water supply for years to come. Pure Water Soquel will divert wastewater from the system, recycle and filter it, and put it back in the system as clean drinking water. Bruce Jaffe, one of the incumbent directors up for re-election, estimates Pure Water Soquel will be in operation within the next two years. The project is expected to cost $145 million, $93 million of which is funded through grants.

Soquel Creek Water District gets all of its water from two underground freshwater reservoirs called aquifers. Drought, combined with historic overdrafting of those aquifers, has created a situation where the aquifers have begun to replenish themselves with saltwater from the ocean instead of rain. Saltwater intrusion into a single well can shut that well down; too much saltwater in an aquifer can disable the water source and create a crisis for those who rely on it.

The saltwater intrusion isn’t yet forcing the aquifers into as tenuous a scenario as the one facing communities with a dominant agricultural presence. However, the state still labeled the aquifers as “critically over drafted” as more water is being pumped out than is being naturally replenished through rainfall.

Incumbents Jaffe, Lather and Christensen favor the project and want to see it completed. However, the cost of the project and its yuck factor — despite the proven technology and its use around the state and globe, recycled sewage flowing through sink taps isn’t necessarily an easy sell — has drawn hesitation from some in the community, including challengers Kirby and Kates.

Kirby, an Aptos resident, wants to see the board be open to other solutions, such as a rain capture, new reservoirs or, at least, a commitment to only use recycled water for irrigation. She criticized the directors for not considering other avenues before signing off on an expensive project that she says, at first blush, feels unsanitary. Kates did not respond to Lookout’s request for comment.

Further up the Santa Cruz mountains, the San Lorenzo Valley Water District is in the midst of its own competitive board of directors election while still picking up the pieces from the 2020 CZU fire.

Three out of the four candidates in that race listed the same top priority—replacing five miles of surface intake pipes that burned during the destructive wildfire. The pipes drew in surface water from creeks above Boulder Creek. According to incumbent candidate, Jeff Hill, before the CZU fire, the surface water from the San Lorenzo River watershed provided 62% of the district’s water, a “vast majority coming from the pipes that burned.”

Despite being an incumbent, the race is Hill’s first brush with electoral politics, as he seeks election to the seat he was appointed to earlier this spring. Hill is running alongside other incumbents Mark Smolley, a 2020 appointee, and Bob Fultz, who was elected to the board in 2018. Alina Layng, a member of the board’s environmental and engineering committee, is the incumbents’ lone challenger.

Laing, an environmental scientist, says the board needs a sharper environmental perspective instead of a purely business-minded one. Fultz is the lone incumbent who still works a full time job; he is the CEO of a communication accessibility company and sees the issues facing the district through a dollars and sense lens. Hill, who has a tech business background, and Smolley, a former manager of large scale construction projects, are both retired.

Since the fire, the district has heavily relied on groundwater from an already over-drafted aquifer. The replacement of the pipes is urgent, but is estimated to cost more than $65 million, an exorbitant cost for a district that manages only 8,000 connections in communities along Hwy 9 between Felton and the San Mateo County line.

Beyond cost, the pipe replacement poses other major questions. What material should they be? The previous pipes were a certain type of plastic that easily burned but was flexible and easier to lay. The district board has also tossed around iron as an alternative. Although it wouldn’t disintegrate in a fire, iron is more costly and difficult to lay in the steep, wooded terrain of the Santa Cruz mountains. The board also must decide whether to bury the pipes underground — it would offer further protection against another wildfire but would add another $3 to $5 million to the cost.

The district is also brushing up against a potential water rights battle with the city of Santa Cruz.

The district’s water infrastructure already has this capability and is allowed to activate it during emergencies. (It has been using it since 2020 to send groundwater from one part of the district to the areas that relied on those burned up pipes.) However, state law doesn’t allow it as a regular practice. The district sees this as critical to a drought-resilient system and has begun applying for permits. The city of Santa Cruz has pushed back against these efforts.

“We battle with the city often,” Smolley, an incumbent who was appointed in 2020, said. “It’s often about how we use our water and how they want us to change the way we’re using our water.”

Smolley said he expects some significant battles with Santa Cruz over water rights in the coming years.