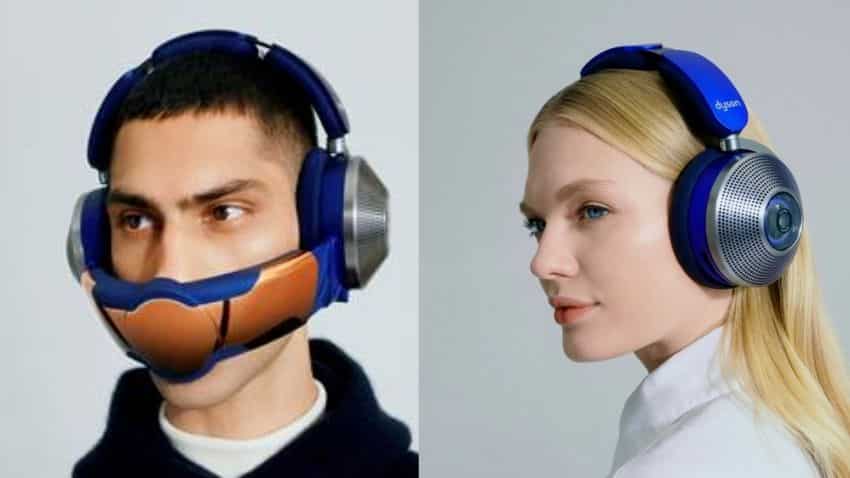 Dyson Zone: The Singaporean based multinational technology company Dyson on Thursday announced the launch of its Dyson Zone noise-cancelling headphones with air purification. The headphones also come with a lot of other features including, detachable air purifier, 50-hour battery life and full-spectrum audio support.

According to the company, the Dyson Zone noise cancelling headphones will be available in 2023 in select markets and the price of the device is yet to be announced. The company has said that the headphones will go on sale in China next month, while the US, UK, Hon Kong SAR and Singapore can buy this product in March 2023.

The Dyson Zone headphones provide a pure, immersive listening experience and on-the-go air purification, deliver up to 50 hours of ultra-low distortion1, advanced noise cancellation and faithful, full-spectrum audio reproduction. The Dyson Zone also captures 99 per cent of particle pollution as small as 0.1 microns, whilst K-Carbon, potassium-enriched carbon filters target prevalent acidic gases most associated with city pollution, including NO2 and SO2.

The new Dyson headphones’ main highlight is a detachable visor for the wearer’s nose and mouth that doubles as an air purifier. This mechanism uses power from the headphones itself, which charges via USB Type-C and comes with a large battery. The company claims the headphones can reduce ambient sounds of up to 38dB, which the in-built microphones monitor 3,84,000 times every second.

With full-spectrum audio support, the Dyson headphones are also claimed to reproduce frequencies between 6Hz-21kHz, which is the complete audible sound spectrum for humans. Dyson also has a ultra-low distortion levels on the headphones along with EQ options, a comfortable design and clear voice for calls.

Dyson Zone incorporates an additional microphone for telephony, allowing phone calls, voice recording and voice control. The telephony microphone combines with the feed forward ANC microphone to provide dual microphone beamforming. Beamforming creates greater clarity of voice transmission by combining the signals from each microphone in a way that allows the system to reject noise from behind and to the sides of the wearer.