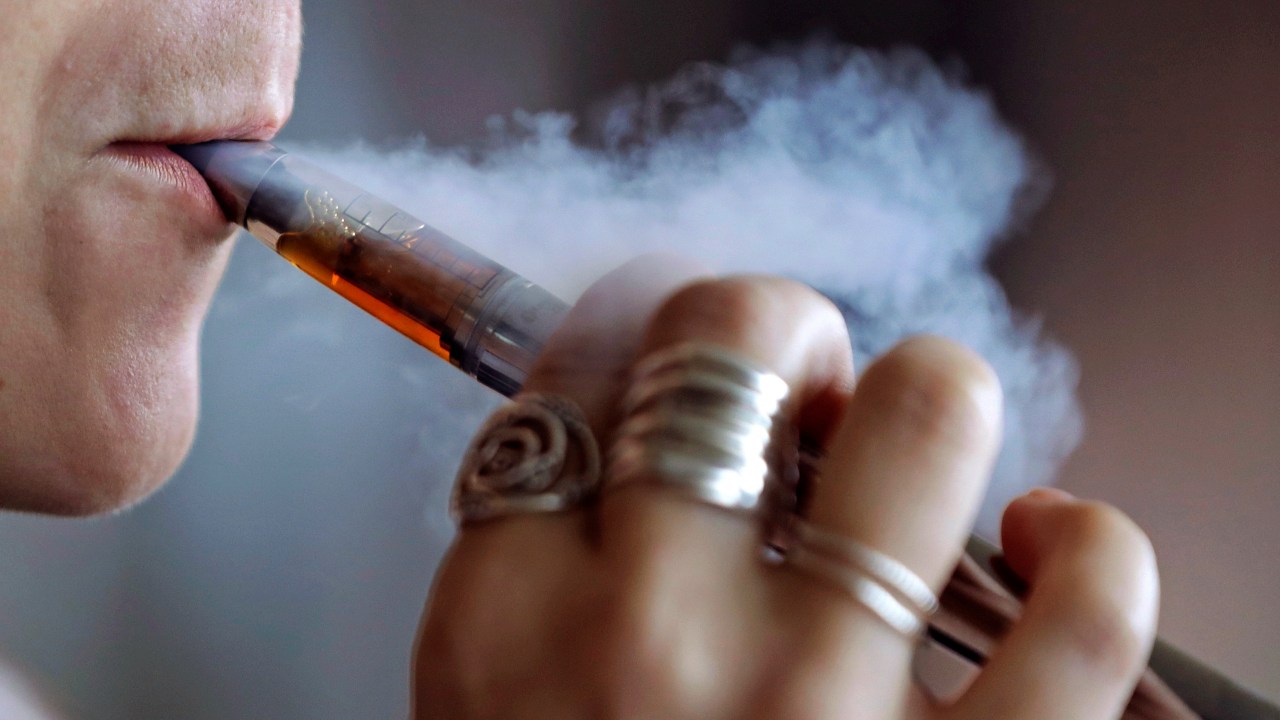 SAN FRANCISCO (KRON) — A new study from University of California San Francisco researchers found evidence that e-cigarettes and marijuana have harmful effects on the heart that are similar to negative effects from traditional tobacco cigarettes.

Nicotine vapes and cannabis products have become popular in recent years because the public perceives them as being less harmful than smoking, researchers explained. But the new findings shed light on health risks from these seemingly “safer” substances.

Health effects from vaping, marijuana joints, and cigarettes all open the door to abnormal heart rhythms, according to a new study published Tuesday in the journal Heart Rhythm.

“We found that cigarettes, e-cigarettes, and marijuana greatly interfere with the electrical activity, structure, and neural regulation of the heart,” lead author Dr. Huiliang Qiu, a postdoctoral scholar in the UCSF Division of Cardiology, said in a press release. “Often, any single change can lead to arrhythmia disease. Unfortunately, these adverse effects on the heart are quite comprehensive.”

To work well, researchers explained that the heart must pump blood efficiently and with the correct timing. This vital organ is equipped with its own electrical control system thanks to our nerves. If any part of the heart doesn’t handle those electrical signals properly, it can cause other regions of the organ to act asynchronously, meaning they will fight against each other rather than functioning as a single efficient pump.

This can lead to arrhythmias that can be life-threatening, according to researchers.

The Centers for Disease Control and Prevention already note that marijuana can cause the heart to beat faster and blood pressure to rise. It can also lead to an increased risk of stroke, heart disease, or other vascular diseases.

The purpose of UCSF’s study was to investigate whether the use of novel tobacco products or marijuana can cause the development of proarrhythmic substrate and eventually lead to arrhythmias.

The study writes of its methodology, “Rats were exposed to smoke from tobacco; marijuana or cannabinoid-depleted marijuana; to aerosol from electronic cigarettes or heated tobacco products; or to clean air once per day for 8 weeks. The rats exposed to tobacco or marijuana products exhibited progressively increased systolic blood pressure, decreased cardiac systolic function with chamber dilation, and reduced overall heart rate variability, relative to the clean air negative control group.”

“It’s notable that all of these tobacco and marijuana products had such similar effects. And what’s really striking is that this was caused by a single realistic smoking/vaping session per day,” said senior author Matthew Springer, PhD, a UCSF professor of cardiology.

“The bottom line is that e-cigarettes, IQOS, and marijuana cigarettes still involve many of the potential harmful effects of smoking tobacco,” Springer said, “None of these products should be assumed to be a harmless replacement for smoking.”

He added that while these results are consistent with previous research regarding heart rhythm disturbances in users of marijuana and e-cigarettes, there are limitations to the results. Springer points to the rats used for this study, calling them “a good model” but noting “one can’t draw firm conclusions about the effects on humans from rat studies alone.”

The study was funded by the California Tobacco-Related Disease Research Program, the American Heart Association, the FDA Center for Tobacco Products, the National Institutes of Heart, and other partners.

A similar study published Tuesday found people who smoke marijuana were more likely to have specific types of lung damage than those who smoked cigarettes, ABC News reports.