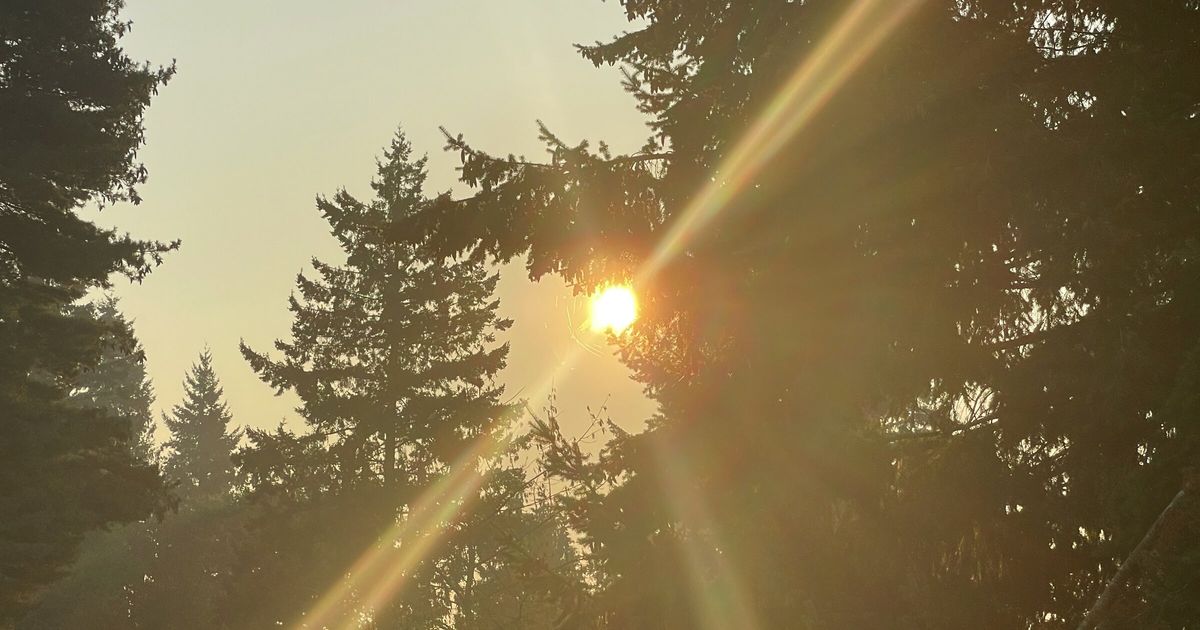 Seattle is likely to see hazy skies through the weekend as easterly winds push wildfire smoke from the Bolt Creek fire toward the city.

But air quality should remain good or moderate throughout most of the region, according to the Puget Sound Clean Air Agency.

Closer to Highway 2, air quality could reach unhealthy levels for sensitive groups, the agency said. People who may be sensitive to the smoke include those with heart and lung disease, older people and children.

Weekend update: Overall, air quality will be GOOD to MODERATE as smoke from the Bolt Creek fire re-enters our region. There is a possibility of air quality spikes reaching UNHEALTHY FOR SENSITIVE GROUPS in areas closer to US Route 2. The smoke may linger since winds will be calm. pic.twitter.com/flQOz1crom

Wind patterns will continue “throughout the weekend and early next week, so we’ll probably see similar conditions for the next few days,” said Mary Butwin, a meteorologist with the National Weather Service in Seattle. Air quality is typically worse overnight as winds calm, then improves throughout the day, Butwin said.

The Bolt Creek fire started Sept. 10 just north of Skykomish. The fire is now a little more than 12,000 acres, according to the Department of Natural Resources.

As of 8 a.m. Saturday, all evacuation guidance for the areas around the fire has been lifted.

“Residents in the area should remain vigilant,” said the Snohomish County Department of Emergency Management. “Conditions could change quickly, and evacuations may again become necessary.”

Highway 2 reopened this week with a reduced speed limit. The Washington State Patrol says it will “strictly” enforce that limit as crews continue to work in the area.

Beckler Road remains closed. Roads, trails and campgrounds in the area are still closed and a burn ban is in effect until “significant rain” falls, according to DNR.

The department says crews are working to contain the fire and make sure it stays north of Highway 2. However, little rain is expected and a “season ending event is not likely until later in the month of October.”