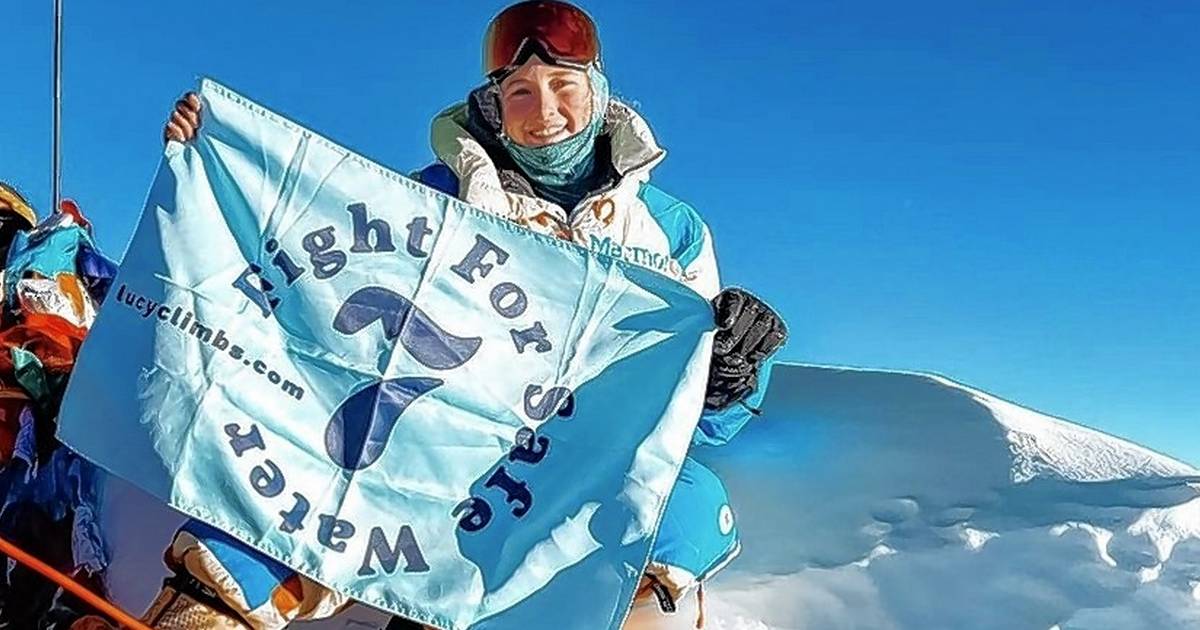 She may not be 5 miles in the air atop a mountain, but Lucy Westlake continues to inspire.

The 18-year-old from Naperville, who earlier this year became the youngest American woman to summit Mount Everest, is being honored for something that remains as close to her heart as reaching the highest peaks on the planet.

Westlake has been named a winner of the 2022 Gloria Barron Prize for Young Heroes in recognition of her ongoing work raising awareness and money for safe water causes around the world. The recent Naperville North High School graduate is among 25 national award winners.

“I want to inspire a generation of young people to use their gifts and passions to make the world a better place,” Westlake said in a statement. “If not me, then who? If not now, then when?”

Westlake’s concern for safe water began five years ago through a Ugandan pen pal who wrote to her about a 2-mile-daily walk to fetch contaminated water. Westlake soon became involved with WaterStep, a nonprofit group that helps install sustainable chlorinators.

Westlake has visited Uganda twice to see her friend and help install chlorinators that supply more than 3,000 people with safe drinking water. Through groups she’s organized and fundraising efforts from her LucyClimbs initiative, Westlake has raised more than $30,000 for the cause.

Westlake gained prominence in the last several years as she climbed the highest point in all 50 states and began her quest to become the youngest person to complete the Explorers Grand Slam. That’s a challenge to reach the North and South poles and climb the highest mountains in each of the seven continents, known as the Seven Summits.

She still needs to climb Carstensz Pyramid near Australia and Mount Vinson in Antarctica, in addition to reaching both poles, to top a Japanese woman who was 20 when she finished the challenge in 2017.

After summiting Mount Everest in May, Westlake received a Billie Jean King Youth Leadership Award in July at the ESPYS ceremony. Westlake is a freshman at the University of Southern California, where she’s been consistently the top runner on the school’s cross country team.

The Barron Prize was founded in 2001 by author T.A. Barron and was named for his mother. The prize honors young people who demonstrate heroic qualities to help their communities or strive to protect the planet.

Fifteen of this year’s award winners will receive $10,000 to support their service work or higher education.

“Nothing is more inspiring than stories about heroic people who have truly made a difference to the world,” T.A. Barron said in a statement. “And we need our heroes today more than ever. Not celebrities, but heroes — people whose character can inspire us all.”