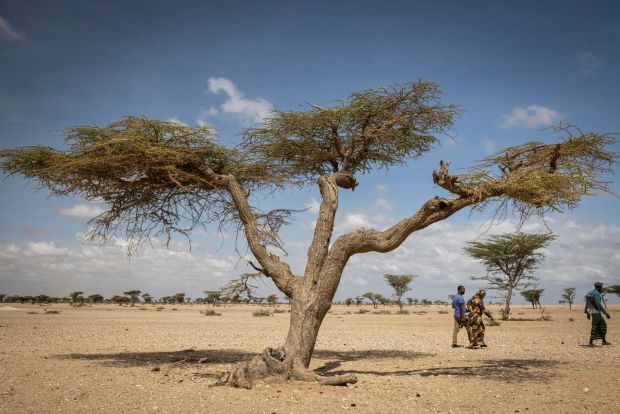 A devastating drought in Kenya has led to mass livestock deaths and widespread water scarcity, according to the Irish humanitarian organisation Concern Worldwide.

Many areas have seen little or no rainfall since 2020 and 80-90 per cent of reservoirs and dams have dried up in Kenya’s largest county, Turkana, in the northwest.

A drought emergency was declared in the east African state in September 2021. This drought will become its worst since the early 1980s if it suffers its fourth consecutive poor rainy season this spring – the drought extends to many parts throughout the Horn of Africa; most notably Somalia.

Current forecasts by the climate centre run by the Intergovernmental Authority on Development, which covers the Horn of Africa, predicts a 90 per cent chance of La Niña in March to May 2022; meaning a 90 per cent chance the season will be “depressed”. If this materialises it will be the fourth consecutive depressed or failed rainfall season – and this drought will be the worst since the 1981.

Much of northern Kenya’s arid and semi-arid lands region received well below expected rainfall levels – 26-50 per cent lower – during the October to December rainy season. Rainfall during this season was less than 60 per cent of the 40-year average across much of northern and eastern Kenya.

It is estimated that up to 4 million people will be in need of humanitarian food aid in Kenya in the first three months of 2022.

“This is an extremely serious and worrying crisis,” said Concern’s Kenya country director Arshad Muhammad, “We are suffering the consequences of changed weather patterns caused, most believe, by climate change.”

He added: “Food and water prices are soaring to unaffordable levels for the majority of people – many of whom are finding it increasingly difficult to find enough clean drinking water for their families.”

This drought will become its worst since the early 1980s if it suffers its fourth consecutive poor rainy season this spring. Photograph: Ed Ram/Concern Worldwide

Many herders are trekking up to 30km, which can take six days, just to find a water source, he confirmed. About 80-90 per cent of water pans and dams have dried up in Turkana and pastoral zones of Marsabit. The equivalent figure in the coastal areas of Kajiado and Narok is 50 per cent.

Concern, which has been in Kenya since 2002, is part of a major response with the Kenyan government, which includes providing more water sources by repairing broken boreholes and shallow wells – and treating people showing signs of malnutrition.

“We are providing increased access to health and nutrition services for communities without access to healthcare centres and facilitating community health volunteers to undertake household visits to screen children for acute malnutrition,” a Concern spokesman said.

Supports include providing cash payments to vulnerable households as well as treating and vaccinating livestock.

More than 75,000 weak livestock are also being bought and slaughtered by the Kenyan government with the meat being shared with more than 766,000 households. 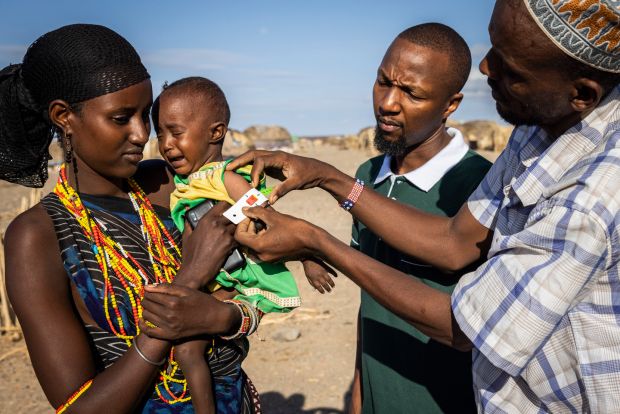 “Vulnerable families are at risk of starvation and the most affected are children aged under five, the elderly and breastfeeding mothers,” said Arshad. “It’s very worrying when even camels, known for their ability to survive in extremely hot and dry conditions, are struggling to survive.”

Donkeys used to transport water for human consumption are emaciated and there are no other means for many people to travel except on foot. “People are spending most of their days walking in search of water in temperatures which can reach over 30 degrees during the day,” he said.

When Kenya last experienced four consecutive failed rainfall seasons in the early 1980s the country encountered extreme food and hunger problems as a consequence. On this occasion, there are also major concerns about an increase in conflicts between herders competing for water sources and pasture.

Somalia’s escalating drought is creating a massive displacement crisis as 245,000 people have already fled their homes, with numbers projected to reach up to 1.4 million as the drought worsens.

“Somalia’s drought is dangerously escalating following three failed rainy seasons and some of the lowest rainfall in 40 years,” said Mohamed Abdi, country director for the Norwegian Refugee Council in Somalia. “Without urgent preventative action to alleviate the crisis, lives will be lost.”