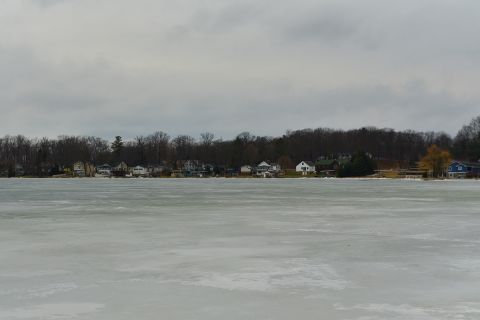 “Adequately operated and maintained decentralized systems are an option for rural areas across the country. There is rationale to move to a centralized system for sites that are typically around lakes. Typically, small sites don’t have a lot of options to expand,” he explained.

In a previous report, one of the state’s leading water experts said even a new septic system is not without problems. Unlike a sewer system, septic systems do not disinfect. Bacteria and viruses can escape into the environment.

“Anytime anybody gets sick, these organisms are going into our septic tanks. These are small enough to get through the soil in many cases, so they can reach groundwater. They could also reach surface water,” said Michigan State University microbiologist Joan Rose.

Another problem that those who are building new homes or home additions sometimes find is that they don’t have enough land for a septic system big enough for their larger home. They have to buy land somewhere nearby and build the drain field there. That means pumping wastewater to the site. Land near lake property is expensive.

Ladouceur works with local health departments to determine whether a septic system is causing a problem. Most of Michigan doesn’t have a “point of sale inspection” requirement. That results in a really inefficient enforcement program.

“It’s underground infrastructure, so people do not see it, so unless there’s sewage backing up into their basement or sewage pooling in their yard, they don’t know if their septic system is failing. They might even have a septic system that’s hooked to a field tile or to a storm sewer and not even be fully aware of that,” said Molly Rippke, an aquatic biologist with EGLE.

“We don’t have a statewide sanitary code”, she explained. “That’s something that the Legislature would have to address, so we can only do what we have the authority to do.”

Meanwhile, many lake communities are beginning to notice changes.

“We get a lot of complaints from homeowners about what usually starts as an algae or a nuisance plant complaint because again, that’s what you can see. You can’t see the E. coli or the bacteria that are the pathogens that might cause disease,” Rippke said.