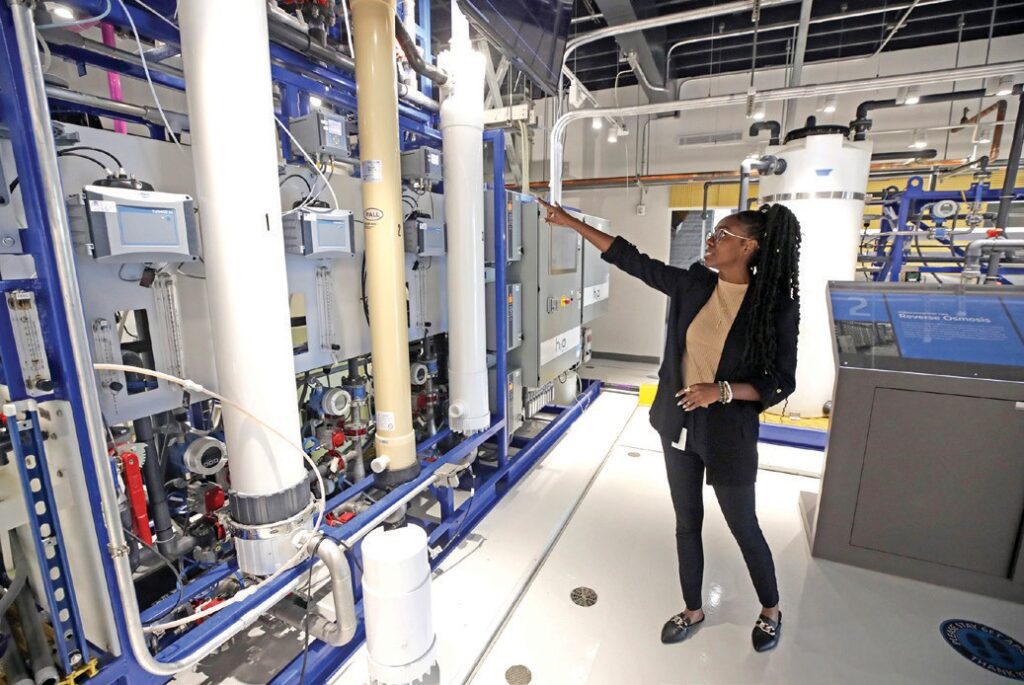 The Las Virgenes-Triunfo Joint Powers Authority announced it received a $10.2-million grant from the United States Bureau of Reclamation for its proposed wastewater-to-drinking water conversion plant in Agoura Hills.

The $200-million plant on Agoura Road near the border with Westlake Village will provide up to 6 million gallons a day of drinking water for the 175-square-mile joint water district.

The facility will cleanse wastewater from the Las Virgenes Tapia sewer plant near Calabasas by using an advanced treatment process that includes microfiltration, reverse osmosis and ultraviolet light with advanced oxidation.

The new pure water plant will become the first potable reuse project in the greater Los Angeles area and will allow the Las Virgenes-Triunfo agency to source up to 15% of the region’s water supply locally—a move that takes on critical importance as the record drought continues and the product imported from the north diminishes.

Currently, the area’s 100,000 customers must rely on piped import from the State Water Project in the north, a supply that has been reduced drastically because of the drought. Customers are only allowed to water their landscape one day a week due to cutbacks.

Final plant design is expected to begin in 2023 with construction to start in 2025. The facility could be online by 2030, officials said.

“We’re excited to receive this grant for a critical project that will improve water supply reliability throughout the region,” Las Virgenes general manager David Pedersen said.

‘The Pure Water Project Las Virgenes-Triunfo is an important investment for a sustainable future, and this funding is key to making it happen,” Pedersen said.

The U.S. Bureau of Reclamation announced the allocation of $310 million in funding for 25 projects across the West. The federal Bipartisan Infrastructure Law allocates a total of $8.3 billion for bureau water infrastructure projects, including $1 billion in recycling and reuse grants. The Las Virgenes-Triunfo project taps into this offering.

The demonstration plant serves as an immersive education center for the public to learn about the advanced treatment process that will be used in the full-sized plant later in the decade. The facility also gives district operators a chance to become familiar with the new water purification technology that allows sewer water to safely become drinking water.

“Funding opportunities like this grant are key to making this project happen,” joint powers authority board chair Jay Lewitt said.

“We will continue to pursue grant opportunities at the state and federal levels, as well as low interest loans to minimize the financial impact on our ratepayers,” Lewitt said.

Water district rate increases over the next decade will also help pay for the project.