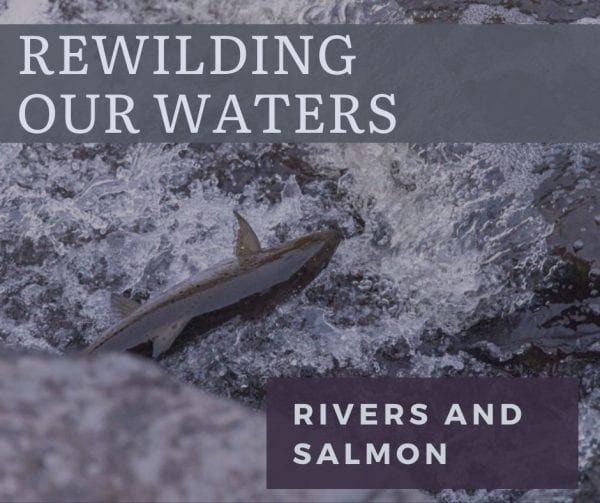 Anglers would like to see Imperial Mills Dam removed so salmon could spawn upriver of the structure. Photo by Benjamin Chambers

A fish ladder to help salmon journey up a controversial dam in Plattsburgh and farther along the Saranac River will soon be underway, the state Department of Environmental Conservation announced last week.

The $12 million rehabilitation of the Imperial Mills Dam and a new salmon ladder will have no negative environmental impact, the department said. The fish ladder was proposed more than two decades ago under former Gov. George Pataki’s Clean Air/Clean Water Bond Act of 1996. The department said about $1.5 million of the 1996 bond act will fund the work. The rest of the project is paid under New York Works.

BECOME AN EXPLORER: Your support helps power nonprofit journalism for the Adirondacks

The Clinton County dam, a few miles upstream of Lake Champlain, has been a frustration for anglers. The high-hazard dam is jointly owned by a California-based development company called Main Mill Street Investments, and the DEC. Bill Wellman, of the Lake Champlain Chapter of Trout Unlimited, said his organization wants to see the dam removed. He is also opposed to the state funding upgrades to a dam partly owned by a private company.

The state has told the Adirondack Explorer that it would cost five times more to remove the dam than fix it.

It is not clear when the work will start, but the DEC will build a concrete, vertical-slot fish ladder with a lamprey barrier and new smelt tanks for salmon rearing and stocking, according to the environmental notice. The dam itself will be worked on to meet safety standards including new rock anchors through the spillway. The DEC also said the dam’s embankment on DEC property will be lowered about a “foot to allow storm flows greater than the design flood to pass back to the river instead of flowing across” the industrial park adjacent.

Paddlers will also benefit from the project with upgrades to the portage area around the dam. The area is part of the Northern Forest Canoe Trail, a 740-mile route from Old Forge to Fort Kent in Maine.

A series of stories about the effect dams have had on two of the parks’ important rivers, the Boquet and the Saranac.
As beautiful as these rivers are and as wild as they seem, dams have changed them, blocking the natural movement of fish for decades and, in fact, centuries.