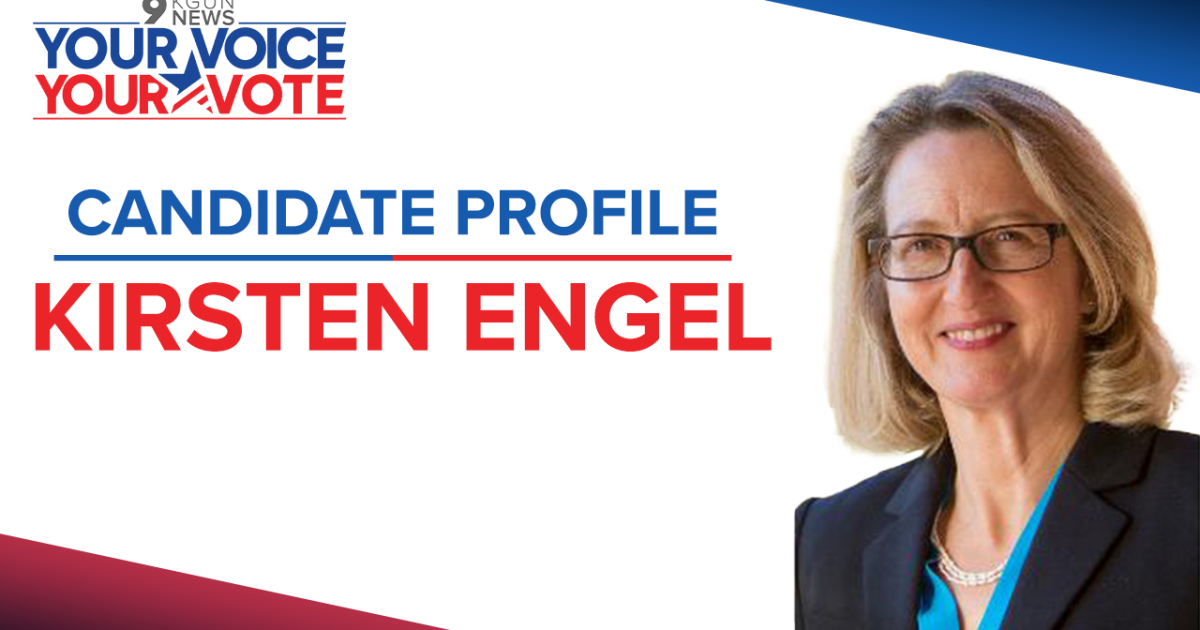 Kirsten Engel is the Democratic candidate running against Republican Juan Ciscomani for Arizona’s U.S. Congressional District 6. We met Engel at her home in Tucson to discuss her race for Congress.

Engel was born and raised in Chicago. She got her Bachelor’s in English at Brown University, and her law degree from Northwestern. She then started her career working for the U.S. Environmental Protection Agency.

“Passionate about making sure clean air and water is available to everyone,” Engel said.

This work eventually brought her to Tucson in 2005 to teach environmental law at the University of Arizona.

“I’ve been teaching a course on the legislative process so students understand how our government works.”

After a few years in Tucson, Engel says she was frustrated with the lack of funding for her daughter’s public school.

“I was really discouraged when we were having trouble pulling together the money for field trips for the kids.”

And so, Engel ran for state legislature in 2016 to have a say in the budget process. She was first elected to the Arizona House of Representatives, then the Arizona Senate.

She recently stepped down as a State Senator to run for U.S. Congress. Engel says her daughter, now age 17, has inspired many of her decisions as a public official. This is why she’s in one of Engel’s campaign ads for reproductive rights.

“We didn’t need to throw Roe out in terms of abortion rights.”

“This is health care and it’s something I want to go to Congress to fight to restore those reproductive rights.”

Engel dedicated most of her career to environmental policy, and expects to continue that work in Congress.

“More needs to be done,” Engel said. “We need the engagement of the Biden administration, I’ve been critical of them, in not pulling in California and making sure the other states are also doing its part in reducing water use.”

“We can address climate change and it’s an economic benefit to Arizona. With so many sunny days, we can be a place where solar energy thrives.”

“We have to prevent the republicans from weakening it. They have all kinds of ideas of requiring it to be re-enacted, essentially increasing the age at which people receive their benefits. So making sure we protect the current benefits is important.”

Engel does not list border security as her top priority, but she says there’s a humanitarian crisis at the U.S.-Mexico border. She wants to strengthen ports of entry with technology and more manpower. She also supports immigration reform to create an organized asylum process.

“Think about the Dreamers. Young people who have lived their entire lives in the United States. They want to start families, start businesses, put down roots, and contribute. They’ve been paying their taxes, and yet they’re still in legal limbo. We need to ensure they have a pathway to citizenship.”