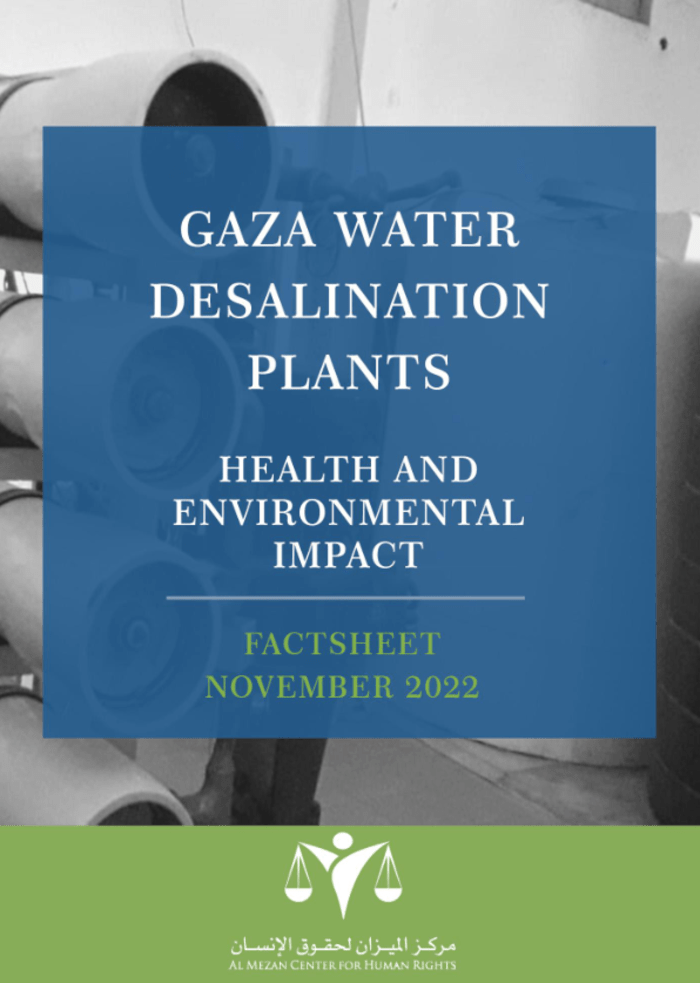 This factsheet discusses in detail the conditions of private water desalination plants in the Gaza Strip and their impact on human rights, including the rights to health, water and sanitation, and a healthy environment. Although the entire occupied Palestinian territory (OPT) faces a perennial water shortage issue due to over five decades of Israel’s unlawful occupation, this factsheet focuses on the occupied Gaza Strip—where the realization of the right to water faces some uniquely serious challenges, with its more than two million residents lacking access to safe drinking water. Accordingly, the factsheet analyzes the conditions and impact of private water desalination plants within the broader context of the Gaza Strip’s water and sanitation crisis, amid Israel’s 15-year closure and blockade.