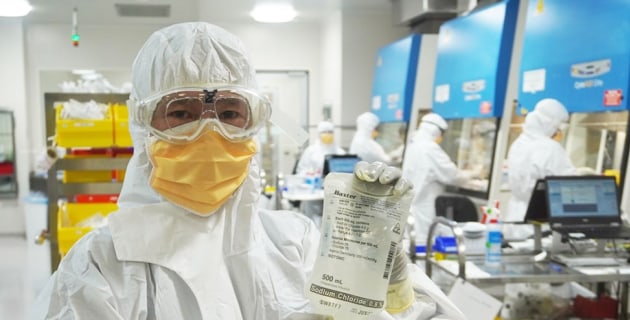 Public health experts worldwide are calling for better Indoor Air Quality (IA) claiming it should be made a public health priority.

The call to action began when the UK’s chief medical officer, Professor Chris Whitty, said decades of progress in curbing external air pollution must be matched with a similar push to tackle airborne contaminants in indoor environments.

He said it was crucial to ensure that indoor air quality was now made a public health priority alongside a need to go even further with efforts to also reduce external pollution sources.

Professor Whitty said it was technically possible to reduce exposure to air pollution in a range of environments.

Whitty said the negative impacts of poor indoor air quality also needed to be better understood and considered in policy and health initiatives.

This consideration needed to include an improved focus on how the design of buildings and ventilation systems can tackle poor IAQ.

He said the need to improve indoor air quality created a “major engineering challenge” that required the specification and operation of effective ventilation that could also minimise energy use and heat loss.

“This is a priority for reducing indoor air pollution while achieving net zero carbon,” Whitty said.

He called for increased research into the most effective ways to reduce air pollution. “This should include researching methods for reducing contaminants formed both inside or outside a building or environment,” Whitty said.

“There has been far less research and investment in IAQ in comparison to outdoor pollution.  Air pollution has improved and will continue improving provided we are active in tackling it. We can and should go further – and it is technically possible to do so.”

He noted that the definition of indoor air pollution can be split into two notable varieties. This included the ingress of pollutants into the indoor environment and contaminants that are emitted in a building itself.

“Inequality in indoor exposure to pollutants is linked to the quality of housing (new build or retrofitted) as well as location – whether the housing is located near busy or congested roads, or industrial sites,” he said.

“These indoor pollutants can also be impacted by higher occupancy levels in a building, along with a lack of adequate ventilation.”

Adequate ventilation can be defined both in terms of the use of mechanical solutions, as well as passive measures such as opening windows or doors.

“Both of these measures can conversely increase heat loss and also allow outdoor pollutants into a building without additional design consideration,” Whitty said.

Other important considerations that determine IAQ levels of a building were measures needed to improve energy efficiency.

“These can include the increased use of insulation and other methods to make properties more airtight,” Whitty said.

“This can increase indoor pollution concentrations from indoor sources if there is not also adequate ventilation for indoor pollutants to leave the building.”

Professor Whitty said there was a range of disparities in exposure risks to both indoor and external air pollution.

These disparities included evidence of a significant increase in concentration of contaminants such as PM2.5, NO2 and VOCs in low income housing following retrofit work that has increased air tightness in buildings.

“In homes that are not owner-occupied, residents may have less agency to improve indoor air quality, for example, through interventions to reduce damp and mould. There is evidence that children growing up in homes with mould are between 1.5 and three times more prone to coughing and wheezing,” he said.”

The Building Engineering Services Association (BESA) came out in support of the call to action.

BESA chief executive David Frise praised Professor Whitty for taking on board several of the lessons learned about the role of building ventilation during the pandemic.

World Health Organisation (WHO) child health advocate Rosamund Adoo Kissi-Debrah said that people would continue to die unless governments and the ventilation industry worked together to improve IAQ.

The WHO has established that 3.8 million premature deaths worldwide are linked to poor indoor air every year out of a total of 8.7 million from general air pollution.