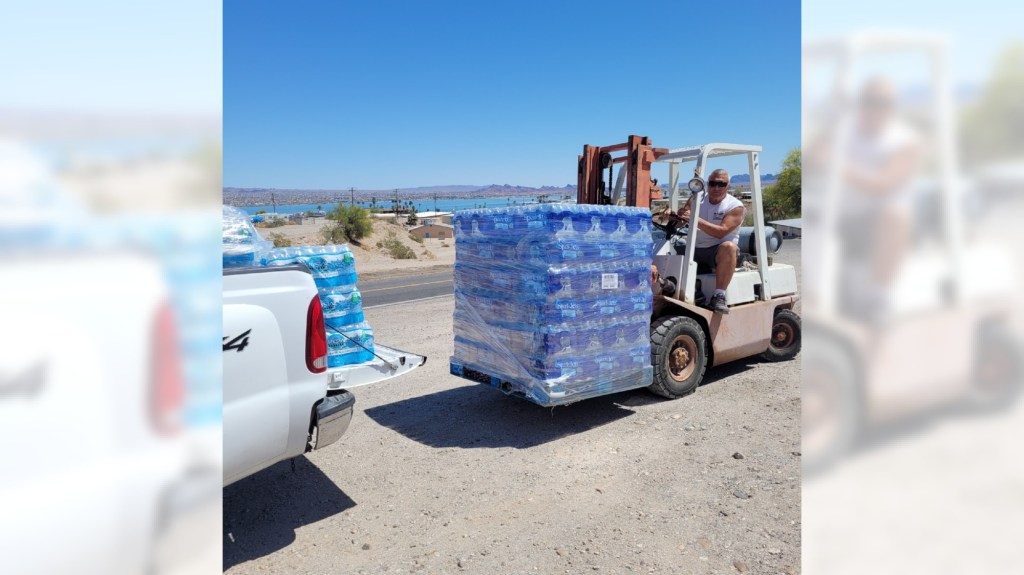 State regulators have fined a Havasu Lake water company that has failed to provide potable water to its customers for more than a month and been accused of allowing its equipment to fall into a state of disrepair.

The Havasu Water Co.’s system has fallen into a state of disrepair over the years, state inspectors found. (Photo courtesy of Gary Chamberlain)

The state also plans to bill the water company in August for the time it has spent on the enforcement actions, according to the latest compliance order.

Havasu Water Co. has 224 connections serving a population of 361 in Havasu Lake along the Colorado River.

The water company has failed to meet directives from a March 29 compliance order to provide evidence that it has a certified water treatment operator and a distribution system operator on staff.

On April 29, the water company provided the state water board logbooks showing that its on-site operations manager was not a certified distribution or treatment operator, according to the compliance order.

“The company made no mention of the employee … to the Division (of Drinking Water) until the logbooks were submitted,” according to the compliance order.

Despite the state breathing down its neck and imposing strict deadlines, the Havasu Water Co. still has failed to address multiple directives. “The company is not complying with primary standards and treatment requirements,” according to the compliance order.

Additionally, the company has failed to provide a corrective action plan to the state that was due April 29 and has been relying on the San Bernardino County Office of Emergency Services to provide bottled water to its customers. A boil water notice remains in place for customers.

“The company must provide an alternative water supply to all customers independently of the bottled water provided by San Bernardino County Office of Emergency Services if the Company is still on a boil water notice by May 10, 2022,” according to the latest compliance order.

On March 21, Havasu Water Co.’s water supply was cut off when its pump failed after a Southern California Edison power outage. The company did not have operable backup generators to keep its decrepit pump working, as state law requires.

It took nine days before the water supply was restored, but only for showers and toilet flushing. The water remains unfit for human consumption unless first boiled.

Residents claim the company has neglected its water plant equipment for decades, allowing it to fall into a state of disrepair.

In an email to a state water board engineer, former plant operator Theodora “Teddye” Goodgame said, “The condition of the plant just keeps getting worse and worse,” and in spite of rate increases, the company had not “not put one penny” into its dilapidated pressure tank.

Court records show that Havasu Water CEO Jennifer Hodges, who has not responded to repeated requests for comment, has been mired in personal Chapter 11 and Chapter 7 bankruptcy proceedings since July 2021.

Patrick Webb, an attorney representing the Havasu Water Co., did not respond to  requests for comment on Monday.