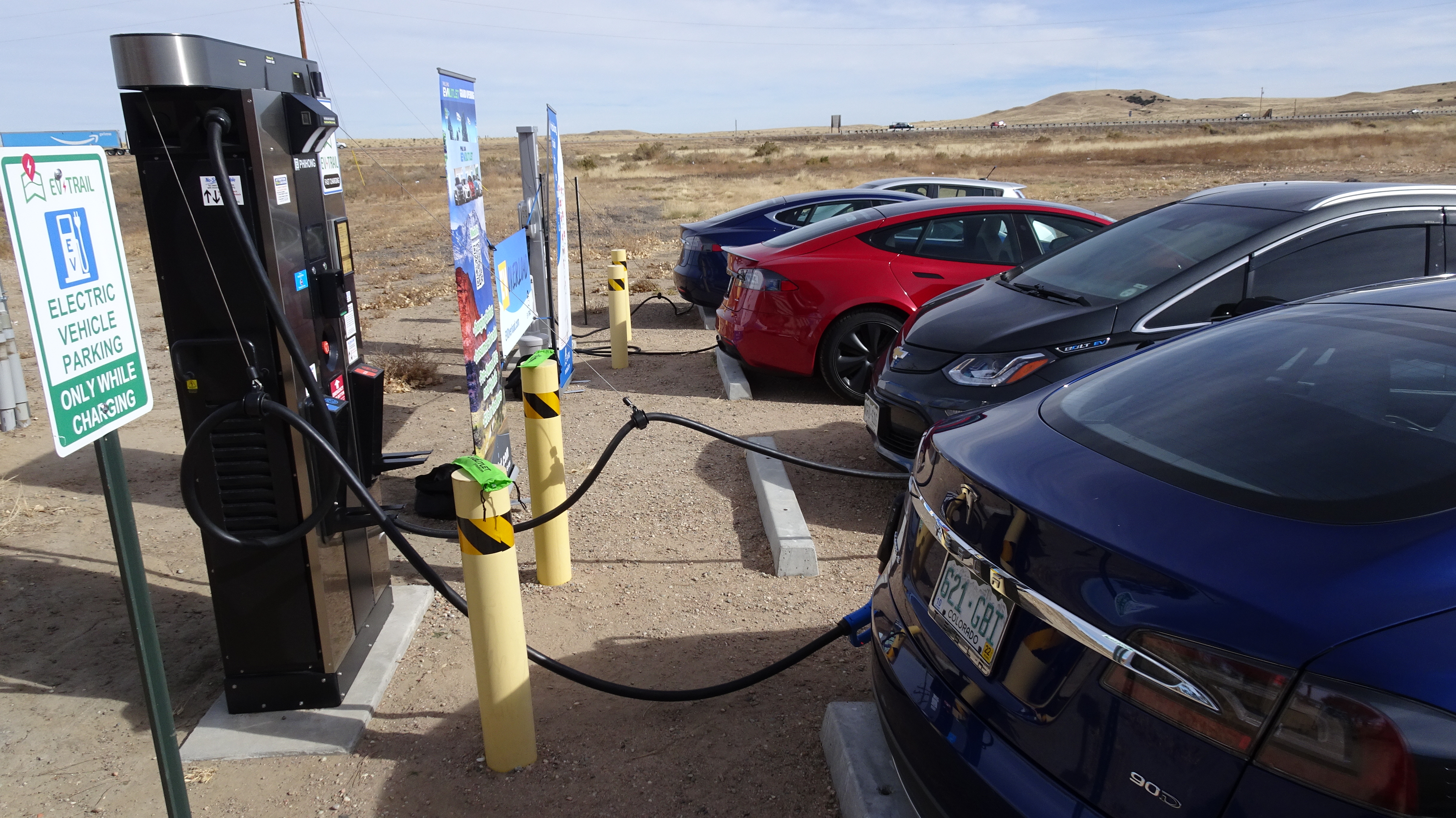 The Polis administration’s budget add-ons for 2023-24 pitches more than doubling the state tax credit for new EV purchases to $5,000 from $2,000 to help keep Colorado on track for the goal of nearly a million EVs on the road by 2030. If layered with new $7,500 federal EV tax credits on a qualified vehicle through the Inflation Reduction Act, Coloradans could cut the retail price of lower-end EVs almost in half.

The state proposal also includes $500 rebates for buying an e-bike, and $1,000 for low-income buyers. There are other incentives in the package for buying electric lawnmowers and leaf blowers with a 30% credit of the retail price, aimed at replacing gas-powered models that are surprisingly high contributors to dangerous Front Range ozone.

Denver, meanwhile, rebooted an e-bike voucher program overwhelmed by public demand in 2022. The city’s Office of Climate Action, Sustainability and Resiliency slightly lowered the amount of the vouchers to stretch the budget, and set aside 600 more vouchers to be distributed through nonprofits to those without internet connections or facing other barriers to landing the online-issued discounts.

Incentives for consumers are coming so fast that it’s time for Coloradans who worry  about climate change and ozone to take advantage, said Travis Madsen, an energy analyst with the nonprofit Southwest Energy Efficiency Project.

“We’ve asked elected leaders for action on clean air and climate change, and ways for consumers to save money and build a stronger economy, and they listened,” Madsen said. “This is going to be the year for Coloradans to answer the question of what they can do to contribute. The government’s really put a lot of money behind the goals to fight climate change.”

The new programs should help “supercharge clean energy adoption in Colorado,” said Colorado Energy Office executive director Will Toor. When the proposed state tax credits will start will be part of negotiations with budget writers in the legislature, Toor said.

Consumers wanting to take advantage of new credits and rebates will have to pay attention. The newly proposed spending by Polis for the 2023-24 budget year beginning July 1 will have to be approved by the legislature, though Democratic dominance in the statehouse makes that likely. Rules on credits would go into effect sometime after that.

Meanwhile, implementation of the $7,500 federal EV credit is so complicated that the IRS is recommending consumers narrow their choice down to a vehicle identification number they or their dealer can plug into a federal site to see if the vehicle qualifies. The IRS requires that a qualifying vehicle must have a battery made primarily in the U.S. or partner nations, and be assembled in North America.

Only the rules on assembly are in place now, Madsen said, while the battery rules are expected in March. Customers will have a wider choice of qualifying vehicles before the tighter March rules take effect, he noted. A buyer could get both the $7,500 federal credit and the $2,000 Colorado credit taken off the price at the dealership. If the expanded Colorado credit passes the legislature, that could be a total $12,500 price cut.

E-bikes are seen on Aug. 10, 2022, at Rocke Mountain Bike. Owner Caitlyn Murphy has run the rental shop since 2019 in Colorado Springs. (Olivia Sun, The Colorado Sun via Report for America)

Colorado’s expanded e-bike rebate proposal builds on a two-year program already passed by the legislature offering $12 million to communities who want to distribute rebates. The new proposal will continue e-bike credits after that initial program runs out.

Denver’s e-bike rebate renewal rolls out Jan. 31 at 11 a.m., in part to give those without home internet access time to get to a library or other location to make a request. Other updated features of Denver’s program, which gave away 4,734 rebates in 2022:

Toor said he does not yet know whether state and local e-bike discounts will be stackable to cut even more off a purchase, and those details will be worked out in the legislature or in rule-setting.

“Denver’s program has proven people are not just interested in electric cars,” Madsen said. An expanded state e-bike program means “people outside Denver will have access to financial support to get them.”