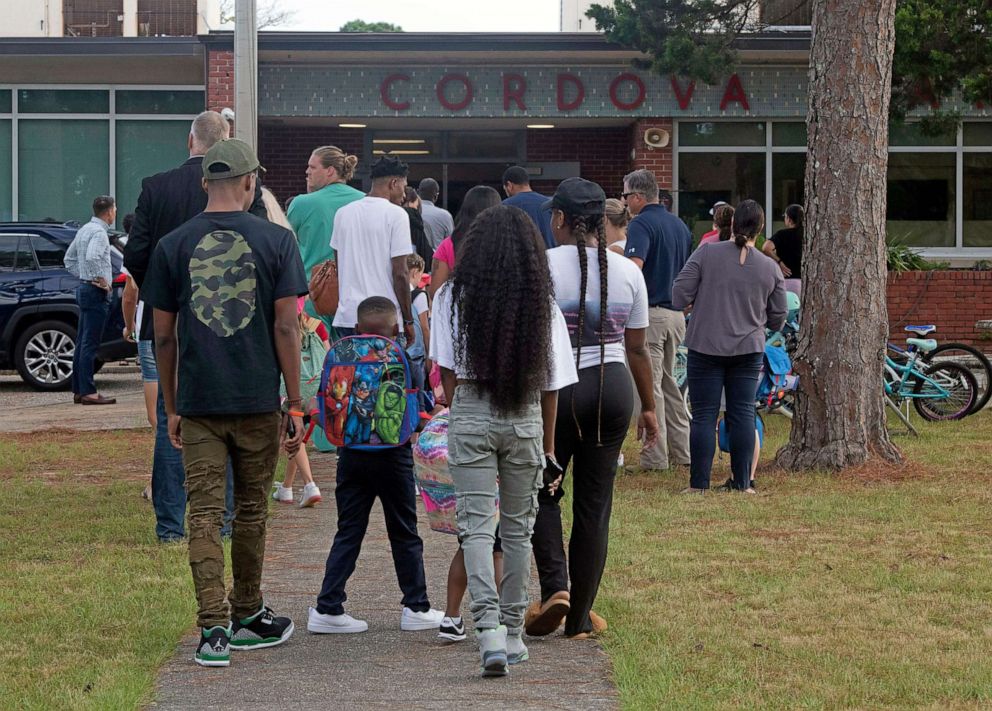 As children and teens continue to head back to classrooms, questions are arising about how much of a risk K-12 schools are when it comes to the spread of monkeypox.

More than 18,400 cases have been diagnosed in the United States since mid-May, as of Wednesday, according to the Centers for Disease Control and Prevention.

Most of the cases have occurred among men who have sex with men, a group that includes people who identify as gay, bisexual, transgender and nonbinary. However, the CDC has said anyone — regardless of sexual orientation — is at risk of monkeypox if they come into close, personal contact with a patient.

Of those cases, 31 have been in children, according to state officials from across the country. Texas has the most confirmed pediatric cases with nine followed by California with six and Georgia with three.

Although the risk to most children is low, school officials are keeping an eye out for possible infections.

Ng said most schools she’s spoken with are not currently creating new health guidelines to address monkeypox because they’ve already had policies and strategies in place for communicable diseases, many most recently used to address COVID-19.

“So, it’s making sure those are current, up-to-date, that they know what they are, that their school health staff are versed in them,” she said. “And then just diligence on behalf of the administrative team and the health team to know what local and state health policy guidance is and then topping off with the CDC guidance and recommendations.”

Two weeks ago, ahead of most children heading back to school, the CDC released monkeypox guidance for K-12 schools, day cares and other settings serving children and adolescents.

The federal health agency said the disease risk to most Americans under age 18 is low but that schools “should follow their everyday operational guidance that reduces the transmission of infectious diseases.” Examples include staying home when sick, proper hand-washing etiquette and “routine cleaning and disinfection practices.”

The CDC also recommends schools consult their local or state health departments for questions about what to do if someone develops symptoms and testing for monkeypox, as well as notifying parents if a case is diagnosed among a student or an adult.

Linda Mendonça, president of the National Association of School Nurses, said the guidance has been especially helpful for school nurses, who are often required to relay health information to the community.

“It certainly is helpful to have that, and it provides us talking points and information to share with our school communities,” Mendonça told ABC News. “For instance, letting you know, parents know to keep children home when they’re sick; to make sure we’re washing hands cleaning and disinfecting and doing all of those things that we would do for pretty much any kind of infectious situation that we might have in the school setting.”

The district said it will keep up with the cleaning protocols set in places for schools, including using UV-C disinfecting lamps — which use ultraviolet light — in classrooms and other facilities.

Parents and families escort their children to Cordova Park Elementary School on the first day of school, Aug. 10, 2022, in Florida.

“NCSS facilities employees will thoroughly clean and disinfect classrooms and other areas at both schools this afternoon to ensure ongoing safe and healthy learning and work environments for students and staff. Both schools will be open tomorrow,” the district said in a statement.

Dr. Perry Halkitis, dean of Rutgers School of Public Health, told ABC News that while there is a risk of transmission from touching infected bedding, towels or clothing of a monkeypox patient or contaminated surfaces, the riskiest mode of transmission is sexual encounters with someone who is positive or prolonged skin-to-skin contact with an infected person.

“The parents who should be the most conscious, the most aware, the most opening conversations with their children are the ones who are potentially have children who are engaging in really intimate behaviors with others, which could lead to the transmission of monkeypox,” he added.

However, while he encourages parents to ask questions of what schools are doing to make sure kids are protected in general, he advises mothers and fathers not to panic.

“I think the more important thing I would say to these parents is let’s be aware that we’re still dealing with something called COVID-19, that there’s a new booster going to be available sometime in the fall,” Halkitis said. “Let’s talk about whether or not your child is vaccinated for that.”