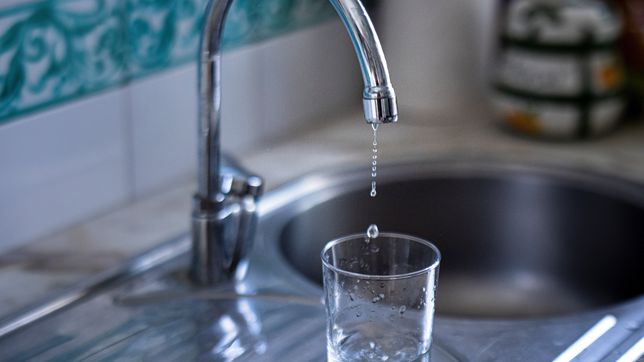 Drinking tap water is a very daily gesture, even more so in summer when high temperatures force you to hydrate continuously. However, when doing so, it is recommended to let the water run for a period of time and not drink it immediately after opening the tap.

The reason behind this lies in the fact that the amount of time water spends in the distribution pipes and sitting in the household plumbing notably favor that water containing certain metals that, in some cases, can be harmful to health.

One of these metals, which Congress restricted its usage for water pipes and plumbing in 1986, lead is of special concern, especially in older buildings and areas where water distribution infrastructure containing this highly poisonous metal hasn’t been replaced. Another is nickel, an element that is not useful for the body and, on the contrary, can be toxic if ingested in high doses.

“The amount of time to run the water will depend on whether your home has a lead service line or not, and the length of the lead service line,” according to the Environmental Protection Agency guidance on lead in drinking water. You can contact your local water utility for recommendations on how to flush out your pipes as well to find out whether you have a lead service line, and if so, its characteristics.

The agency recommends running the cold water tap for between 15 and 30 seconds to flush out the pipes of any faucet that hasn’t been used for more than six hours. Another way you can tell when you have flushed out the water that has been sitting in the plumbing is to put your hand under the water flowing from the tap until what comes out is noticeably colder.

If you need to boil water for cooking, drinking or preparing baby formula, you should always use the cold water tap. Hot water can dissolve more lead, more quickly.

Millions of lead pipes remain in America’s drinking water system. Experts say lead from these “underground poisonous straws” can spike suddenly — and the only solution is removal.

But no one knows how many lines exist or where they are. https://t.co/Bh0Ners7Y1

There are people who are highly sensitive to nickel for whom drinking water with a high content of this metal can experience health problems such as the aggravation of allergic phenomena. According to the Agency for Toxic Substances and Disease Registry at the CDC, around 10 to 20 pecent of the population is sensative to nickel.

Since 2005, the European Food Safety Authority (EFSA) advises not to drink the first jet of tap water. In the US, the level of nickel is less than 100 parts per billion or 0.1 mg per liter. Drinking water in the US generally has between 2 and 4.3 ppb with the highest levels recorded, roughly 72 ppb, were found near a large natural nickel deposit where it is mined and refined.