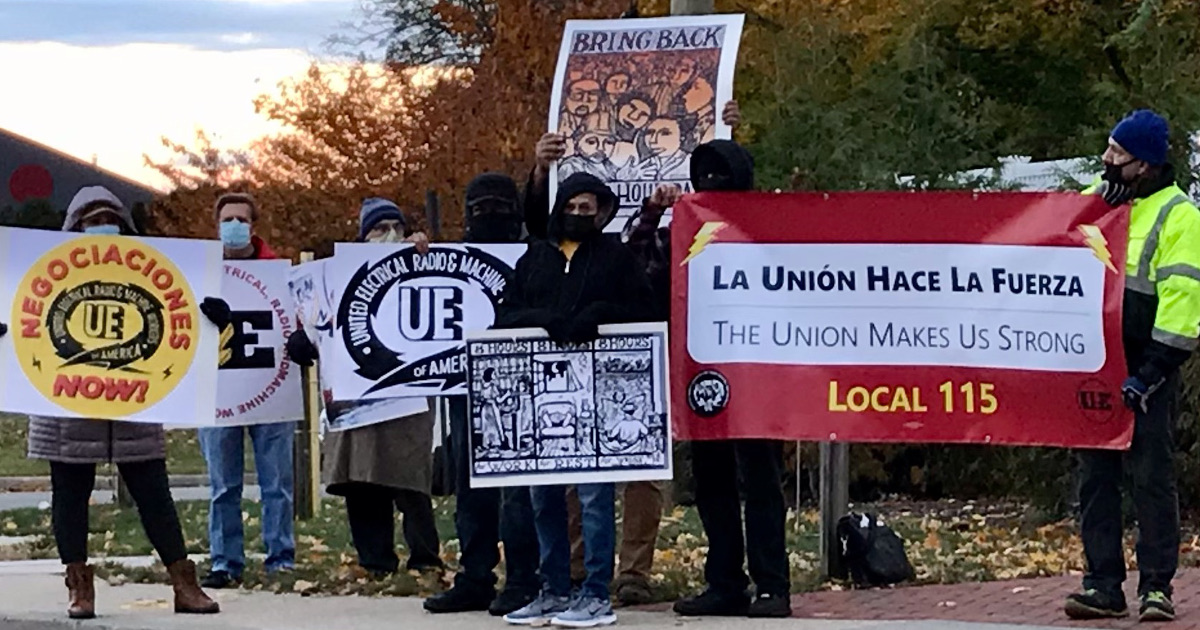 240 workers at a Refresco bottling plant in Wharton, New Jersey won their election for union recognition May 21. After two years of intense struggle and against all of the dirty tricks the boss could muster, these workers have made it clear that they won’t back down until they get what’s right.

Workers at the Wharton plant began organizing in February 2020. They had faced years of abusive supervisors, poor safety conditions, low wages, and an unforgiving attendance and scheduling system. Anthony Sanchez, an employee at the plant for 15 years, said he started organizing with his co-workers to stop the “despotic attitudes of our supervisors and the management.”

The company had plans of their own though. Refresco is the largest multinational bottling company in the world and made over $2 billion in profits in 2020. The company purchased the Wharton plant in 2016 along with other smaller competitors, and began making changes at the expense of the workers. They began cutting health insurance benefits by shifting costs to workers, and already-low wages stagnated.

Refresco saw the pandemic as an opportunity for them “to institute 12-hour shifts which they had been wanting to do for a while,” according to John Ocampo, the United Electrical Workers organizer on the campaign. This change from 8-hour shifts would be immensely draining on workers. Meanwhile, they ignored serious health concerns raised from the pandemic.

Diana Acevedo, a Refresco Worker, reported that “One of my co-workers had gone to management to ask them to stop production so that they could disinfect and so we could have better safety protocols concerning our health. And the manager just said no and told us we were “essential.” The company even claimed that “experts” told them that if workers get COVID, to let the fever run and “drink gatorade.”

In response to rising COVID cases, the workers staged a walkout on March 21, 2020, demanding adequate protections and contact tracing. While the employer didn’t concede on these demands, it began to build the workers’ confidence in their own collective strength when they are organized.

In a year’s time, the workers would bring together a majority of their co-workers to form a union. With a majority on union cards, they went public and filed for a National Labor Relations Board election.

Refresco was determined to crush the union by instilling fear, confusion and hopelessness. Acevedo described how during the run up to the election “Our cafeteria is covered in anti-union propaganda, the TVs are displaying anti-union messaging, so we’re bombarded with this anti-union messaging – false information, of course.”

The company also ran captive audience meetings, a very common anti-union tactic. They hired Lupe Cruz, a union organizer turned anti-union consultant to run them. Cruz specializes in “bilingual consulting,” which the company believed would be especially important for the over 85% Latino workforce at the plant.

The union busting meetings were presented as “classes” to teach the mostly immigrant workforce about U.S. labor law. Unsurprisingly, they were imbued with anti-union messaging against the national union and urging the workers to vote no. Anyone who spoke out against this was kicked out of the session.

Despite everything the company threw at the workers, the union turned out in support and won the vote in June 2021. In light of the victory, the workers could see their strength and their worth.

“We do the work that makes this company rich. But they only see us as dollar signs, not people. This was our time. It was now or never. With our union we will finally win the better pay and respect that we deserve,” said Cesar Moreira, a Refresco employee for seven years and an immigrant from Ecuador.

The NLRB and another dirty trick

Rather than recognize the democratic will of their workers and negotiate, Refresco would proceed to spend the next nine months making bogus claims to overturn the result of the election. According to Ocampo, “At no point has Refresco alleged union misconduct. They alleged that the National Labor Relations Board agent who was conducting the election opened the voting center up at 6:05 a.m. one day instead of at 6 a.m. when the polls should have opened.”

The NLRB ruled in favor of Refresco, overturned the result of the election, and required a second election be held.

Leading up to the second vote, Refresco once again ramped up their anti-union campaign in the plant. They likely thought this time they would drive home the message of hopelessness even more than before.

But in fact, support for the union grew between the first and second election. Licinia Ochoa, a Refresco worker and Colombian immigrant said, “There’s a bunch of folks that voted no the first time that now want to vote yes.”

And sure enough, the union succeeded in their second vote by an even greater margin than their first election. The workers would not allow the boss to rob them of their voice and their union. The fighting attitude of these workers and their victory surely won’t end here.

Just days before the vote, Ochoa spoke to the potential of their union win. “And this way, other Refresco plants can organize and form their unions. Refresco can’t imagine what a blow we’re about to land on them.”