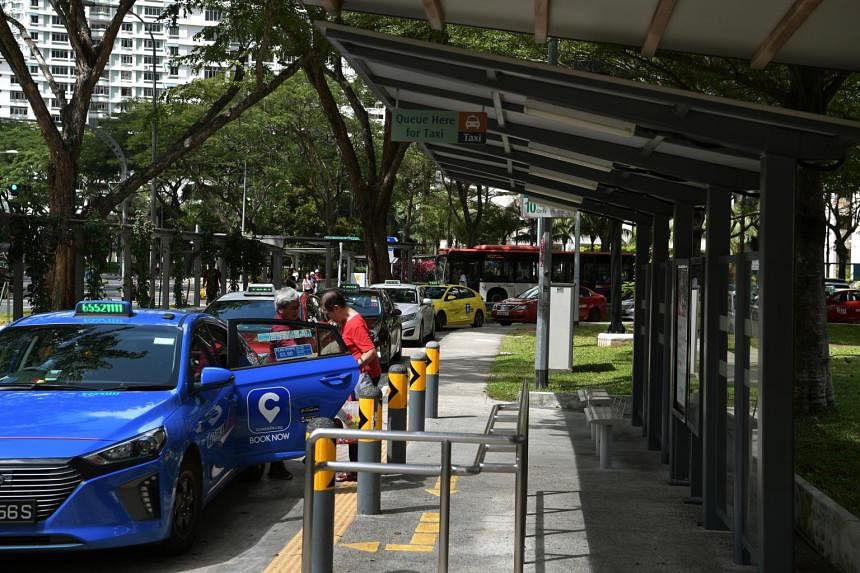 SINGAPORE – By about noon on Monday (Aug 29), Grab driver Sabrina Tay had driven eight groups of passengers. All were masked, except a group of boys. When they got in, it made her nervous.

“They told me that from today, they don’t have to wear a mask in the car any more,” Ms Tay, 43, said. “The law changed. I learnt about it over the weekend but it doesn’t change that I have elderly parents at home who are ill and cannot afford to get Covid-19.”

Monday is the first day of Singapore’s change in mask mandate, which has made wearing masks indoors, including in taxis and private-hire cars, optional.

The rule change for taxis and private-hire vehicles has been divisive, going by online chatter, given the confined space and relatively prolonged exposure.

Where previously drivers could turn away those who were maskless, passengers now have the final say.

On Monday, drivers interviewed said about 80 per cent to 90 per cent of the passengers they drove in the morning remained masked.

With time, they expect more and more passengers to do away with masks. There is worry that it will become increasingly uncomfortable for drivers to state their preference as going maskless becomes more normalised.

“The law no longer states they have to. So I can’t really tell them what to do,” cabby Chew Yeow Tay, 57, said. “Once more people are familiar with the new rule, it will become harder for us. All we can do is disinfect but it’s not really of much use.”

Both Grab and Gojek sent out notifications informing users of the rule change, but did not directly address the issue as a potential source of conflict.

Grab acknowledged the change, noting that “it’s official” but “if you’d prefer to keep your (mask on), please do so”. On its app, one of the reasons that passengers can select as a reason for cancelling trips is that the driver is not masked.

As both drivers and passengers get used to the new arrangement, those interviewed said there should be an implicit agreement that the party who is not wearing a mask does so if the other is wearing one.

This applies to both passenger and driver, said cabby Kasbari Marmijan, 73, who pulls up his mask from his chin if his passengers are wearing one.

His chief concern is not Covid-19, but passenger complaints.

“Some people got Covid-19 last time and said they might have got it in my car,” he added. He keeps a physical copy of his vaccination certificate in case passengers ask if he has been jabbed.